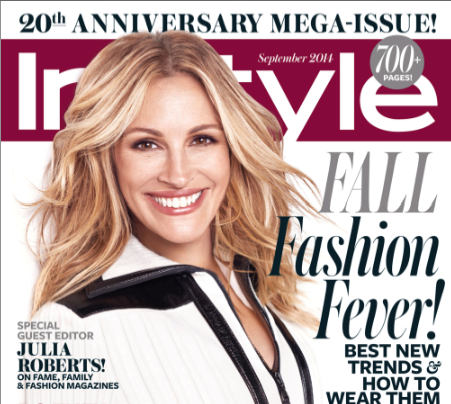 September is an all-important month for lifestyle and fashion magazines. That’s no different for InStyle. But this year, the publisher is celebrating its 20th anniversary, so the annual tradition comes with some extra weight — literally.

The magazine is celebrating with a “mega-issue,” with six-time cover girl Julia Roberts gracing its front– it’s biggest yet with 708 pages and 485 ad pages. The publisher is also unrolling a series of digital and social efforts, including a microsite. It used Snapchat to give its users a sneak peak of the September cover last Thursday.

“In the fashion publishing world, our biggest secret is who’s on the cover of our September issue,” Angela Matusik, the executive digital editor at InStyle, told Digiday, adding that Snapchat was the perfect platform for sharing a special secret with a special audience. While Seventeen was the first magazine on the platform last December, InStyle is the first magazine to be launching an issue cover on it.

InStyle launched its presence on the platform a month ago, to acquaint itself with the platform and accumulate a following before making the big reveal. It announced its Snapchat launch in its August issue and has been churning out four to five snaps or stories a week. 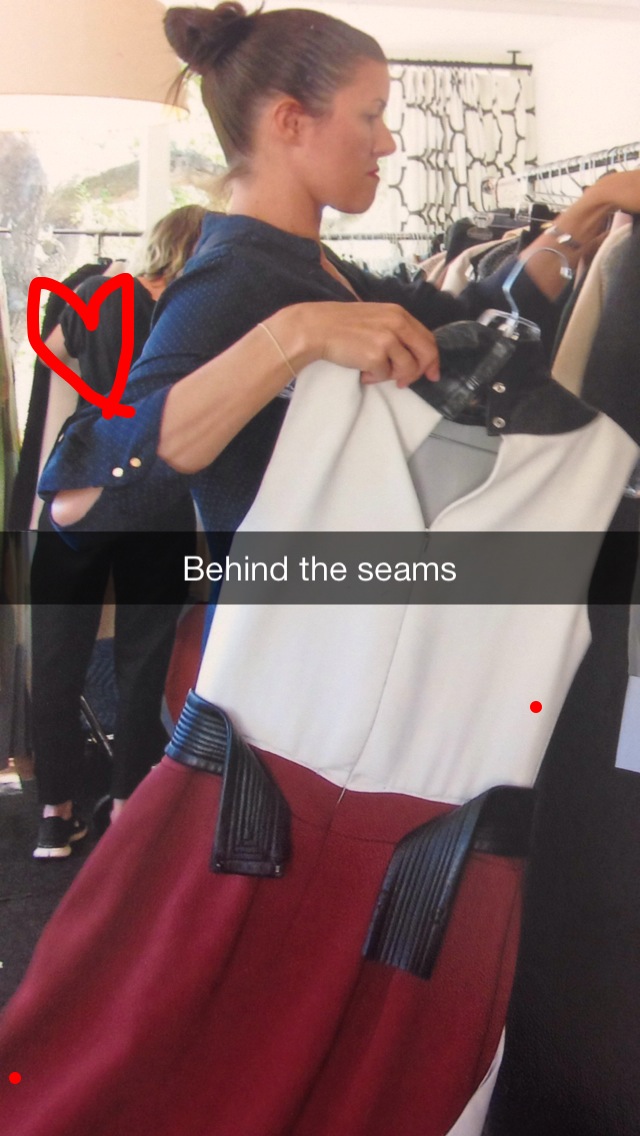 It seems to be working. According to Matusik, its followers on Snapchat have doubled over the past month and it has an 80 percent snap-opening rate among its followers — which a Snapchat spokesperson declined to confirm.

“Snapchat is really good at allowing you to be spontaneous and showing something that’s in the moment,” Matusik said. “We realized that pretty quickly.”

In addition to the cover sneak-peek, Matusik said that InStyle has experimented on Snapchat with behind-the-scenes office pics, glimpses of its editors at events and fashion-shoot outtakes of clothes and celebrities. But the platform is just one prong in its overall social strategy.

“When InStyle first launched 20 years ago, readers consumed media primarily through print,” Matusik said. “Now, readers are getting something different from each media touchpoint in their lives. Each platform has its strengths. People go to Pinterest for inspiration and DIY content, Twitter for newsier items, Snapchat for spontaneity and Instagram for access.”

“Our overarching strategy is to deliver our content to a wider audience by meeting our reader wherever she is,” she said. “On a tactical level, that means always playing to each platform’s strength and delivering our content in a way that gives our audience what they want, when they want it and in the format that is easiest to consume on the given medium.”

As such, InStyle has been working closely with Facebook’s data analysis team over the past one year to come up with the “Red Carpet Talk Meter”— a watch-list of keywords trending on Facebook about red carpets of events like the Oscars and the Golden Globes. This has led to a substantial increase in its Facebook followers, which is almost 3.75 million. The next talk meter will be focused on the upcoming Emmys. 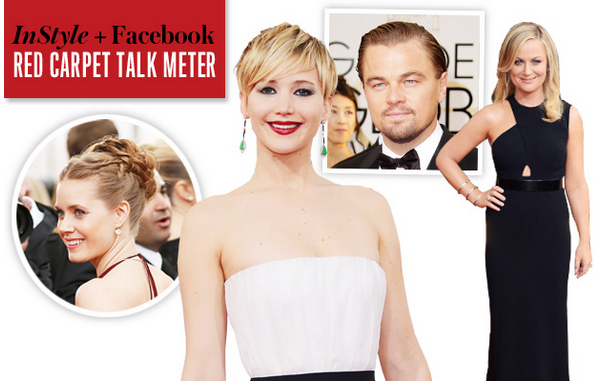 Elsewhere, Drew Barrymore made her Twitter debut with a live-tweet chat for InStyle last year, which according to Crimson Hexagon’s ForSight platform, generated over 1,300 uses of the associated hashtag #AskDrewInStyle on that day. Kate Hudson took InStyle’s Instagram handle by storm, sharing six pictures from Ibiza and gathering nearly 20,000 likes, and was also a guest editor for a day for its digital edition in July. Ariel Foxman, the magazine’s editor-in-chief, will do an “honest and open Q&A” on Reddit next week.

For the upcoming issue, the magazine is also leveraging the second edition of its in-house Social Media Awards — launched last year — to create buzz around its 20th-anniversary issue. Last year, the first-ever Social Media Awards garnered over 350,000 votes, nearly 750,000 pageviews on InStyle.com, and thousands of retweets on Twitter.

This year, InStyle has rounded up 56 of the most social media-savvy celebrities and designers to compete in this year’s awards, which are being promoted with the hashtag #InStyleSMA — which has been mentioned over 4,300 times over the past week, according to social analytics firm Topsy.

“When you look at all of the things that have penetrated our subconscious this year, like all the big pop cultural moments, it’s all about social media,” Matusik said. She also pointed out to the big way in which the fashion world at large had embraced visual platforms like Instagram and Pinterest, making new platforms an obvious move for it too. InStyle would hardly be living up to its name if it didn’t follow suit.

“When we first introduced our website, it was about translating print content for Web,” she said. “Now, it’s a 360 approach.”