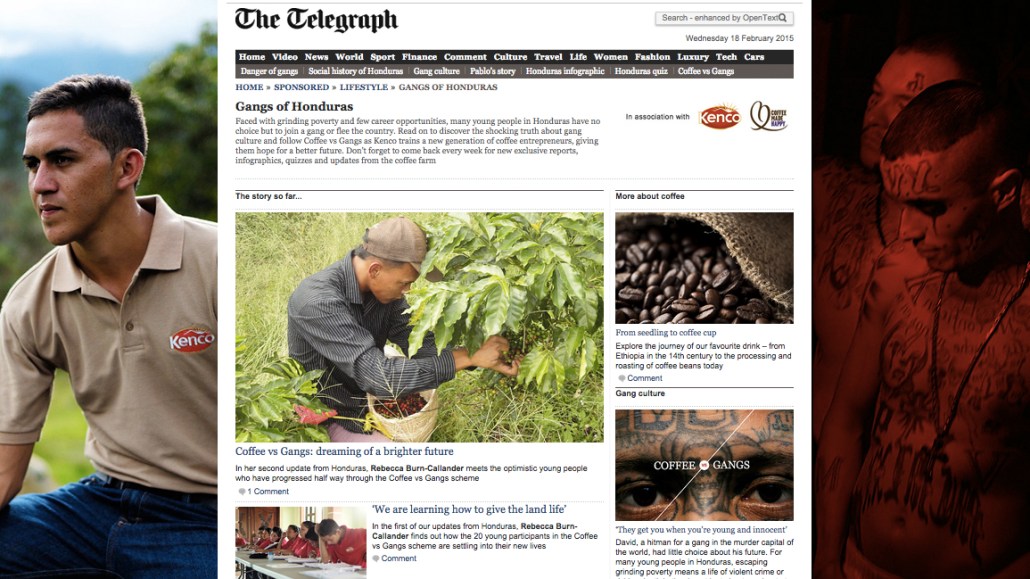 Just about any publisher worth its salt these days boasts a content studio, thanks to the rising demand for native ad programs.

They’ve got a very good reason to: The market for online sponsored content, or native advertising, is growing. According to the Internet Advertising Bureau U.K., digital sponsorship, advertisement features, in-feed and native distribution tools were worth £216 million ($331 million) in the first half of 2014.

So increasingly, publishers look a lot like agencies, they’re now set up to sell content campaigns across multiple channels, rather sell in silos. These new departments have also changed their approach to ad production, offering advertisers varying degrees of access to its sites and its journalists.

Here’s a guide to how four of these U.K. publisher sales departments have reinvented themselves.

The Newsroom, News U.K.
News U.K. created The Newsroom in November under the leadership of creative content director Tiffanie Darke, former editor of The Sunday Times’ Style magazine. Previously, the publisher of The Sun, The Times and The Sunday Times said the team was “swamped.” It was both selling and creating content without much assistance from the rest of the business, especially editorial. The Newsroom now has more resources, having hired designers, developers and social media experts, as well as a creative director from The Economist. There’s also more editorial support, from the paper’s reporters themselves.

The Newsroom’s launch campaign was a promotion for U.K. retailer Iceland, a long-time client of News U.K. that wanted its sponsorship of the hit show “I’m A Celebrity Get Me Out of Here” to live beyond TV. The Newsroom created a digital and print content about the show featuring characters Bush and Tucker reacting to content in real time.

“One of the things we wanted to offer was the ability to be nimble around the news agenda. That’s why we called it The Newsroom. As a news publisher, we’ve got the ability to move quick and produce a piece of content in a matter of hours,” said Darke.

“There’s definitely a realization amongst all the editorial staff here that if we want to produce really good commercial content both for our readers and for our advertising clients, we’ve all got to get our hands dirty with it to make sure it’s the best it can possibly be,” said Darke.

“There’s no point in selling commercial content to a client and saying, ‘We can do the content better than anyone else because we understand our audience’ if it’s not the actual journalists themselves doing the content. Otherwise, you might as well hire an outside agency. It has to be the people who write for the readers every day who produce this stuff, guide it and inspire it.”

Though editorial staff are invited to collaborate to help improve the content studio’s output, Darke insists it’s one-way traffic. She said the content studio doesn’t exert any influence over its journalists relating to the work they produce for the editorial pages.

Spark, Telegraph Media Group
In February, Telegraph Create changed its name to Spark, and hired a new data analysis team. “The way you drive engagement is by making content that people want to read, and you can best do that if you have the right data,” managing director Matt Cory told Digiday. “The days of doing it on a creative hunch were great, but now the data finally lets us know what’s working and what isn’t.” For example, Spark used search-referral data to tweak the content of a Kenco-sponsored microsite to be more effective for the advertisers.

Spark is also creating content for Lloyds Bank and Nikon. Some of its campaigns include content created by the advertiser and posted on site, such as the Business Reporter hub by Lyonsdown.

Guardian Labs, Guardian News & Media
The Guardian rebranded its commercial content division in February 2014, under the leadership of former agency executive Anna Watkins. The rebrand helped bring its various content and sponsorship sales teams together. It now has a single point of contact between the company and a brand when it wants to discuss content marketing. The company’s B2C and B2B brand partnerships sales teams, as well as its B2B sites called the Professional Networks now sit under one roof. (Disclosure, I used to work at the Guardian.)

Its staff of 130 includes project managers, sales people, designers, multimedia specialists, content coordinators and professional network site editors. Like The Telegraph, it too allows brands to publish their own stories on areas of its site called Partner Zones. Similar to News U.K., some of its editorial staff, chiefly those working on the professional networks, collaborate on commercial work. Examples of sponsored content campaigns by Guardian Labs include The Live Better Challenge, sponsored by Unilever; the small business trade mission sponsored by UPS and UK Trade & Investment; and Fixology, a how-to microsite sponsored by insurance firm Direct Line.

Guardian Labs has not released revenue figures publicly, but Media Week estimates it’s making £10 million ($15.3 million) or more, a significant proportion of which is attributed to digital campaigns.

Invention, part of Trinity Mirror Solutions
Trinity Mirror publishes Daily Mirror, Sunday Mirror and People, and the Scottish Sunday Mail and Daily Record. Its content studio was rebranded as Invention in 2014 with a team of 40 people, including creative editorial directors — journalists who now sit within its commercial team — and designers, project managers and planners. Invention also has an events division that helps it build campaigns around digital, print and face to face channels such as the Daily Mirror’s Pride of Britain awards. Notable advertisers include Blinkbox, which run a multiplatform campaign that incorporated native ads with a Eurovision song contest game on viral content site UsVsTh3m. It has also created digital campaigns for Asda and Vauxhall.

“Over the past 24 months, we have transitioned from a purpose-led team to a team focused on solutions through our re-branded commercial offering,” said Mark Field, director of Invention. “Through the course of this change, we spotted a shift in market demand, where brands were increasingly seeking to create bespoke content to engage our audiences directly. We saw this as an opportunity to develop content solutions at scale, leveraging our unique ability to bring their messaging to regional and/or national audience. 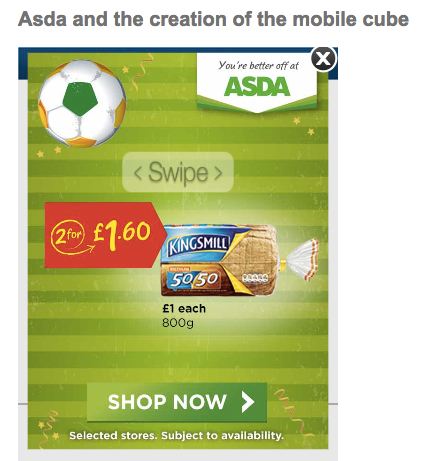