One year in, The Information sticks to subscription model 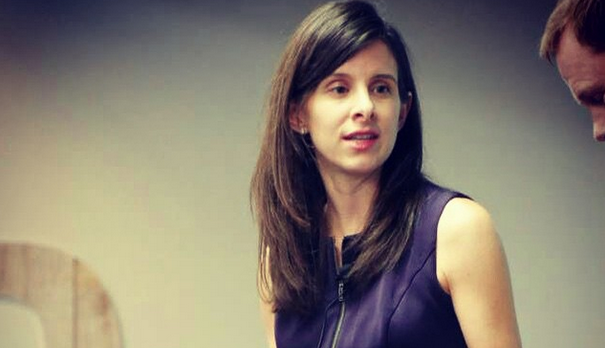 In late 2013, former Wall Street Journal reporter Jessica Lessin turned heads with the launch of The Information, a tech site that ditched ads for a $399 per year subscription.

The move was risky: Most publishers on the Web are chasing pageviews and ad revenue, two natural parts of the media ecosystem things that The Information deliberately shuns. The Information, along with sites like The Daily Dish, were betting that they could build a digital media model based solely on direct revenue from subscribers, even if that inevitably meant smaller audiences.

A little over a year later, The Information has a subscriber base “in the low thousands” according to Lessin, with executives in finance, technology and media. It has recruited top journalists like former Wall Street Journal editor Martin Peers and Amir Efrati. And it has broken stories such as Google’s Dropcam acquisition, Amazon’s deal to buy Twitch and an inside look at Disney’s move to buy Maker Studios.

“Audience obviously matters in the media business. You write stories to make an impact,” Lessin said.”But we’ve always deeply believed that quality over quantity is the way to go. We want to grow our audience, but we’re not hung up on eyeballs.”

The Information plans to sell more corporate subscriptions, which are far more lucrative than individual subscriptions, many of which readers are expensing to companies anyway.

While The Information is growing, its success is far from guaranteed. Starting a new media company is difficult even when its content is freely available. Putting it all behind a paywall makes growing that much harder.

“To grow, they need to create awareness, and people need to see what they are about,” said media analyst Thomas Baekdal. “A closed-subscription model makes that very difficult, because they are basically asking people to pay a huge subscription price up front, before people have any idea if it’s worth it.”

The Information’s editorial side, in contrast, is far less fixed. Not all of the site’s articles have been grand slams, Lessin admitted, and it’s also fallen victim to some turnover. Former managing editor Jonathan Weber and reporters Katie Benner and Eric Newcomer, all early members of the team, left within months of each other last fall.

“Some of the turnover has been deliberate on our part,” Lessin said. “It’s a process of figuring out the kinds of people we think are most valuable to us right now. We’re still learning what we need.”

Lessin said a sustainable growth strategy is to make sure that The Information’s reporting reaches even more corporate executives and early-stage entrepreneurs, which use the site’s output to inform their own business strategies. The Information, like The Economist and The Financial Times, is playing the influencer game.

“Pageviews is just the worst metric of all, because it will distract you away from all the things that matter,” Baekdal said. “The subscription model puts the reader into the hot chair, and suddenly everything is about making sure that you create enough value for that reader to keep wanting to pay.”

Lessin said that The Information’s re-subscription rate is “incredibly high.” The advantage of subscription models is the magic of auto-renewal, which provides a more predictable revenue base than the fickle ad market. For now, ads are not in the plan, nor is a tweak to the $399 a year price tag.

“The business is growing very fast,” she said. “We’re ahead of where we thought we’d be,” Lessin said.