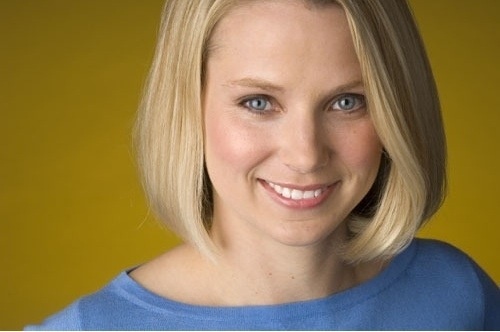 Struggling Web icon Yahoo has appointed Marissa Mayer as its fifth CEO in as many years, in what looks much like another desperate attempt to turn its fortunes around.

Mayer joins from Google, where she worked for over 13 years and most recently headed up its location and local services. According to The New York Times, she resigned from the her post abruptly yesterday by telephone, and will officially begin work with Yahoo today.

Below, some Twitter reaction to the news from digital media executives.

Mad Ave should hire an official ombudsman just to meet with the revolving door of Yahoo! CEOs.

I’m sure Marissa will prove to be great. But why did the board even make Ross interim (presumptive) CEO? Now yet another strategy shift.

4 CEO’s later and a market cap that has lost BILLIONS… I hope @Yahoo doesn’t think its a TECH company now… Y! is a MEDIA company! #Yahoo

and Yahoo moves away from media again…

Good luck, Marissa Mayer. Do the first generation of internet veterans proud. #in