How Bloomberg Media is managing churn and retaining subscribers 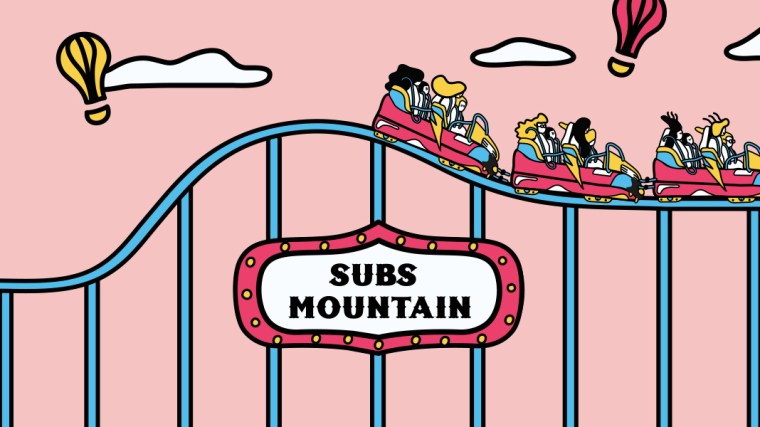 Subscriptions are essential, now more than ever for publishers. For many, thanks to the coronavirus, there’s also been a corresponding corona-bump in subs as readers flock to sites for news.

But gaining subscribers is only part of the story. The other one is churn. One factor that subscription publishers have to be wary of is going too low with introductory offers, especially when the subscription product is at a premium price. “The lower you go, the higher your churn is going to be so striking that balance is really important as well as having a lot of options,” said Lindsay Horrigan, global head of subscriptions & consumer marketing of Bloomberg Media.

In order to ensure that not only the number of subscribers was increasing but subscription revenue increased as well, Horrigan said experimentation was key.

The big question, especially for subscribers that have flooded in due to the coronavirus, is whether they will stick around beyond the pandemic.

“If it is indeed a different cohort, you have to look at what it was that got them to convert — then keep doing it. Most important thing is to deliver on what that expectation was from those people that converted,” she said.

In the latest edition of the Digiday+ Talks, where speakers focus on instructive and actionable content, Horrigan talked about experimenting for customer retention beyond the coronavirus, tips for messaging and marketing, and using propensity models to prioritize engagement.

Digiday+ members can access slides and full video of the Talk below.

01
Here’s what we learned

The pandemic led to increases in page views —Bloomberg had 120 million unique visitors across its digital network in March — as well as a boost in the number of active subscribers. Though the rate of new subscribers acquired during the pandemic has come down since its peak, Horrigan said that the company has achieved a sustained growth in new acquisitions that still remains about four times what its previous daily average was in terms of new subscribers.

“We are also seeing sustained churn and some cohorts are looking like they are performing better than some of our benchmarks as well,” she said.

Being experimental is key

Horrigan said that this week when she checked in with her team, she learned that there were 30 experiments running concurrently across the site to try and improve the subscription business. Some of them, she said, are a win, while others are not successful, but across the board, the experiments build off of each other and allow her team to be nimble in how they strategize to reduce churn and increase acquisition.

Using a propensity model for acquisition and retention

There are 30 attributes that Bloomberg Media measures when trying to understand its audience and their propensity to become and stay subscribers, Horrigan said. This enables her team to have an individualized experience for each of the readers who are interacting with the brand. 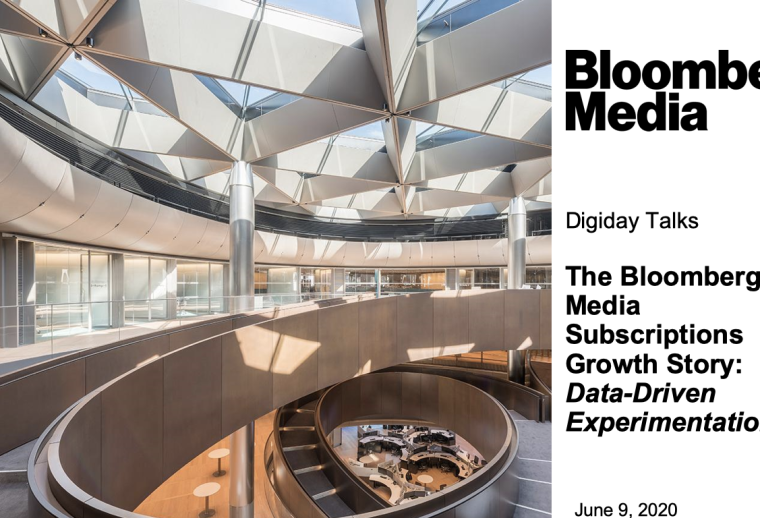 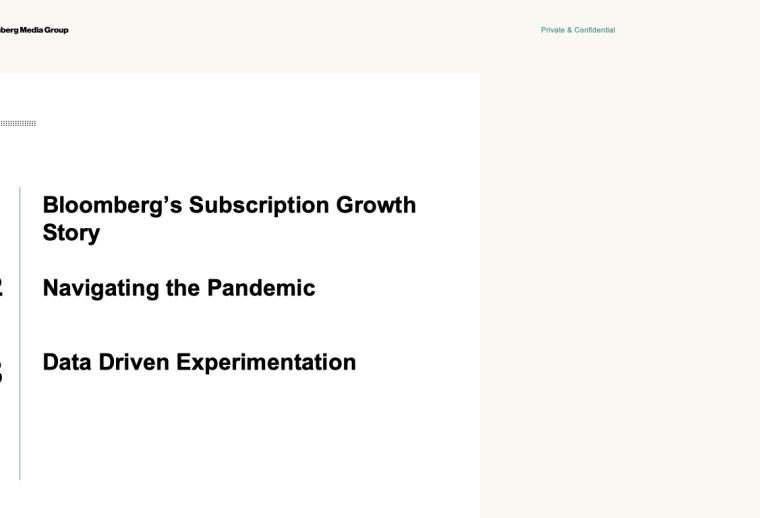 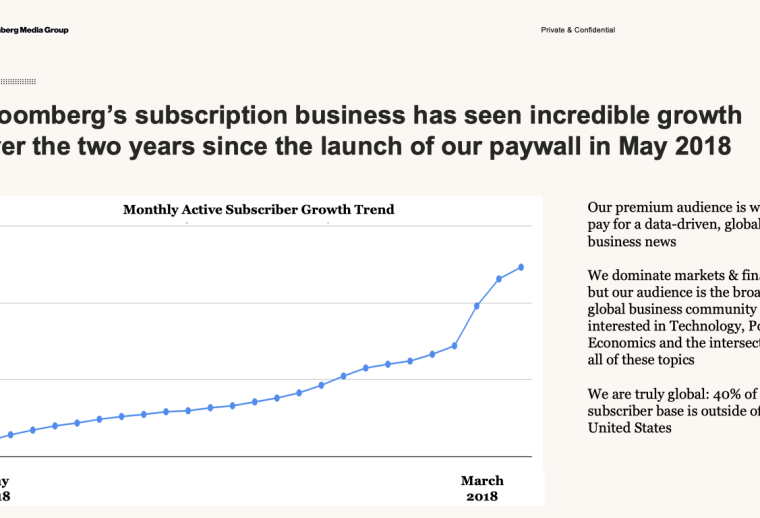 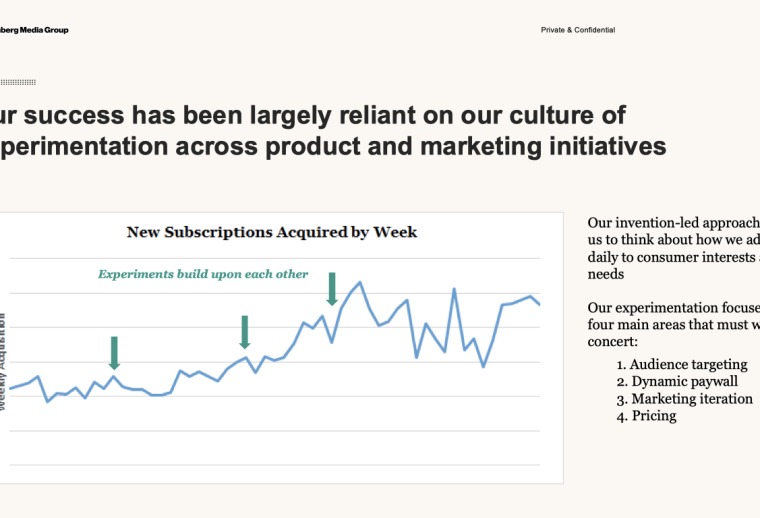 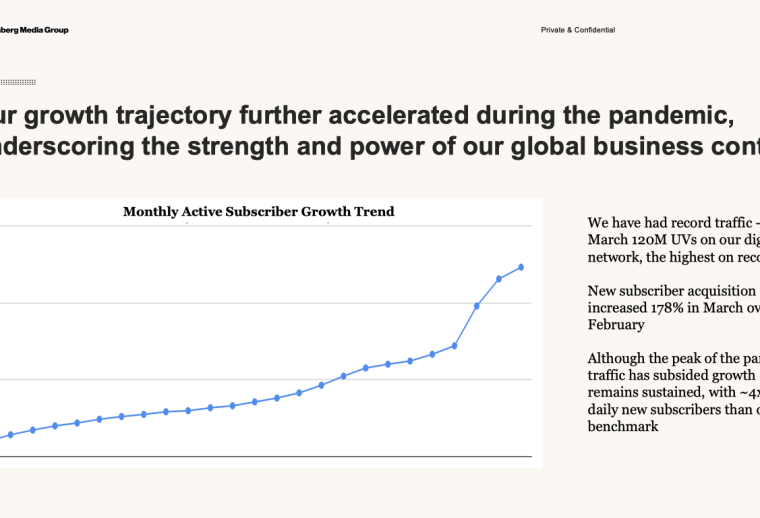 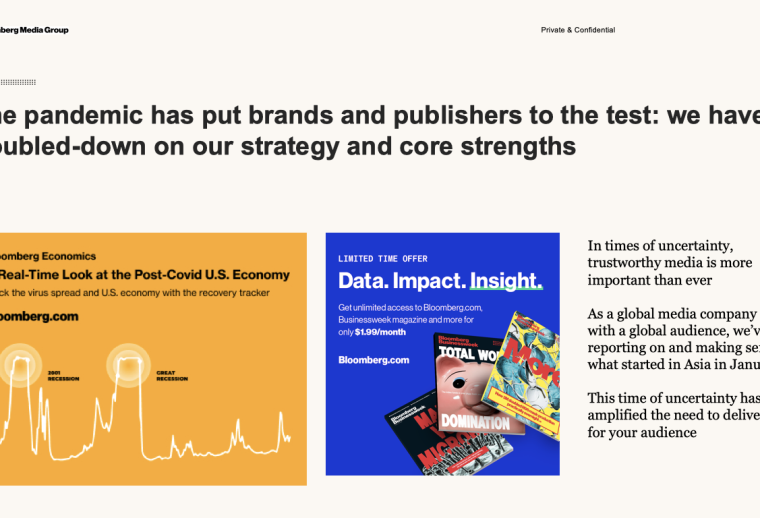 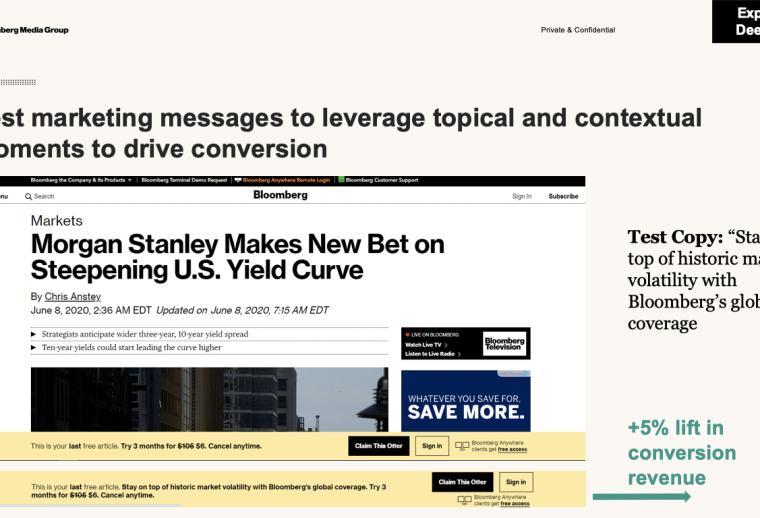 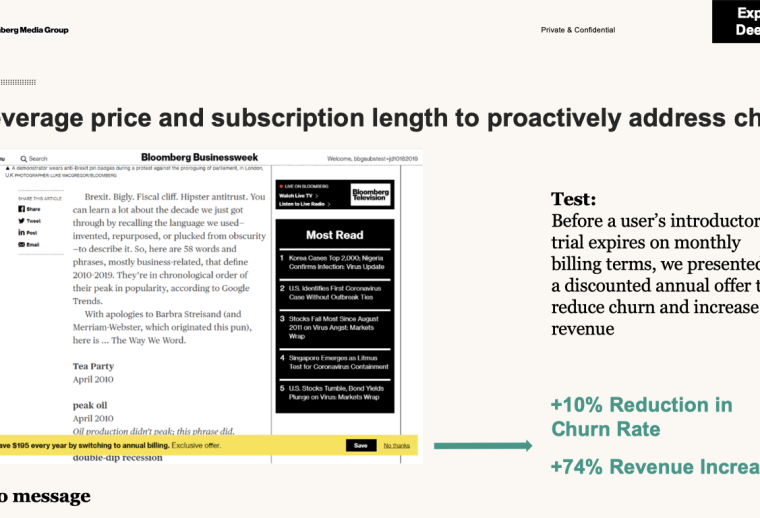 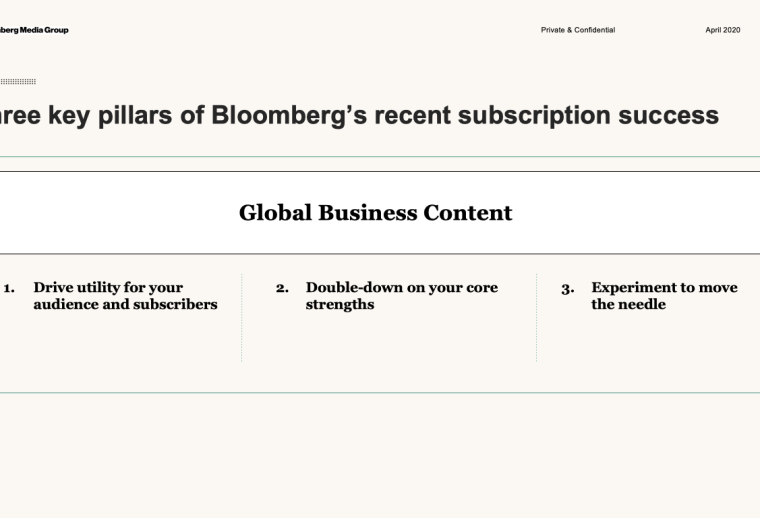 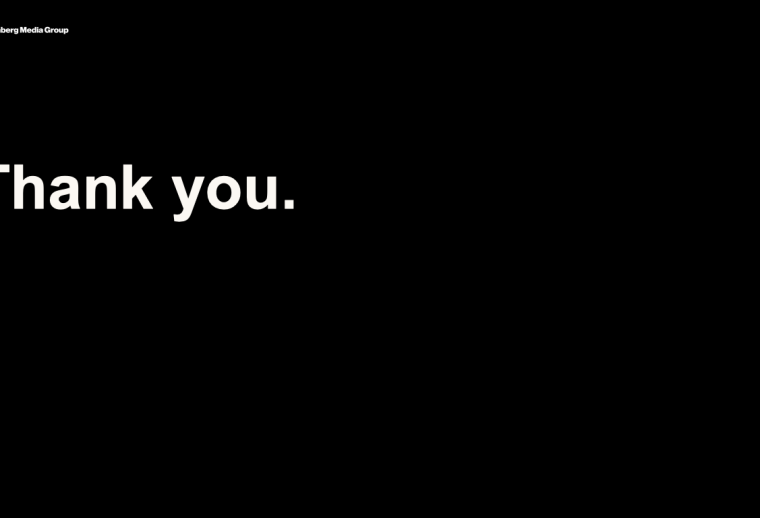