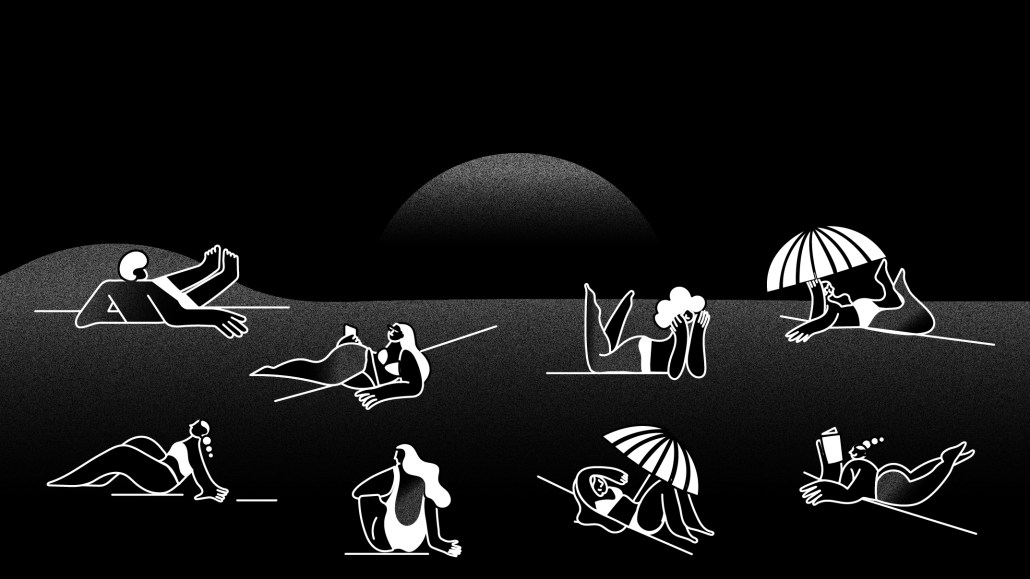 One of the most economically significant trends in online advertising over the last decade has been the emergence of publishing’s middle class.

Marketers are working more closely with publishers to replace lost data as third-party cookies crumble. The largest media holding companies are well-positioned — as are the savvier smaller publishers who dominate a niche. That leaves the ones in the middle in a more precarious position.

Anyone charting the trajectory of the industry has assumed this subset of publishers would continue to grow unabated, as relentless spending on online media pushed more dollars into those businesses. But those assumed truths stand to be uprooted by the industry’s protracted attempts to reconcile privacy and personalization.

The web is heading toward a collapse of the middle. As third-party cookies crumble, marketers are working more closely with publishers to replace this lost data. The largest, most respectable media holding companies are, of course, well-positioned — as are the savvier smaller publishers who dominate a niche. The ones in the middle, however, are in a more precarious position.

More often than not they’re too small to build — and subsequently sell — credible first-party audiences at scale. But they are also too large to have outsourced these tasks to a sales house. Third-party cookies were the bandage on the issue: they democratized the brand value of the site — and more importantly of audiences. It helped advertisers realize they could reach those audiences at a fraction of the cost compared to a premium site. Naturally, media dollars flowed to those publishers.

That spending could slow in the absence of third-party cookies. And if this happens, the same publishers risk being pushed out of the middle class and into vulnerability.

Sound familiar? The pandemic has been a cruel financial blow for many people on middle-class incomes in markets like the U.S., India and China. Of course, some publishers will buck the trend, but many others won’t be able to afford to. Not when advertisers are becoming increasingly dependent on publisher-managed audiences based on first-party cookie data to plug the gap. Selling those audiences sans third-party cookies isn’t cheap. There are sales execs to remunerate and technology to fund.

The upper class of publishers is doing a great job at providing some form of identity, whether it’s an email, credit card or something else entirely, that can act as a proxy for the historical, anonymous cookie. Everyone else in the middle can’t do that.
said Bob Regular, CEO of ad tech firm Infolinks

“The upper class of publishers is doing a great job at providing some form of identity, whether it’s an email, credit card or something else entirely, that can act as a proxy for the historical, anonymous cookie,” said Bob Regular, CEO of ad tech firm Infolinks. “Everyone else in the middle can’t do that — they neither have the content depth or the repetitiveness of producing it at a level that justifies gathering those identities en masse.”

Don’t be surprised if some of these publishers turn to companies like Infolinks and sales houses as a result. In fact, it’s already happening. The largest sales houses are already moving up-market. “It is common today to see a mid-size publisher that is outmatched in yield sophistication and sales presence by a small publisher that partners with a sales house,” said Chris Kane, founder of programmatic consultancy Jounce Media.

Take CaféMedia as an example. Similar to Hearst, CaféMedia monetizes large websites like heavy.com and spendwithpennies.com as a sales house. But it also does something similar for the long-tail of sites by aggregating sales operations across over 2,500 websites.

“We’re definitely hearing and seeing medium-sized publishers think harder about these sales houses,” said Matt Prohaska, CEO of Prohaska Consulting who says around half of his practice is medium-sized publishers. “Slowly but surely these publishers realize they can either continue to fight tooth and nail for a continuously smaller slice of media dollars and let Darwinism run its course or they could look at co-op style deals,” said Prohaska. “Joining a company like CaféMedia or Mediavine is an attempt by these publishers to make the latter point happen.”

Still, it’s not as straightforward for these sales houses as it sounds. First and foremost, working with a mid-size publisher is different from the smaller ones. Mid-tier publishers want to continue repping their inventory to agencies, for example. Commercially, this means they want the right to book insertion orders where the sales house doesn’t take a fee — and keep their own Google Ad Manager accounts.

The smart marketers are consolidating their spending into fewer, better sites so it’s up to publishers to justify their reason to exist on those media plans.
Rob Webster, chief strategy officer at media consultancy Canton

And even if those issues were overcome, their actions could be misconstrued as a breach of privacy. The reason being that attempting to use any new hook to correlate to identity is in and of itself potentially against the spirit of privacy.

Luckily, sales houses are one of a handful of options these publishers can pick from. Invariably, some will try to go it alone, specifically, those in niche categories that can attract direct-sold demand and gain an outsize share of contextual programmatic buys, said Kane. But that’s a hard route to follow. The go it alone strategy will require unsustainable traffic acquisition costs and disruptive ad experiences, said Kane. It’s no wonder there’s a strong case for the largest media companies to control programmatic operations for mid-size web publishers.

“The smart marketers are consolidating their spending into fewer, better sites so it’s up to publishers to justify their reason to exist on those media plans,” said Rob Webster, chief strategy officer at media consultancy Canton. “If you’re a smaller publisher then you can’t really do that on your own.”

Look no further than in Europe where a U.K.-based consortium that includes publishers ranging from the Guardian to Stylist Group, has been looking to bring local publishers into the fold.

“Audience scale is of huge importance in realising the value of publishers’ first-party data, in order to compete with the detailed targeting demanded by advertisers and offered by social platforms,” said Damon Reeve, CEO of The Ozone Project. “Few publishers alone have the requisite scale to truly compete with these environments — and let’s face it, we can’t deny they’re now a campaign staple for most advertisers.”

That’s where The Ozone Project comes into play. It’s to help publishers of all sizes create value from their audience, not just their inventory, said Reeve. “We work with all types of publishers; from a single brand publisher — such as City AM or Time Out — to a multi-brand publisher like Reach housing local, regional and leading national titles.”

Few publishers alone have the requisite scale to truly compete with these environments.
Damon Reeve, CEO of The Ozone Project

The Ozone Project is designed to help publishers secure more media dollars before they go into programmatic auctions on the open market where revues aren’t as guaranteed. The concentration of this supply has been happening for some time now.

The 27 largest media companies collectively control 189 of the 1,000 largest websites plus another 1,058 long tail websites. Collectively, those websites represent 37% of all DSP web spend, per Jounce Media.

Companies like CaféMedia fuel this too; they further concentrate those impressions up for grabs.  The 27 largest publishers plus the three largest sales houses control 11,972 websites that capture more than 50% of DSP web spend, according to Jounce Media. Expect this trend to pick up as cookies fade away, whether it’s through consortiums like The Ozone Project or M&A.

Whether these businesses ever get the chance to bounce back from publishing’s middle-class meltdown remains to be seen. Third-party cookies don’t even have a firm removal date from Google’s Chrome yet. If there is such a meltdown though, it could be a relatively short one.

Here’s why: If advertisers consolidate their spending into a top tier of sites then there’s going to be price inflation for those impressions, which means a drop in ad spending to value. The truth of the matter is that both the middle and long tail of sites are the workhorse of online advertising. So advertisers will need to find ways to buy those impressions in smarter ways not dependent on third-party cookies to offset the inflation. Going to the walled gardens will only yield more impressions because supply in those environments is finite. This is where the rebalance could occur.

“The risk outlined here — of the middle falling out — is a real one if media companies and publishers do not unite to combat it by creating co-ops and other second-party data sharing opportunities among each other,” said Cory Munchbach, chief operating officer at customer data platform BlueConic. “There are benefits to this from several perspectives, including maintaining quality and reach for advertising buyers; creating better data consent lineage across publications to preserve privacy; and re-centering publishers in this ecosystems as opposed to the ad tech players and walled gardens.”

https://digiday.com/?p=424692
Most Read
Trending in Life Beyond the Cookie
Digiday Top Stories
Go to mobile version