Pinterest has been making the agency rounds as it prepares to introduce ads to its platform, and Digiday has obtained mockups of what those ads will look like.

The images, provided by an agency that Pinterest recently pitched, show that Pinterest is pursuing a native ad strategy similar to Twitter’s. That is, Pinterest ads will look almost identical to the “normal” pins they’re displayed next to except for a “Promoted Pin” disclaimer at the bottom. They’re highlighted with a red border in the deck below, but that is just to single out the promotions to the deck’s readers: 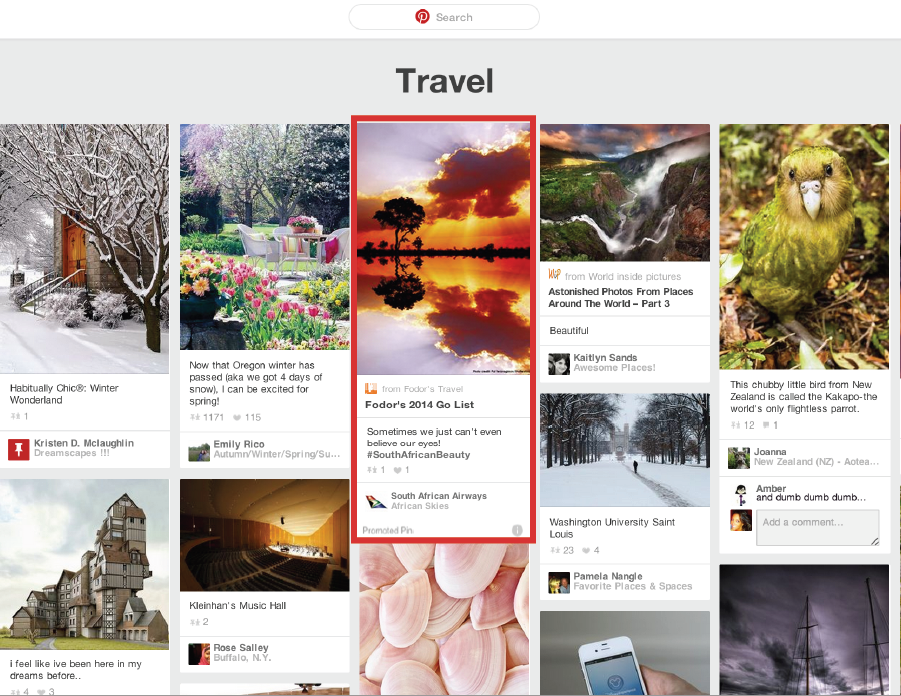 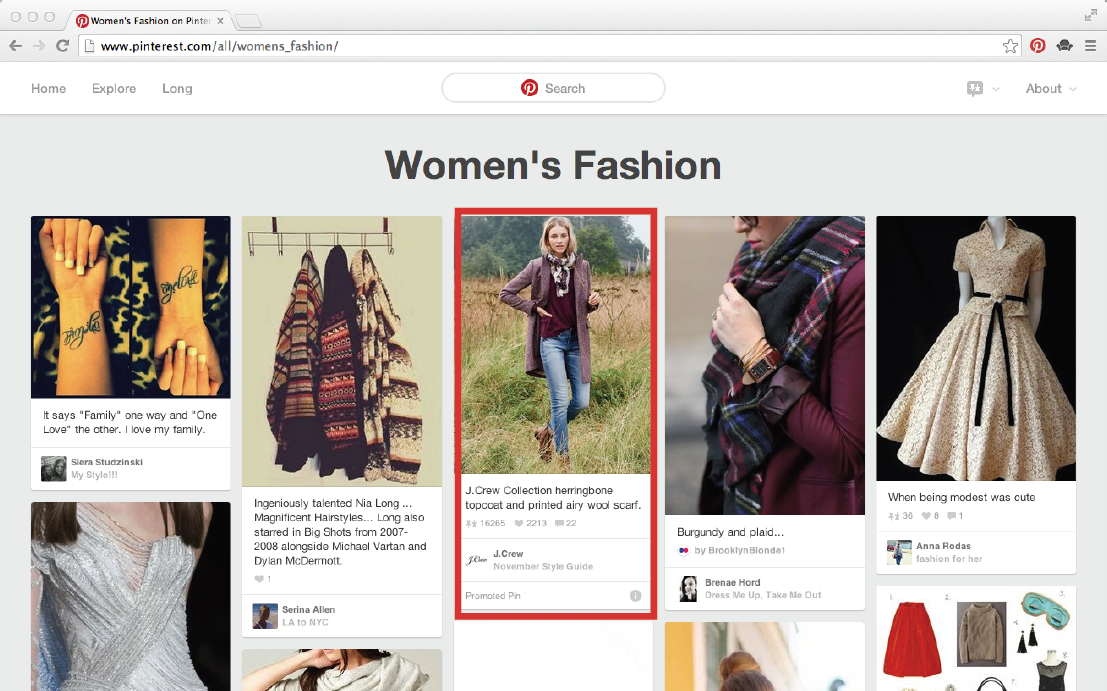 The agency also sent Digiday the pitch deck it received from Pinterest, which includes information on everything from how the ads will be priced to the timeline for their deployment. The agency requested that Digiday not publish the slides, however, since the pitch was customized for the agency’s clients, and publishing them would thus give them away.

A quick dig through the six-page deck reveals several telling details about Pinterest’s ad strategy. Here are the most important takeaways.

Women ages 25 to 54 spent a sum total of more than 3,500 minutes accessing Pinterest via mobile in January 2014, almost double that of Twitter (more than 1,800 minutes) and far more than Tumblr (194 minutes) and Flipboard (72 minutes), according to a chart in the deck.

Soft rollout in spring, big plans for the holidays
A timeline of Pinterest’s ad product plans shows that the first campaigns are scheduled to launch in early April. Pinterest is currently formulating case studies and trying to get agencies to agree on “beta terms” for the the upcoming launch.

In June, Pinterest will launch its “Video Pins strategy,” which will include conducting brand, sales lift and behavioral studies about the ads, in addition to formulating a PR plan for their rollout.

The last point on the timeline is pinned to the end of September and simply reads “Launch Holiday initiatives.” For Pinterest’s sake, let’s hope people start creating “Christmas List” pinboards this holiday season.