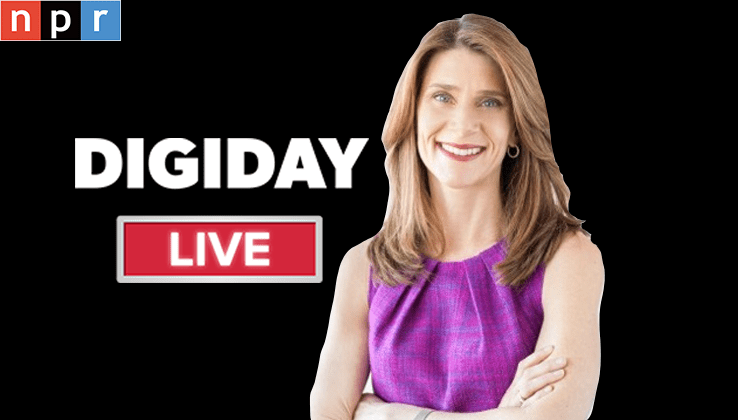 The majority of publishers may have turned on Facebook after the platform’s apocalyptic algorithm change early this year, which caused everyone’s big video views to dip. But Group Nine’s media brands did not feel the impact.

“We’re very happy with our relationship with Facebook. We haven’t seen the impact from the algorithm change, we’re monetizing effectively across all our brands but in particular, our video-first and social-first brands,” said Christa Carone, president of Group Nine Media, at last week’s Digiday Publishing Summit held in Key Biscane, Fla. “We do have the ability to directly sell Facebook mid-roll to our clients. As a preferred partner and publisher, we can go to market with that transactional inventory and say ‘Instead of going for an audience, if you want contextual relevancy and brand safety, you can buy direct through us.’ The completion rates with Dodo have helped with many meaningful deals in this space. Facebook works when you have scale, premium programming and a habitual audience.”

In an on-stage conversation with Digiday editor-in-chief Brian Morrissey, Carone discusses how the publisher is approaching platforms and going from social video to linear long form programming.

The decision to combine brands under Group Nine.
“Going back to what we saw in the cable days, there were a number of independent cable stations and it wasn’t hard to operate independently. You started to see some companies come together and bind independent brands to create a horizontal infrastructure for support. For example, Nickelodeon, MTV and such came together under Viacom. We looked at the pipes of distribution have been laid. We [firmly] believe that social platforms are controlling our distribution. There’s a number of independent players out there producing a lot of great content. We can give them more scale by consolidating and building one of the first digital media conglomerates.”

Sticking to the social strategy.
“Our brands very much rely on [multiple] platforms. NowThis and The Dodo were born on Facebook and exploded. A year ago, it would be very fair to say that they gave big numbers and 90 percent of that was from Facebook. One of our major goals for 2018 — and it’s proving out to be a very successful strategy for us — is diversifying our distribution across platforms. The Dodo is successful on Facebook because it’s the right content for the right audience. But it also performs well on Snapchat. And because it’s such a loved brand, we have also started merchandising that intellectual property and bringing it into linear play as well.”

How to go from three to thirty minutes.
“Facebook doesn’t own our content. We’re able to build our audience who get familiar with out brand. It’s the most ‘loved’ brand on Facebook, based upon the number of people who [react with] the heart [on our videos]. We’re able to take some of those insights and start having discussions with linear properties due to the fact that the engagement on Facebook with the The Dodo content can translate into audience interest in linear. So we launched our first Dodo linear show called Dodo Heroes. It was very successful and we’re having a conversation about season 2.”

Look for partners.
“Mastering the three-minute video and knowing when you develop that creative arc, so that the mid-roll can come in at one minute and there’s enough tension in the video [to carry the audience over] is important. We’re not going to shy about partnering. Taking a three-minute video and thinking about a 22-minute linear video series is a big deal. We don’t know if it’s going to work or not. In certain situations, we brought in partners who have done this and we learn from them. You shouldn’t expect people who are good at three-minute videos to be also good at long-form linear video.”

https://digiday.com/?p=305213
Most Read
Trending in Publishing in the Platform Era
Digiday Top Stories