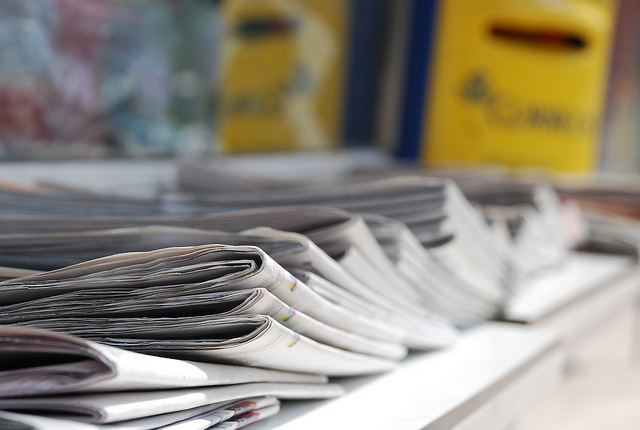 Publishers may increasingly focus their traffic growth on optimizing their content for social networks, but the Google News’ influence on traffic is still hard — and foolish — to deny.

On Thursday, Axel Springer, Germany’s biggest news publisher, said that it’s rolling back its two-week experiment that prevented Google from using excerpts of its content within Google News listings. While many European publishers have bristled at Google’s ability to freely use their content on its own sites, CEO Mathias Doepfner said preventing Google from indexing its content was tanking its traffic numbers: Traffic from Google dropped 40 percent during the experiment, and 80 percent from Google News.

The continued influence of Google News on publishers’ traffic might come as a surprise considering all the attention paid to the traffic coming from social channels like Facebook, Twitter and, most recently, Pinterest. Publishers today are spending far more time trying to get social readers to click and share than they are on landing Google searchers or Google News visitors.

“I’ve heard people call SEO dead literally since I started writing about it in 1996 — no joke. It’s sure taking its time dying,” said Danny Sullivan, founding editor of SearchEngineLand.

But it wasn’t always this way. The 2002 birth of Google News also launched a cottage industry of tactics and techniques aimed at helping publishers land the site’s top spots. Publishers knew that scoring a single story on Google News could help drive more traffic than any story could get organically. But Google News has always been a black box, and while publishers did their best to get in Google’s good graces, it was never a sure thing that Google would respond the way they wanted.

Today, the Google News lottery has largely been replaced Facebook, which has quickly become the focal point of publishers’ growth strategies as it overtakes their referral shares. BuzzFeed, for example, said in February that Facebook referral traffic to its BuzzFeed Network sites had surpassed that of Google over the past two years, with Facebook sending four times as much traffic to publishers as Google did. That makes sense, considering that BuzzFeed has long optimized its content around how people share, not how they search. BuzzFeed is making a big bet that that’s the future.

But BuzzFeed might be an anomaly. Despite the gains in social, Google still sends 35 percent of publishers’ referral traffic, according to data from Parse.ly. Those numbers are supported by data from SEO consulting company Define Media, which says that traffic from Google News still makes up 10 to 25 percent of publishers overall traffic. 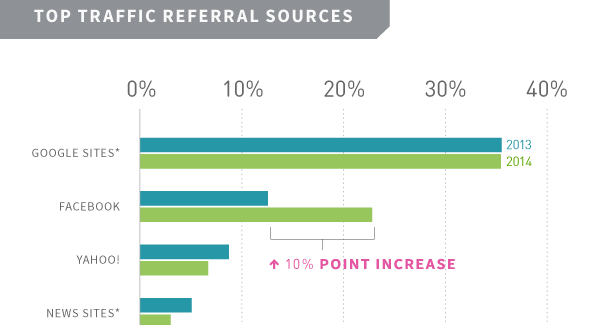 “Traffic isn’t a zero-sum game,” said  Shahzad Abbas, vp of digital media at Define Media. “We find that the publishers that are focused on both demands of social and Google News really are the winners. We don’t find that one is taking away from the other.”

But if Google search and Google News are still so influential, why are the shifts in social dominating all the headlines? One theory is that most SEO practices have matured enough that they’ve become media tablestakes. Publishers and their writers all know that getting on Google’s good side usually means writing in a language the regular people use and writing the most important keywords at the beginning of headlines.

“Newsroom search engine optimizers have spent years teaching an entire generation of writers how to do this,” said Danny Sullivan. “I suspect many are doing SEO without even thinking about it, in the same way you might write with AP style once you’ve learned it.”

Contrast that stability with the rapid rise of social networks, which have become the focal point of publishers’ growth strategies as more people use them. The existence of Google Plus shows that Google concedes that this shift is a real one.

Publishers say that this new social focus might actually be better for their readers. “If you fall into the trap of writing for Google News, you’re no longer writing for humans,” said Mark Spoonauer, editor-in-chief of Tom’s Guide and Laptop Mag.

Spoonauer said that while Tom’s Guide and Laptop Mag don’t actively optimize for Google News or search in general, the sites’ content still lands on Google multiple times a day, making it a significant part of the overall traffic pie. That makes it tough to ignore, even as more readers are coming in through social channels.

“It’s still way too early to write Google off,” he said.