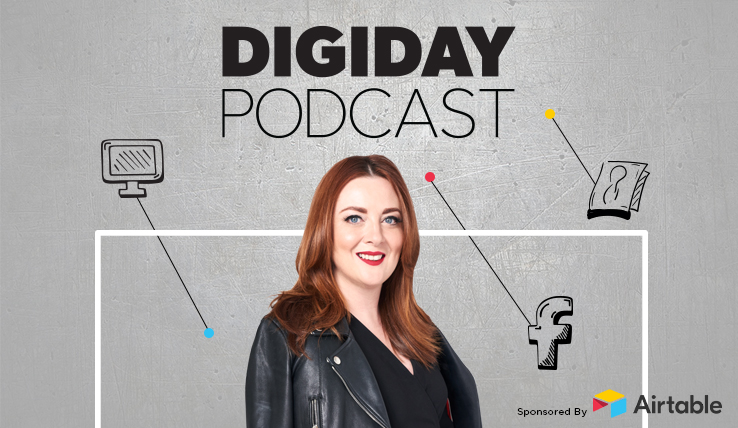 When Glamour tapped social and digital media aficionado Samantha Barry as its new editor-in-chief, she steered the team effort toward making Glamour a habit for readers online.

“I like to think about time spent [on the site] and habit. I cared about habit at CNN and now at Glamour,” said Barry, who was previously executive producer for social and emerging media at CNN, on this week’s Digiday Podcast. “Building that habit and brand loyalty is important to me. It’s harder [to measure habit]. It’s easier on owned and operated platforms by looking at the IP, who is coming and how many times. I don’t think we’re set up to look at habit, but as smartphones get smarter, it should get easier to track.”

While she waits for those tools, she is building habit for Glamour among readers through differentiated reporting. She explains it with a Kardashian example.

“If Kim Kardashian has pink hair, and someone writes two paragraphs and puts a picture, that’s not what I want on Glamour. You see it on seven other sites. It doesn’t make brand loyalty and have people dive deep. A story I do want is when Kylie Jenner writes a tweet and it sinks the value of Snapchat, and we do a story on which other women can move markets with social. We add another voice to that conversation.”

Glamour’s focus on women’s empowerment
“I’ve pushed the team to go deeper in the type of stories we can tell. We have stories coming out about why women voted for Trump. I don’t think the stories were being told properly. The majority of white women voted for Donald Trump. One of the things we’re trying to get after in our political coverage is come to it in a nonpartisan way. There are a lot of Republican women I want to hear from at Glamour.”

You’ll always find an advertiser
“We’re getting a lot more advertisers from the non-endemics — pharmacy, automotive brands. Advertisers understand the spending power of women, which is huge. Some of them are then fashion and beauty, who want to be adjacent to the fashion and beauty content. Some of it is also pop culture and entertainment. There’s always content that advertisers don’t want to be associated with. But there will always be an adjacency you will find. Advertisers will also realize that people are well-rounded. They will read about abortion as much as picking up a lipstick.”

Adding video
“I am also asking more and more [from the team] for the video element for digital or social. We never go in without a video concept now. I want our audience to know that there will be a video or a second-screen experience for them. We have to retrain our audience on what they will get when they come to our site.”

Making the right calls on platforms
“I’ve always had a good relationship with platforms. None of them is as important to me as cultivating that owned and operated experience both in print and our own sites because you have full control over that. You probably make more money if people come to you directly. Publishers have to make the best out of platforms, but be a little selfish and make the right calls.”