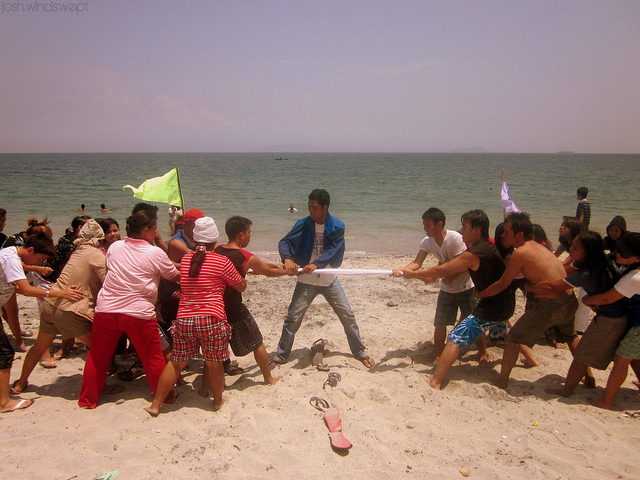 Gawker head honcho Nick Denton yesterday tooted the company’s horn for bringing in $2 million in revenue in one day. Not bad for a publication that claims to eschew traditional banner ads.

Yet for a publisher that believes banners are on the way out, Gawker sure is running a lot of standard ads. Click on a Gawker article, and the main image turns into an autoplay video ad that a user cannot close out of. On top of that, there’s a box ad on the right, an annoying 300 x 600 down the middle and what looks like a non-standard huge ad at the bottom.

“Those are a video ad product we have been running for a few years actually,” Gawker executive director of business development Erin Pettigrew wrote in an email. “Recently, it’s seen an increase in sell-through and delivery frequency, so more folks are noticing it.”

Seems pretty traditional, which is interesting since Gawker has trumpeted its disdain for banners quite often and quite loudly in recent months. Denton declared the beginning of the end-of-the-banner era in a May staff memo.

All this is not to say that Gawker isn’t working hard on branded content. While there hasn’t been a sponsored post on Gawker in at least a week, there was one on Monday on Gizmodo, Gawker’s tech site and one yesterday on Jezebel, Gawker’s women’s blog. It’s clear that the realities of the tug-of-war between traditional and non-traditional ad vehicles means that both need to live side by side for publishers. On the content-marketing side, Gawker recently elevated Jalopnik editor Ray Wert to executive director of content to help brand partners create content that fits into the Gawker tone.

Wert’s team works with brand partners to develop content that can run on its own, and while the idea to integrate brands into a publisher’s ecosystem is a nice one, the fact remains that agencies and brands aren’t the most forward thinking when it comes to their spend. They like what they know, and no matter how well a publisher — be it Gawker or The Atlantic — talks about introducing different types of ads beyond the banner, brands and agencies have no qualms defaulting to what’s worked in the past.

“Advertisers are trying to tell a story. And more and more, when it comes to sponsored content they don’t want throwaway LOLads like those you’ll find on BuzzFeed, Facebook, and Twitter,” Wert posted on Facebook. “Instead, they want what anyone with a story to tell wants — authenticity and editorial sensibility, something we have a half-decade history of providing brands.”