The Financial Times toughens its stance against ad blockers 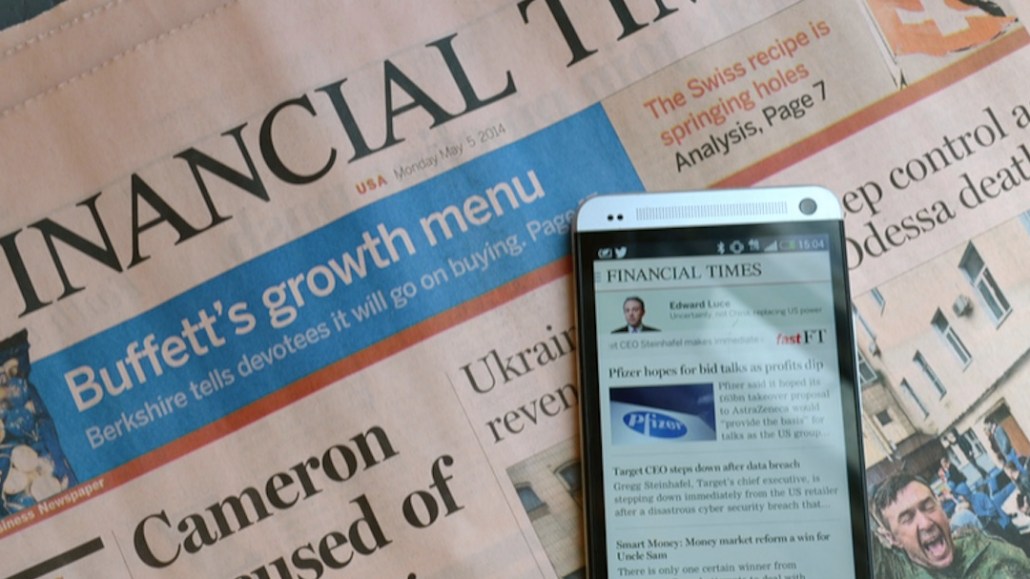 After running ad-blocking experiments last July to a select group, the Financial Times has blocked content for all registered users with ad blockers installed.

As of this week, registered users — those who have provided their email address in exchange for a number of free articles a month, but haven’t shared any payment details — are hit with a pop-up telling them to whitelist FT.com, then refresh their browsers to continue reading.

The pop-up message links to a webpage showing readers how to add the FT to their ad blocker whitelist, with added commentary on what ad blocking is, and the FT’s advertising policy.

Craig Bannister, senior product manager at the FT, said this is an extension of the four-week experiment the FT ran last July to a sample of 15,000. The FT ran three types of messages to 50 percent of the 30,000 registered users who also block ads, encouraging them to whitelist the site. These included offering unrestricted access to the content with a polite message; access to the content but with some article text missing; and a blanket ban on the content altogether.

As reported after the trials — and as other publishers have also discovered — blocking the content had the biggest impact, with 69 percent of people whitelisting the site when faced with the roadblock. Still, 40 percent of those who had full access to the content whitelisted the FT.

The FT tested the levels of engagement with its content before and after people added the site to a whitelist and saw no drop off in things like dwell time or numbers of articles read, although it wouldn’t share exact details.

“The content consumption after the whitelist was not affected, so we’re confident from rolling this out further this week that we’re likely to see those kind of results,” said Bannister, adding that it was too soon to see the impact of implementing the test more widely. “It didn’t negatively impact readers’ relationship with our content; that’s the most important thing.” At this stage, the FT is not exploring any tests with paying subscribers.

Advertising accounts for 40 percent of total revenue for the FT, the remaining 60 percent coming from subscriptions and events. As such, ad blocking is not as much of an issue for it as for other publishers that rely solely on advertising for revenue. Even so, for most publishers, ad blocking remains an industry-wide concern.