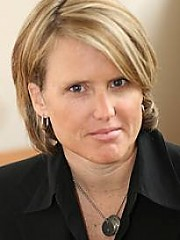 Each Friday we ask an industry leader to critique Digiday’s coverage of the industry that week. Deanna Brown, CEO of Federated Media Publishing, does the honors. Follow her on Twitter at @DeannaBrown.

Publishers Go Back in Time on Facebook
Digital media has long favored the young. Newer entrants didn’t have the legacies of the dinosaurs they sought to replace. But in some ways, Facebook is giving power back to legacy publishing companies, at least with its shift to Timeline for company pages.

DB: I had a great conversation with Josh a few weeks ago discussing what we refer to as Independent vs. Dependent media. It is nice to see venerable brands like the Times and the Journal that are embracing new social media tools to highlight their content. Obviously they are rightly focused on making that content more accessible/shareable, and by the engagement numbers on some of these pages, they seem to be moving in the right direction.

Ad Tech’s Me-Too Problem
Looking at investment banker Terry Kawaja’s famous landscape slide of advertising technology leaves many shaking their heads. Who are all these companies? What value to they provide that the dozens of other logos do not? The sensible reaction is to decry the “complexity” of advertising technology. (Digiday certainly has.) And yet, according to Kawaja himself, there’s a larger, if related problem: duplication. The fact of the matter is, many of these companies aren’t providing something all that special from the others. They persist because of the surplus of venture capital flowing into advertising technology.

DB: One of the things that I am constantly concerned with as a CEO is ensuring that we are clearly differentiated as a company in both our thought leadership position and our product offerings. There are so many companies on Terry’s slide who are either wildly reinventing themselves out of panic or numbly oblivious to the fact that they’ve become a commodity. Having the ability to remain focused and do one thing better than anyone else is not easy.

Digital Media Budget Flux
Brands like to talk a big game when it comes to new digital media opportunities, but deep down they’re still uncomfortable with the success metrics offered.

DB: We work with some pretty progressive brands, so naturally I was surprised with a few of these results. Search came in as highest? Aren’t we in a “post search” era? However, the fact that the second highest response was their brand’s own website is certainly consistent with our belief that all brands are publishers. The added benefit is that by owning your content, you ensure yourself freedom that you don’t get when you bury your content behind a walled garden.

Social Media ROI Arrives
If you ask most brands what their No. 1 complaint with social media marketing is, the answer will likely be not being able to tie their efforts back to sales and ROI. But up until recently, social media has mostly been an ego game of brands piling up followers, fans, likes. Ask for specifics of the value of all this, you’ll hear some murmurs and buzzwords.

DB: Naturally I have a bias toward anything that American Express does because they’ve been a fantastic partner of ours for several years now via OPENForum. I think this Link-Like-Love idea is fascinating and innovative and I expect to see many copycats. I also think that for brands that rely more on hard data to prove ROI, this type of program is going to really resonate with certain brands.

Confessions of a Publisher
Digital publishers have a tough job. Online advertising hasn’t been able to replicate the success of print ad revenues. There’s a fragmented audience that has been conditioned to believe that online content should be free. A publisher’s job sits at this intersection and many spend their days trying to figure out how to sell ad space, attract eyeballs and, of course, publish content.

DB: I have to say that the “Confessions” series sparks a ton of conversation around the water cooler here at FMP – it is such a unique spin on the topics we all discuss day in/day out. Naturally, we’ve doubled down on publishers and I hear a lot of these on a daily basis. I totally agree that the evaluation process is broken and many companies are picking and choosing which measurement tool serves them best. Will we ever have one resource that will fairly measure all sites – I wish I could answer that question!