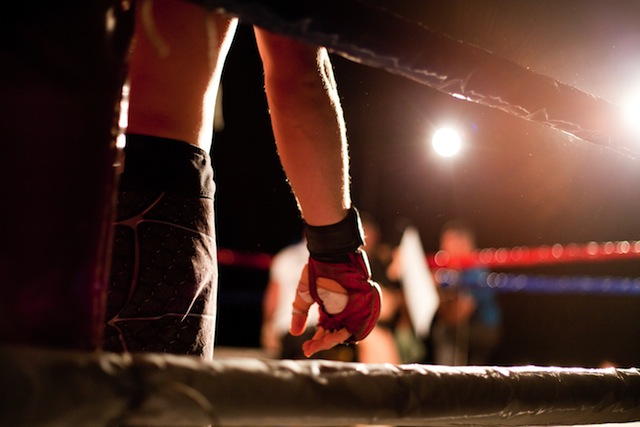 Twitter’s launch of Vine has been getting a lot of buzz, with brands like Adidas, Samsung and French Connection using the platform to create six-second video loops.

On the other hand, Facebook, which acquired Instagram in 2012, hasn’t done much with the photo-sharing app, giving off the impression that it doesn’t really know what to do with it — until now. Today Facebook announced that it will integrate video into Instagram, and the industry thinks it’s Facebook’s way of fighting for dominance.

“Facebook is losing relevance among the younger, cooler, more influential online trendsetters who moved to Twitter and other networks,” said Aubrey Flynn, brand content director for Ciroc Ultra Premium vodka. “Buying Instagram was a smart move to remain relevant, but that move was trumped with Twitter’s recent release of Vine. Now Facebook strikes back with video on Instagram to maintain its position as the most popular mobile application, by leveraging vine’s most popular feature — video.”

Starting today, when you go to take a photo on Instagram, you’ll see a movie camera icon. Tap it to enter video mode, where you can take up to fifteen seconds of video through the Instagram camera. Instagram has thirteen filters built specifically for video and when users upload their videos they can select their favorite scene from what they’ve recorded as a cover image.

Brands are loving the 15-second video option, whereas there was a lot of doubt about Twitter’s 6-second looping video model. “As a brand that has put a lot of effort into building an engaged Facebook audience, Instagram video and the 15 seconds available seems a more likely avenue to engage and entertain our audience with,” said Kenn Gold, director of content development at Publishers Clearing House.

Eden Zoller, principal consumer analyst at Ovum says that Facebook launching video features on Instagram makes total sense. In fact, he was surprised that Facebook took so long to make this move. There is no doubt Twitter will move fast to up the ante on Vine and this could undercut Facebook’s efforts with video on Instagram, per Zoller. Additionally, the videos for Instagram could be a good way for monetizing Instagram, something that Facebook has failed to do.

This move is part desperation and part logical evolution for Facebook’s Instagram, said Kasey Skala, digital communications manager at Great Clips. There’s been a lot of negative sentiment toward Facebook lately — both from users and brands. Keep in mind, Instagram has always had fairly high usage and adoption, but with how quick Vine caught on – and with the overall increase in video as a whole, Skala thinks it sent a little shockwave to Facebook.

“As an Instagram user myself, this essentially eliminates the need for me to use Vine,” Skala said. “You also have to take a look at this move from a business standpoint. Instagram is a mobile app and Facebook is focused on becoming a mobile platform. From a brand and ad standpoint, this is a pretty logical move to build the adoption and usage of video ads in Facebook’s mobile feed.”

Here are some more reactions from industry executives. We’ll be adding them as they come in.

Joe Barbagallo, manager of social media, Volvo Cars of North America
It’s a natural progression of the platform given the space they play in. Now users can share the essence of a situation through sight, sound and motion, rather than just from a singular perspective. Sharing a video, whether 6 seconds or 15 seconds, is a very different communication that Instagram wants to be part of and I give them credit for growing the platform in this manner. I think the main difference between photo and video sharing on social networks is quality. You can get away with a lot less (context and quality-wise) with photos than you can with video. There is a lot more work that needs to go into video content that users need to be prepared for. I think 13 million-plus Vine users have shown a maturation in sharing social video. Given Instagram’s large user base, it will be interesting to see that maturation accelerate.

Dave Surgan, senior manager of strategy, Morpheus Media
Facebook is filling a major piece of the puzzle with Instagram Video. Text, photos, and videos are the primary types of content we share with each other. Facebook already has succeeded as a destination for posting updates and photos, but video has never taken off in the same way. Instagram’s abbreviated video format helps users share moments with plenty of differentiation from Vine. The large community of users already checking their Instagram streams throughout the day is a major differentiator for brands determining where to invest their time and resources.

Bob Goodman, svp, director of user experience, Arnold Worldwide
Photo and video content from friends and family is at the heart of what keeps people tuned into Facebook. So this could generate a lot more of it. Facebook is starting to use Instagram as an on-ramp to the way people capture their everyday experiences on mobile.  It’s easy for people to take quick pictures and video using their phone, so extending Video capture to Instagram and tying it into to Facebook feeds is natural evolution. The  challenge will be getting the user experience right. If the new video feature doesn’t feel like something that happens instantly, it could turn Instagram users off. But if they get this right, it helps Facebook bridge some of the gaps in their mobile experience and keep their social video content flowing.
Ron Faris, CMO, Virgin Mobile
It makes sense on a few fronts. It’s a defensive move to blunt Vine’s momentum and prevent an exodus of instagrammers for a more robust experience.  But more importantly, it starts to widen the growing chasm between Facebook and Twitter and walling their gardens. Whether it works, however, is a different story.
https://digiday.com/?p=41443
Most Read
Trending in
Digiday Top Stories