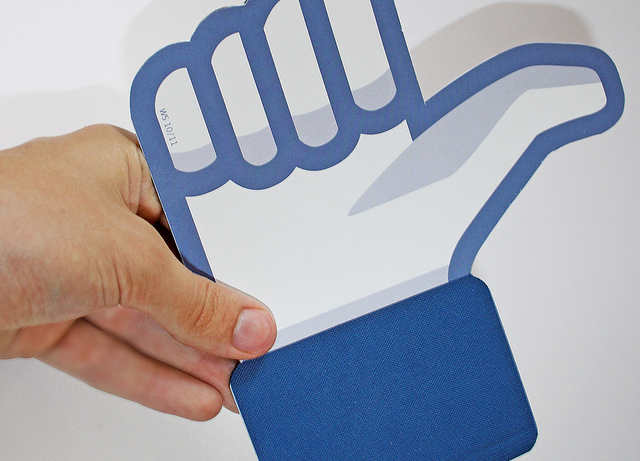 The millennial mom who documents her child’s every development. The newly engaged couple that just posted their save-the-date photos. The brand page you liked two years ago in the hopes of winning an iPad, and that now begs you to like its #FBF posts at the end of each week. Your Republican friend who’s been gloating since Tuesday.

We’ve all been unwitting victims to these Facebook offenders. Fortunately, the social network that for years claimed its mission was “to connect the world” is now making it even easier than it already is to disengage from the publishers, brands and friends you no longer “like.”

Facebook’s previously hard-to-find news feed settings will now be more readily accessible to users: Whenever someone opens the drop down menu on a post and unfollows the associated account, they will now be directed to their news feed settings page. And the settings section will now show users the pages and people they interacted with most over the past week, allowing them to unfollow anyone (or anything) with the tap of a finger.

The new feature will do more than help users forget about that kid they knew from anthropology lecture but were never that great of friends with anyway. It has the potential to seriously affect, for better or worse, brands and publishers’ distribution through Facebook.

The upshot, according to agency executives, is that brands and publishers that already do well on Facebook will see their reaches increase, while those that are unpopular among will fade into news feed oblivion.

This falls in line with the myriad adjustments Facebook has made to news feed over the past year, many of which were aimed at ridding news feed of “low-quality content” as defined by Facebook’s audience. But while publishers have basked in the changes, seeing huge spikes in Facebook referral traffic, brands have seen their organic reach decrease, effectively forcing them to pay for the number of impression they formerly enjoyed free-of-charge. Any mass unfollowing will only serve to amplify that effect.

“It’s good news because the more behavioral signals we have, the more likely advertisers’ messages will be seen by receptive people,” said Ben Winkler, OMD’s chief digital officer. “It’s worrisome only if Facebook uses these signals to further reduce the unpaid reach of posts to an advertiser’s fan base.”

“More Facebook users are getting their news from the platform, and this will only help speed up that adoption,” Bustle founder Bryan Goldberg said.

But since Facebook lets its users define what constitutes quality, success on Facebook is more about a publishers’ popularity than some objective definition of its worth. As the rioting in Ferguson, Missouri, from earlier this year was essentially muted on the platform in favor of Ice Bucket Challenge videos, Facebook’s filter bubble can at times hide important stories.

Many agencies execs welcomed the change, with Jill Sherman, DigitasLBi’s group director for social and content strategy, saying it will provide useful data as to what users don’t like and thus help reduce wasted ad spend.

“Brands on facebook will be forced to get more creative or pay for it,” according to TBWA\Chiat\Day’s director of digital strategy Rohit Thawani. “It’s about time.”

So while the poor will get poorer, the rich will get richer (namely, Facebook itself).