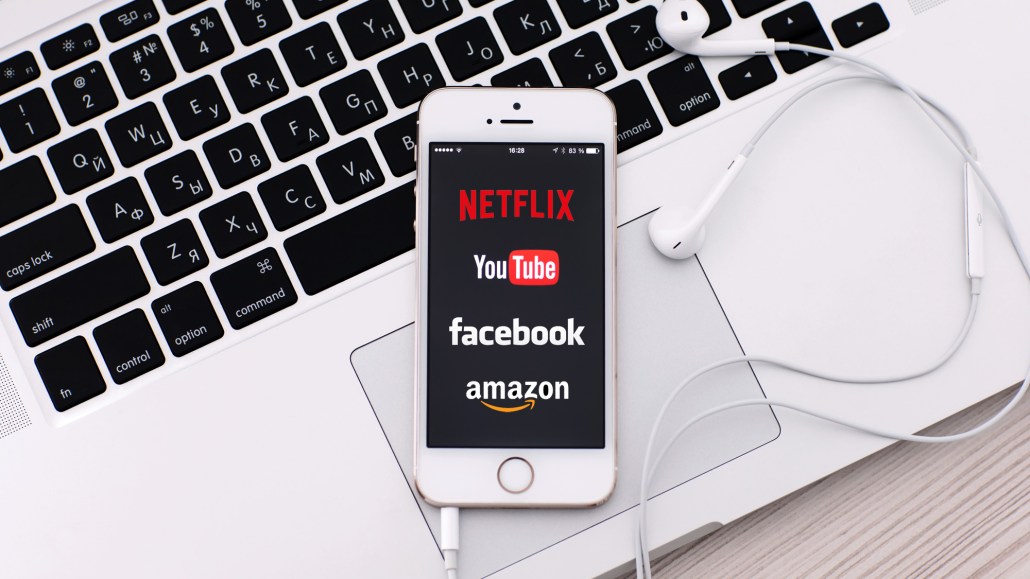 YouTube may be the current king of digital video, but a slew of big competitors are gradually chipping away at YouTube’s dominance.

With over a billion unique visitors every month, Google’s video-streaming platform has single-handedly captured 19 percent of the U.S. digital video ad market. And YouTube is currently busy filling out its remaining content gaps, signing a deal with the NFL to bring football highlights to the site and investing in its creators so they produce longer programming.

Yet even as YouTube flourishes, the digital video industry has never been more competitive. More ad and subscription dollars are flowing into the space, prompting a cluster of companies, including Facebook and Amazon, to get very serious about digital video. Here’s how three of the biggest video players are gunning for YouTube’s throne:

Facebook
Facebook is the largest, most direct threat to YouTube’s video dominance. The platform has made its video efforts a priority over the past year, persuading brands and agencies to include native Facebook video as part of their marketing efforts. It’s also courting publishers and YouTube stars, intent on working more closely with premium video producers. The long-term goal is to siphon off a sizable portion of TV ad spend as the digital market grows, the same aim as YouTube’s sales team.

Video viewership on Facebook spiked last year, thanks in part to a successful implementation of autoplay video across desktop and mobile devices. The platform racked up nearly 97 million unique video viewers on U.S. desktops alone last month, compared to just over 159 million for YouTube, according to comScore data.

Beyond views, marketers are thrilled with the engagement they’ve seen on both paid and unpaid Facebook video content. YouTube is a more passive video-viewing experience than Facebook, tending to attract fewer comments, likes and shares per viewer.

“While content on YouTube has a much longer shelf life, the videos that pop on Facebook go viral super fast, because the sharing platform is built in,” said Allison Stern, vp of enterprise at Tubular Labs, which makes a digital video analytics platform for brands and media companies. “There’s a Pavlovian response built right into Facebook with that sharing button.”

Netflix
There are some obvious differences between YouTube and Netflix: The YouTube library is primarily short videos uploaded by users and monetized through ads, while the Netflix library is primarily longer videos licensed from distributors and monetized through paid subscriptions. Yet the two are in competition with each other for digital video viewership.

Netflix has a significant penetration rate in the U.S., with 32 percent of Americans subscribing to the digital video service, according to comScore’s U.S. Total Video Report from October. The subscription rate is even higher among American millennials, at 49 percent. Netflix is secretive about its viewership data, but it has over 57 million global subscribers who watch over a billion hours of video content through the service each month. Last month, more than 20 million Americans watched Netflix video through their desktops, according to comScore data. That’s a lot of time spent off YouTube.

“Netflix has not played effectively in the mobile world, but it’s a smart company and recognizes a growth opportunity when it sees one,” said Peter Csathy, CEO of Manatt Digital Media, a venture capital and advisory firm focused on digital media companies. “It’s inevitable that Netflix will start getting into shorter-form, mobile-friendly content, because it needs to get there — and that’s going to encroach on YouTube.”

Amazon
People tend to forget about Amazon while discussing digital video leaders. They shouldn’t. The company won two Golden Globe awards for its original video efforts earlier this month. But more importantly, it has a massive user base, with Amazon Instant Video access bundled into consumers’ Amazon Prime subscriptions.

With that structure in place, 19 percent of Americans subscribe to the service, according to comScore’s U.S. Total Video Report. Amazon racked up close to 3.5 million unique video viewers on U.S. desktops last month, according to comScore, which didn’t have data available on Amazon’s mobile or media box viewership.

While those figures place Amazon behind YouTube, Facebook and Netflix in terms of viewership, Amazon has a monetization option the others don’t: retail. That’s a big opportunity for the nascent Amazon Shorts, a section of Amazon Instant Video dedicated to shorter content.

“Commerce is in Amazon’s DNA,” said Csathy. “Amazon sees these multichannel networks looking to monetize those short-form video not only in the obvious ways, but also in the direct commerce that flows out of the videos. That’s a perfect fit for a [fashion and lifestyle] network like StyleHaul.”

The Twitch buy placed Amazon in competition with YouTube’s gamer channels, which produce some of the most popular content on the platform. It also helped Amazon corner the market on live video streams — the ones people actually watch.

“The whole live opportunity is still very early,” said Csathy. “Yes, you have the live competitive gaming, but the platform is much broader than that. It can be live music or anything else.

“The gamers were clearly underserved, hence Twitch. Finding those passionate, niche audience is the trick if you’re an investor or a brand. Because that’s where I’d want to spend my ad dollars.”