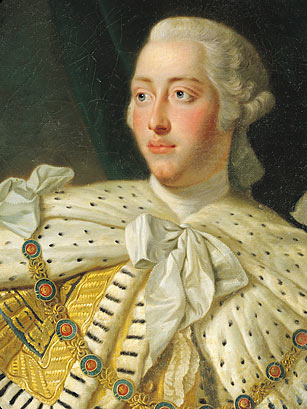 Lately the digital media world can talk about little else than Facebook. It is a colossus, with 850 million users spending on average eight hours a month on it, seemingly poised to dominate the Internet. Its rule would seem assured.

And yet there is precedent for the fleeting nature of these types of reigns — and no, I’m not referring to the “You’ve Got Mail” era of AOL and its floppy disks. Back in the early 19th century, King George III of England was becoming ever madder and ever more entrenched in his power as king, which he had been since before the American Revolution. The poet Percy Shelley was eager for political change. He was heartened by the example of the French Revolution — Reign of Terror notwithstanding. He knew that the King’s reign would come to an end, even as the King gave every indication that he (and eventually he and his regent) planned on ruling forever. Shelley reminded his “old, mad, blind, despised, and dying King” that he along with everything else in our world will pass.

Responding to King George III’s 50-plus-year reign, Shelley’s poem “Ozymandias” tells the story of a man who travels in the desert and stumbles upon a crumbling statue of a long-forgotten king named Ozymandias:

And on the pedestal, these words appear:
My name is Ozymandias, King of Kings;
Look on my Works, ye Mighty, and despair!
Nothing beside remains. Round the decay
Of that colossal Wreck, boundless and bare
The lone and level sands stretch far away.”

The king of kings is reduced to wreckage. His confident boasts amount to detritus.

Who knows what will come of the big companies of the Internet in a few years’ time. Who knows if we’ll look back fondly on Facebook’s dominance in our culture. But at very least we ought to recognize that its reign will eventually end.

Tom Butler is a professor of English literature at Eastern Kentucky University. He moonlights as Digiday’s copy editor.