Explained: Google’s tussle in Australia over paying publishers for news 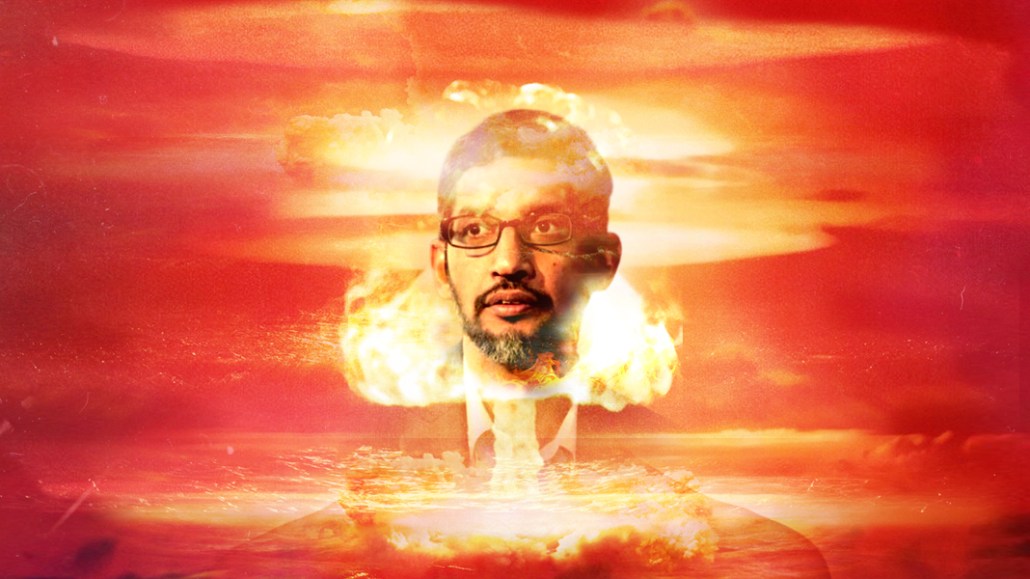 This week, Google has ramped up its lobbying efforts in Australia after the competition regulator there issued a draft bill that proposes forcing tech giants to pay publishers for their news content.

Should the new Australian rules be introduced, it could pave the way for other global jurisdictions to follow suit — not least as regulatory pressure continues to ramp up on the digital giants in Europe.

Here’s what global publishers need to know about the latest regulatory twists and turns down under between Google and the news business.

What just happened in Australia?

Earlier this year the Australian Government asked the Australian Competition and Consumer Commission to draft up a code of conduct to address what the watchdog has described as “bargaining power imbalances” between news publishers in the country and Google and Facebook.

On July 31, the ACCC released its draft News Media Bargaining Code. The code would allow news publishers to negotiate either individually or collectively for compensation from Google or Facebook when they feature their news articles on their services.

Elsewhere, the code includes a set of “minimum standards” that would require the tech giants to give news publishers 28 days advance warning of any changes to their algorithms that might affect the placement of news. The code would also require the tech companies to provide the data they collect on users when those users interact with news content.

The ACCC proposes compulsory arbitration if the tech giants and news businesses can’t come to an agreement within three months of negotiation. The parties can appoint the arbitrator or they can be assigned arbitrators by the Australian Communications and Media Authority. Failure to comply with the code could mean that tech companies are issued penalties of up to 10% of a digital platform’s annual revenue in Australia.

How has Google responded?

Noisily. From Monday, Google users in Australia were presented with a pop-up message that stated, “The way Aussies use Google is at risk.” Clicking on the pop-up — which carried an image reminiscent of a warning sign — led to an open letter from Google Australia managing director Mel Silva.

In it, Google argues that the News Media Bargaining Code would “force” the company to give an unfair advantage to news media businesses in Google Search and YouTube search results because those publishers “would be given information that would help them artificially inflate their ranking over everyone else.” Google said it wouldn’t be able to guarantee that data could be kept safe. And Google argued that the law could “put our free services at risk” should bigger news companies start to make onerous demands.

What did the ACCC say about that?

The ACCC was swift to issue a response on Monday, saying Google’s open letter “contains misinformation.” In its statement, ACCC said it’s up to Google if it wants to charge users for its services — it’s not being forced to. Similarly, Google only needs to share additional user data if it wants to.

It didn’t take too long for Google to issue a rebuttal to the rebuttal. In a statement, a Google spokesperson said: “We strongly disagree and are concerned that our view of the Code has been represented this way during a consultation phase.” (Australian publication Mi3 covered the back and forth.)

Certainly less noisily than Google — for now at least.

William Easton, managing director of Facebook in Australia and New Zealand, said in a statement: “We are reviewing the Government’s proposal to understand the impact it will have on the industry, our services and our investment in the news ecosystem in Australia.”

Could the decision in Australia pave the way for something similar in the U.S.?

In the U.S., The News Media Alliance, which represents around 2,000 publishers, has been trying to promote a bill called the Journalism Competition and Preservation Act, legislation which would allow newspaper companies to collectively negotiate with online platforms for better terms — something that competition law currently doesn’t allow.

NMA CEO David Chavern said he expects the House of Representatives will be supportive of the proposals and that it is gathering more support from the Senate, including majority leader Mitch McConnell.

What about in Europe?

There’s already been a lot of movement. In April this year, French competition authority Autorité de la Concurrence ordered Google to enter “in good faith” negotiations with publishers there over fees to pay for their news content — including article extracts, photos and videos.

Still, things haven’t been plain sailing in the past between European news publishers and Google. The search giant shut down Google News in Spain in 2014 when it was asked to pay publishers for the news snippets it displayed. That same year, German’s largest news publisher Axel Springer pulled a u-turn on a plan to prevent Google News running snippets of its articles after its referral traffic plunged.

Some publishers. The Wall Street Journal reported in June that Google had reached agreements to license news publishers including Spiegel Group in Germany, Diarios Associados in Brazil, and Australian local news publishers Solstice Media. However, the Financial Times reported on Monday that Google is “pausing” its Australian news licensing program. A Google spokesperson did not respond to a request for comment about this reported development.

Still, NMA’s Chavern said Google and Facebook “have got to work faster.”

He added, “They wouldn’t have had the code of conduct [in Australia] if they hadn’t been dragging their feet.”

What arguments are there against the ACCC proposals that aren’t from Google and Facebook?

There’s the question of whether the horse already bolted and that publishers should have adapted their online business models far sooner rather than attempting to get Google and Facebook to retrospectively fix it for them.

“It’s so frustrating the sheer amount of energy and work put into discussions [among publishers] about entitlement and what has been and what should have happened,” said Markus Odevall, a digital and marketing consultant based in Sweden who works with news publishers. “Time to move on.”

Bloomberg Opinion’s editorial board made a similar argument in an op-ed published last week.

The consultation on the draft proposals is due to conclude on August 28 2020. Final legislation is expected to be introduced to the Australian Parliament shorty after.