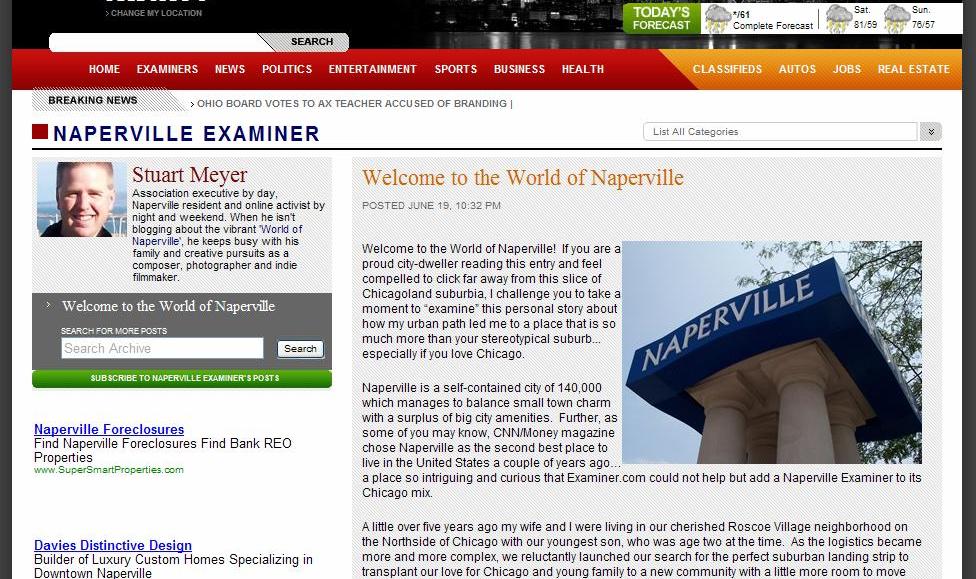 Examiner.com has built a large user base through a Demand Media-style approach: stitching together a collection of freelancer-dependent local content sites while also glomming onto every headline and highly linkable headline under the sun to snag drive-by traffic. And thus, like Demand and its brethren, Examiner.com has plenty of detractors who sneer “content farm.”

However, the company has just received a noteworthy endorsement from a traditional media company. CBS Local Digital Media has inked a deal with Examiner that will see both companies’ editorial staffs collaborating on lifestyle content. In fact, the two new partners output will be distributed on 25 CBS local sites by the first quarter of next year.

The deal is something of a coup for Examiner.com, which should enjoy an infusion of legitimacy from the CBS halo effect. Demand received a similar boost when it began delivering content to USA Today.