The evolution of the UK mobile editor 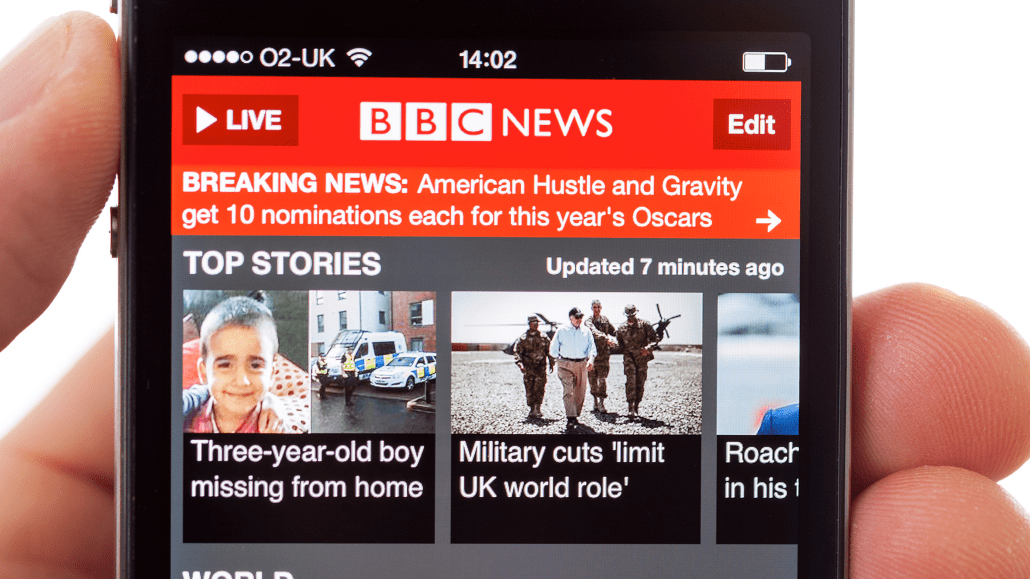 In five shorts years mobile readership has grown from below 20 percent of the U.K. total digital publishing audience to nearly 50 percent for many publishers today, as several of them reported to Digiday last year.

“Mobile accentuates the basic principles of good news reporting: be clear and concise,” said The Guardian’s mobile editor Subhajit Banerjee. It is his job to make sure reporters keep the mobile user experience front and center when covering live news stories. Because, as technology improves and more people get their stories via social media, that’s where people are getting their news: 60 percent of the Guardian’s traffic comes from non-desktop sources on weekends, he said.

The Guardian’s new content management system allows article previews that show reporters the mobile reader experience, as does Trinity Mirror’s, but the mobile editor still needs to make their own manual adjustments. Banerjee found this to be the case when the Charlie Hebdo story was breaking. For the Guardian live blog, the headline, picture and standfirst (the summary paragraph in an article often highlighted in bold) were so long that they got in the way of mobile users getting to its latest updates quickly.

“We decided to cut down the standfirst to allow users to get to the updates much quicker. When you come to a news or breaking story, you shouldn’t have to scroll down too much to get the nub,” Banerjee said. “You have to make that judgement as to whether you make that standfirst long and dense, or if the story is moving so fast that you should to get out of the users’ way to catch the latest updates. Those are things you wouldn’t necessarily consider unless you checked on it.”

Research suggests the mobile reader has markedly different needs than the laptop surfer. The Nielsen Norman Group has found that reader comprehension on smaller screens is much lower than for content shown to desktop users, which makes improving usability and clarity a top priority.

Indeed, BBC News mobile editor Nathalie Malinarich also sees the role as championing the needs of her readers — and works with developers and editors to create new apps and services to accommodate their reading habits. She has developed an internal guide to help journalists write their news stories with mobile users in mind, a public version of which can be seen here.

The changing nature of how people get their news also means the mobile editor must work hand-in-hand with another relatively new newsroom creature: the social media editor. “I speak to our social media editor all the time. We collaborate to help us produce exactly what people want to see [on different devices] and when they expect to see it,” said Malinarich. “There’s one process where a story breaks and the likelihood is people are going to see it on social media first, then they’ll often come to us to see whether that’s true. Social changes the news dynamic in that respect.”

The BBC is also seeing mobile traffic reaching the 50 percent mark most days. But for them, mobile isn’t just informing how content is displayed — in some cases it dictates the very content they produce. After looking at user data, it found explainers have proven to be very popular for their mobile users because of their clarity and accessibility, both in text and in video.

“If you’re reading the news and there’s a story about Ukraine, your user might want to know what it’s all about,” said Malinarich. “We’ve found an easy way to explain it and what people found was people were reading quite far down the story, because it’s very easy to consume, it’s very scannable. Sometimes, all the user really wants is a fact box and a picture. You mustn’t make people work for their news.”

For the Guardian’s Banerjee, consumer technology continues to move at such a pace that his job, he said, is one of journalism’s most exciting. “We have a presence on Android Wear and Google Glass which are both in their infancy,” he said. “You need to have the ability to ask what journalism on Glass or wearables looks like and understand how an organization like the Guardian fits into that medium.”