EMarketer’s Noah Elkin on the Bull’s Case for Mobile 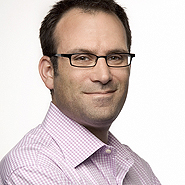 According to eMarketer’s latest forecasts, U.S. mobile ad spending will grow 47 percent in 2012 to reach a total of $1.8 billion. By 2015, that investment will have reached $4.4 billion, the firm predicts. Those are pretty hefty forecasts, considering the fact that most advertisers still aren’t making use of the channel, and those that are are mostly doing so as an afterthought or with experimental budgets. Digiday spoke with Noah Elkin, principal analyst at eMarketer, about the continued lack of serious mobile investment from marketers, the challenges the industry faces, and how and why the channel is set to experience the level of growth eMarketer has predicted.

We’ve been talking about the potential of mobile for years, but advertiser investment still lags. What’s going to help drive the type of growth in spend eMarketer is predicting?
The continued adoption of smartphones and tablets will be a big contributing factor to advertiser uptake. I think the comparisons that are often made with the desktop are fairly apt, in that the pace of consumer adoption was greater in the early stages than marketers’. If you compare digital ad spend vs. traditional ad spend, there’s still a huge gap, but ultimately spend is becoming more efficient with growth in uptake and usage. We’ll see a similar progression with mobile.
What are the most significant hurdles mobile needs to overcome to realize that kind of growth?
A lot of marketers are engaged in mobile in some capacity, but you see a greater share of marketers at an incipient phase. They’re trying it out and not spending big amounts yet, but they realize they need to reach consumers across multiple touchpoints now and mobile is one of them. There are issues of expertise; some of the agencies and brands say that is lacking. There are also questions about privacy, particularly around location, and fragmentation is also an issue, too. Marketers need to think about how to best reach the largest part of their audience. For example, on the desktop serving an ad to a Mac vs. a PC makes no difference, but iOS versus Android does to some extent. It creates an aura of greater complexity.
In the past 18 months, we’ve seen consolidation and increasing investment in the mobile space. What effect is that having on the market?
Google’s acquisition of AdMob and Apple’s Quattro buy were important. Apple entering space was particularly significant, and the resulting iAd platform has done a lot for the industry even if over past year it hasn’t been that relevant to advertisers. Maybe Apple’s not reaping all the benefits of the iAd network, but the industry as whole is. Other companies are benefiting from the mindshare that Apple generates. In terms of venture capital money, it is a good indicator of where people are placing their bets. Consolidation is still likely, though, as the space is still fragmented. In some respects you’ll see consumers expressing their preferences, which could help, such as choosing iOS and Android over other platforms.
Where will this growth in mobile budgets come from? Will we see reallocation from other channels? Or elsewhere in digital?
It’ll be a mixture of both depending on type of brand and campaign. For example, on desktop brands are doing more video, and some of that budget is coming from TV. Because of the cost efficiency of mobile you don’t have to have a huge shift in allocation in order to get some significant mileage out of it. As more sophisticated marketers buy in a more integrated fashion, you’ll see shift from both traditional and digital buckets, as well as some of it being new spending. You hear over and over that mobile ties together other media, and as more marketers understand how to make that work well you’ll start to see more integrated campaigns. Consumers will expect to be able to do whatever they want on any device, and marketers should follow. Steve Jobs talked about post-PC world, but in many ways we’re moving towards a post-device world.
Do you think the mobile ad space will follow a similar path and evolution as desktop Web ads? Will we see a similar relationship between search and display, for example?
It’s going to be neck and neck through the middle of the decade in terms of search and display. Certainly, the greater adoption of tablets puts more of an emphasis on display side. Factors such as Apple’s Siri and voice search may have an effect, though. If that takes off, it could change how users interact with search results. Either way you look at it, search and display will be the two big recipients of marketer dollars, and how that plays out will be broadly similar to desktop in that they’ll see greatest adoption. The difference, though, is that marketers have accumulated more than a decade of experience with the desktop Web, and the benefit has already been reflected to some degree in their approach to mobile devices. There’s a sense that everyone wants to make the most of mobile from the beginning, and not be playing catch up after perceived mistakes like in the early days of desktop Web.
https://digiday.com/?p=1922
Most Read
Trending in
Digiday Top Stories