Ready or Not, Web Video Gets an Upfront 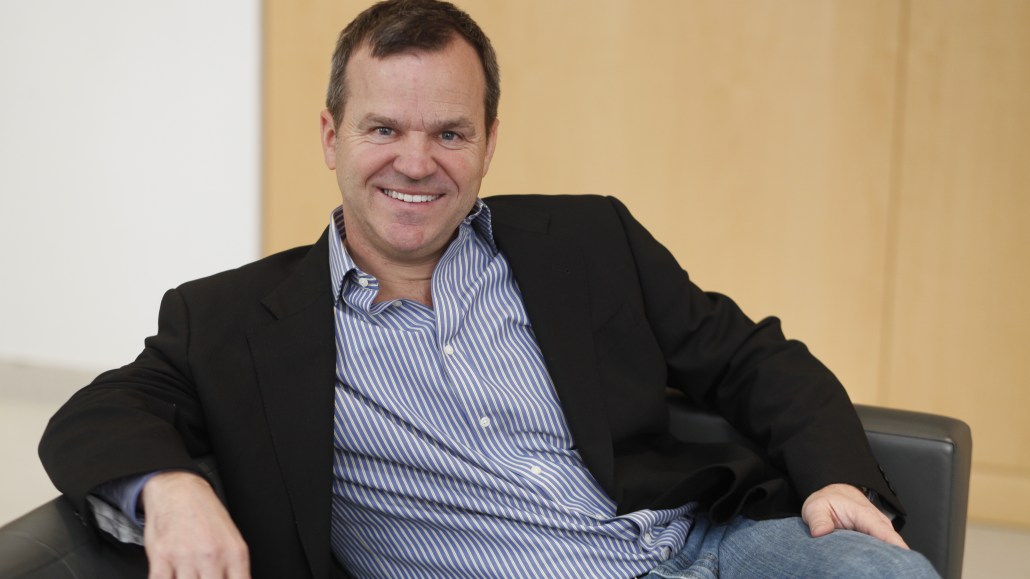 Digitas first held its Web video “newfront” five years ago. The idea was to bring together the new cadre of producers of original Web video with brands. Al Gore even came to speak. Now, three years later, Digitas is joining together with AOL, Google/YouTube, Hulu, Microsoft and Yahoo to jointly host what they’re calling “The Digital Content NewFronts.” Each founding partner for the companies will host an independent event in New York between April 19 and May 2, with the goal of introducing brands to content.

With projections that video-ad spending will reach $7.1 billion by 2015, Colin Kinsella, CEO of Digitas North America, thinks the time is right for the Web to put on its version of TV’s lucrative upfront presentations. Kinsella spoke with Digiday about how this old-school format can, and should, be applied to the Web and why there’s such an urgency to invest in quality content at scale.

Does Web video really need an upfront?
I do think it needs an upfront. I think it needs greater awareness of its impact in the marketplace. I think it needs these partners coming together to sort out these issues around measurement and to begin to work as a collective to really unleash the full potential we know is there with online video.

Where is the money for Web video coming from, and what must change in order for ad spending on Web video to really grow?
The money is coming from television, and it’s already growing pretty significantly. It’s now about a $2 billion marketplace, and the end-of-the-year projections are $3 billion, which is 50 percent growth. There are projections it will grow to $7 billion by 2015. There is more growth potential here, and part of having this upfront is to get a sense from buyers what they want to buy and where brands want to be so these companies can understand where to invest and how much more to invest. But the biggest thing that will matter to unleash the full potential [of Web video] is measurement and coming to an agreement on what that measurement is. I think that has to happen for it to really hit some logarithmic growth.

The Internet has long railed against the TV upfronts as an anachronism. Why adopt such an old model?
What people have railed about is the way things are priced. I always thought they wanted to do an auction model — at least that’s what I always read about — but getting people together in one place to understand what you’re doing as a company and make it easier for the buyers to understand what you’re doing seems like a good process. And doing that around a certain time allows people to get their planning in place at one time in the year versus doing it randomly and not getting that kind of sense of being able to compare who is offering what and what the pros and cons are.

Is there hope for made-for-the-Web video series? There doesn’t appear to be many with sustained followings.
A lot of the content that you will see during these 10 days to two weeks is going to be a lot about channels and high-quality, premium video for the Web, and I think — I’ve been reading articles about people under the age of 35 and cord-cutting — the time is now and right that these made-for-the-Web video series will gain scale and will become very successful. And we’ll all be watching them on our TVs since so many TVs are Internet-ready. I don’t think there will be a distinction in quality or story lines. I think made-for-the-Web series will have the potential to be more tightly connected to [brands’] consumer base in their ability to adjust story lines because the lead time for the Web video will be a lot different than it is for TV. I think Web video will find its nimbleness to be a real advantage over the traditional television model.

What is the urgency to invest in quality content at scale?
It’s incredibly important for clients to be investing more dollars in online videos because that’s where their consumers are. Our whole push has been to connect brands and consumers with content that consumers find to be of value. We’re looking at new models for ad revenue. We did a new model with the pre-roll and other models beyond pre-roll to increase effectiveness. We can give clients scale and the audience they want. On the Web we buy audience — not impressions — and we can give them advertising and different advertising mechanisms that will increase the connection between them and the consumers. There are incredible creative means still available with online video that we are currently experimenting with that I think holds real promise to increase the effectiveness of our messaging.

For more on this topic, join us in New York and Los Angeles for the Digiday Video Upfronts, where we’ll show you how the 2012 market will move from the second screen to every screen. To register, please visit www.digidayvideoupfront.com.