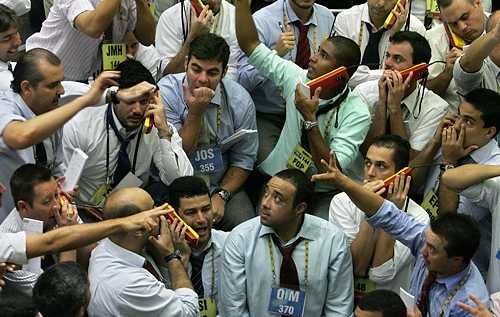 The ad exchange model is spreading to mobile, and that trend is often pointed to as a sign of the increasing “maturity” of the mobile ad market. In reality, though, there’s no guarantee in this area like others that mobile will follow exactly in the footsteps of desktop — and there are major barriers to it happening.

One factor leading to programmatic buying on desktop that exists now in mobile is a supply-and-demand imbalance. There’s little doubt the huge increases in consumer attention on mobile hasn’t been matched by advertiser budgets.

And yet in other areas, there are big differences. Mobile has no cookie. That makes targeting hard to do, and the mobile exchange proposition somewhat different for advertisers as a result. Even simple retargeting campaigns — run-of-the-mill in the desktop space — are difficult to achieve in mobile.

“Data is very important, and access to mobile data is extremely difficult,” said Krishna Subramanian, CEO of Velti-owned exchange Mobclix. “There aren’t as many third-party data providers yet, and that’s what’s really going to matter: how advertisers can get access to more. The cookie challenge is definitely there, too. There’s still this question of how to build profiles across multiple applications.”

Mobile exchange operators argue that much of the data sloshing around online is basically not that important. Mobile, after all, brings other data, like location, that desktop doesn’t have.

“We’ve become glutted with data in the online space, so we’ve all tended to think of that level of insight as a minimum requirement”, said Ernie Cormier, CEO of RTB exchange provider Nexage. “I don’t think that’s true. We might not have access to all the psychographic data and other information on the buy-side in mobile, but there’s more than enough there to build an effective campaign.”

Then, of course, there’s the publisher piece. As they do their best to learn from mistakes that were made by many around desktop ads, some premium publishers are choosing to shun ad networks and exchanges completely, in the hope that selling through direct-sales channels only will help maintain price points.

“That only works for certain types of publishers,” Subramanian said. “You need your own sales force, and even if you do and you’re not selling out 100 percent, you need other channels to help sell the rest.”

That’s where publishers have historically turned to networks, and how companies such as Millennial Media, AdMob, and Jumptap have built their businesses. According to Cormier, exchanges can present a more effective alternative to networks, though, regardless of targeting and data limitations.

“There’s a different level of publisher control through an exchange, particularly with private exchanges,” he said, adding that there’s also the opportunity to layer exchanges on top of each other. An impression can first be made available in a private exchange, for example, then through a public exchange before it’s handed elsewhere.

Meanwhile, advertisers are also given greater visibility into what it is they’re actually buying than they might get with a network, which often sells inventory on a blind basis. “With networks advertisers are sometimes buying stuff they don’t want because it’s part of a package. That creates huge inefficiencies for them. Using an exchange, they can say no to buying impressions they don’t want,” suggested Nexage CMO Victor Milligan.

There’s no escaping the fact that exchanges can’t offer the same type of opportunities in mobile as they can for the desktop, but the appeal for both advertisers and publishers is still apparent, even just for the added transparency and efficiencies they can provide. Google thinks so, too, and began offering its AdMob publishers the opportunity to tip inventory into the DoubleClick Ad Exchange late last year, for example.

It’s still extremely early in the development of the mobile display ad channel, and there are still no guarantees at this point whether or not standard display ads will be the vehicle that ends up powering ad-supported mobile media. If they are, though, it seems exchanges can play a similar role for mobile as they are for desktop ads.

“It’s still early days, and you have to give mobile a bit of time,” Cormier said. “But it’s a step towards maturity that big brands familiar with private exchanges are now engaging in mobile, too.”