Dina Srinivasan: Facebook is a monopoly, but breaking it up isn’t the answer 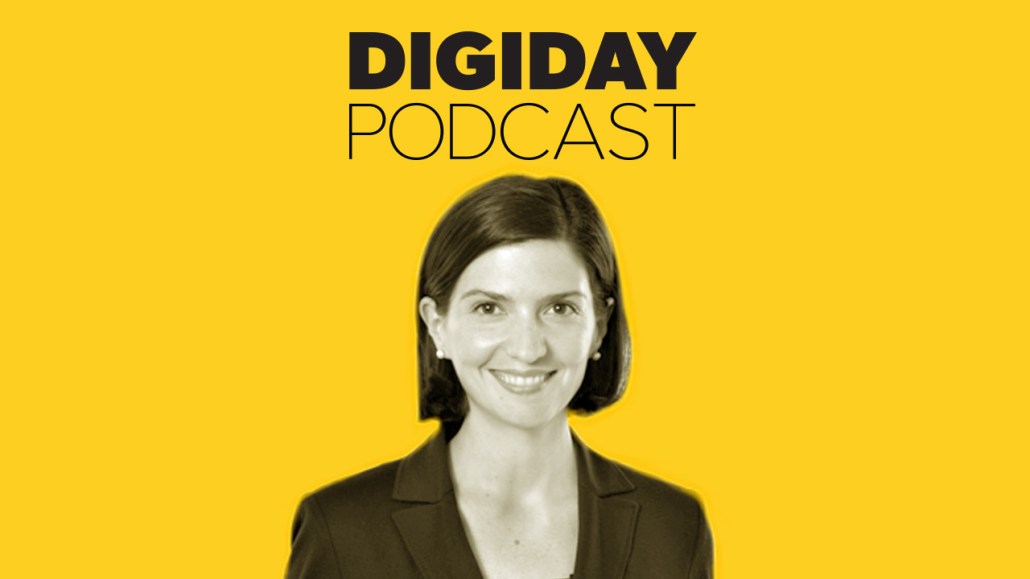 Whether big tech platforms need to be broken up in order to rein them in is now a matter of public debate — and will be a big topic during the U.S. presidential election next year.

Dina Srinivasan is an academic, who went from being an ad tech entrepreneur to writing about the anti-trust case against Facebook, most recently for the Berkeley Business Law Journal. She doesn’t think breaking up big tech is the answer. Instead, she advocates for the anti-trust approach.

“The market right now is spewing out some really warped outcomes and some tweaks at a 10,000 feet level need to be made to make these markets more efficient,” said Srinivasan on this week’s episode of the Digiday Podcast. “The likelihood that anti-trust allegation is imminent is very high at this point. But speaking to Elizabeth Warren’s recommendation, break up may be more difficult. We have to focus on what problems we are trying to remedy in the market. The break up of oil made Rockefeller much wealthier. So break up is not always the answer.”

Srinivasan discussed why antitrust is the way to deal with Facebook, how the dominance of Facebook and Google is different from the fleeting power of Myspace and Yahoo and what a likely federal regulatory remedy would look like. Edited highlights below.

Facebook is a monopoly.
“Anti-trust can be a very theoretical space to play in. It concerns itself with two patterns. One is monopolies, when a company is so powerful in the market that consumers don’t really have a choice or choice is significantly precluded in the market. The second pattern is when competitors in the market agree to do something in unison against consumers, which is reflected in price-fixing conspiracies and such. Monopoly [exists] when any product is used by consumers and other products can’t be used interchangeably. If I leave AT&T today, I can go to Verizon. But if people leave Facebook, we don’t see them using Twitter interchangeably with Facebook. Facebook looks very much like a monopoly.”

Facebook won in the winner-takes-all philosophy that governs the Silicon Valley.
“Facebook largely pushed Myspace out of the market at a time when they were competing really hard on this concept of privacy. It wasn’t until Myspace exited the market that Facebook unrolled a lot of its privacy representations. Myspace was very similar to Facebook in the sense that it was operating a close network. The philosophy in Silicon Valley was to win a race and it was a winner takes all market that made sure others couldn’t compete.”

Facebook may not cost money but nothing comes free.
“From a monopoly perspective, it doesn’t matter what advertisers think. The product is social networking, it’s a communications product. Then the question is, does Facebook look monopolist? The entire refrain was that it’s free so there’s no problem, therefore consumers are happy, so there is no anti-trust concern. In economics, when you measure price movement and price differences, it’s always price per constant quality. Quality is the inverse measurement to look at privacy and data differences. That’s when you see the story of monopolist comes to light.”

What can stop Facebook?
“The message interoperability that allows users of other social networks to post messages and push it Facebook accounts is the number one way [to remove this monopoly.] It’s equivalent to allowing AT&T customers to call customers with a Verizon phone number. The second thing would be to allow users to opt out of Facebook tracking them on sites off of Facebook. That would have a big impact. Facebook has mirrored its policies across other swathes of the market — Facebook code is embedded into 95 percent of the news sites online — this looks like a horizontal restraint. It precludes competition across entire swaths of the market and gives Facebook a leg up on other sellers of digital advertising, which is harmful.”