Digital publishers look abroad for growth, but native is slow to follow 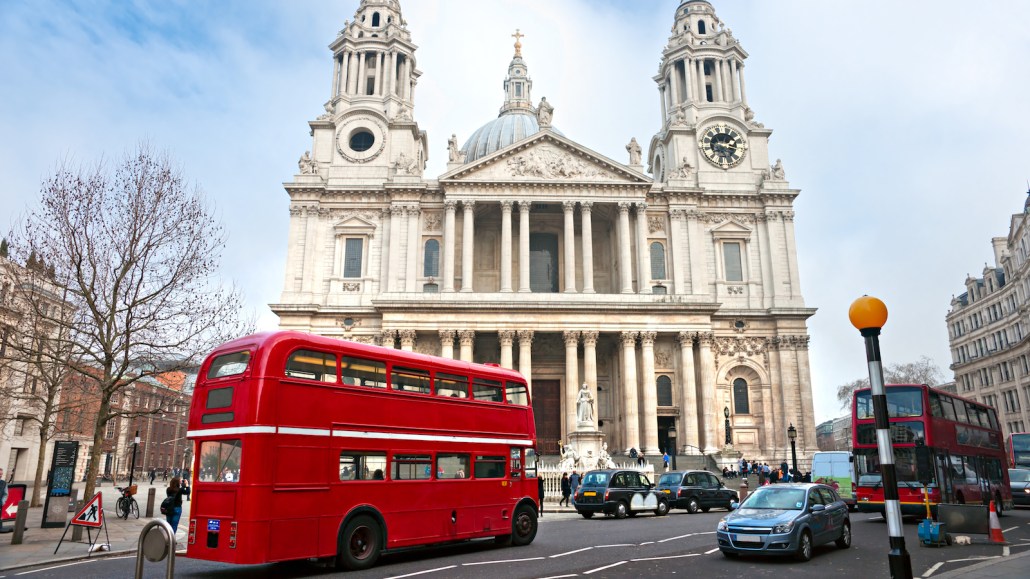 Web publishers are finding audiences overseas. But getting the advertising to follow has proved tougher.

For online publishers actively expanding abroad lately, like BuzzFeed, Business Insider and Quartz, the allure to go global is clear. The economics of digital advertising favor players with scale. Traffic from overseas is growing. But with native advertising slow to catch on across the pond, publishers are challenged to translate their U.S. revenue models abroad.

BuzzFeed, which launched its overseas business with London in 2013, has been more aggressive than most. It owns and operates most of its sites, which span the U.K., Australia and Europe. It’s eyeing other cities that have high social network usage to import its viral content model, like Berlin, Mumbai, Mexico City and Tokyo. Thirty percent of its audience now comes from outside the U.S., according to the company.

Not that BuzzFeed is throwing tons of money into these markets. It keeps overhead down by starting with a small editorial team of three to four people. A lot of its clicky content has universal appeal, which lends itself to being repurposed. BuzzFeed chooses markets where social media usage is strong, so it can piggyback on those distribution channels.

The owned and operated model “is exciting for us because we’ve started very modestly,” said Scott Lamb, BuzzFeed’s head of international. “We wanted to test the waters to see if BuzzFeed’s approach will resonate in those countries. If you do a joint venture, there’s pressure to grow very quickly. This gives us time to find out what kind of media people like.”

A second digital publisher with a big international footprint, The Huffington Post, has 11 editions, which they say reach fully 90 million uniques, and Greece and India editions are in line to launch this fall. Huffington Post CEO Jimmy Maymann credits the audience growth to its local-market publishing partners, like Spain’s El Pais and Japan’s Asahi Shimbun, as key to the audience growth.

“They bring institutional knowledge, a local network, credibility,” Maymann said. “We’ve been able to hire 15 to 20 editorial people in every market. In the long run, it has given us better returns.”

Business Insider also has taken a partnership or licensing approach; London, set to launch later this year, will be its first owned and operated. “We’re not Time Warner; we don’t have $500 million ready to be deployed,” editor and CEO Henry Blodget said. “Owned and operated is a big capital commitment. You really have to be eager to jump in, and it has to be a strategic extension of the core business.” The partnership model has let BI limit its risk, and it has had good results in markets like Australia, where the brand gained a local following quickly.

And so at the Huff Post, overseas markets contribute half its audience but only 10 to 20 percent of its revenue. Maymann said the global ad buy has for the most part eluded the publisher; as much as 90 percent of the revenue coming from the overseas sites is local in nature. “At this point in time, it’s a market-by-market proposition,” he said.

The limits of native advertising pose a particular challenge for a publisher like BuzzFeed, with its native-only model.

“Marketers across the globe, if they’re interested in Web advertising at all, it’s still dominated by display ads,” Lamb said. “So we’re going to have a learning curve working with local brands.” The company said it’s profitable overall, but wouldn’t break out the results for its local markets.

And like legacy print publishers with international editions now, there’s a limit to the global ad deal. Marketers talk about doing buys across geographic markets, but few are set up to actually be able to carry it out.

“We have a lot of global clients that are looking for solutions that can scale globally,” said Amanda Richman, president of investment and activation, Starcom USA. But, she added, “Marketers have to be structured in a way to take advantage of that. It’s a challenge marketers are facing.”

Still, hope springs eternal. “A lot of the campaigns we’ve worked with in the past are in the position to be doing global ad buys,” BuzzFeed’s Lamb said. “The overall potential isn’t huge, but there is an increased interest. People are seeing a lot more value in having a coordinated global strategy.”