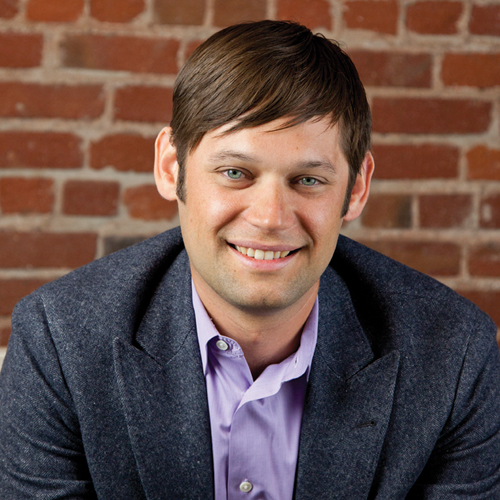 We’re often caught in a tug-of-war between legacy and innovation, nostalgia and the next new thing. At times, this tension creates quite beautiful and interesting results. Instagram and its sepia filters blend the best of today’s technology — the ability to create instant, socially shareable pictures on your smartphone — with the nostalgic look-and-feel of aged photographs. Films like The Artist and Hugo successfully combine modern day movie-making technology with content and structure that pays tribute to the early days of cinema.

But not all art forms have been able to deftly sample the best of the processes and infrastructure laid down by their predecessors, while crafting something beautifully native to the advances of a new medium. One of the most noticeable places we’ve seen this failure of evolution is digital media. Today’s digital publishers are forced to contend with the legacy systems put in place by both the Web and print. From uninspired, table-like layouts on Web pages to the linear, one-dimensional experience of reading print on paper, these relics of digital publishing’s predecessors have created a media experience that’s a mess.

It’s time to start over. It’s time to rethink the relationship between content, editorial design and user experience.

When people first started experimenting with cinema as a means to tell stories, they were creatively beholden to the legacy of plays. “Filmmakers” would essentially duplicate the logic and progression of plays, shooting static shots in a single room. It wasn’t until a few innovators started to understand the nuances of film that the true notion of “movie magic” was explored. With just a few snips of film and cleverly timed shots, people could disappear from screen and rockets could fly to the moon. The drive for further creative expression pushed the technology forward, and in turn, technology such as surround sound, digital film and 3-D opened doors to new creative ideas. Movies such as Star Wars, E.T. and Avatar could not have been made without the most cutting-edge technology of the day.

The same can be said for television. Early TV shows simply copied the popular radio programming of the time. Sets were rudimentary, and the action was limited. As technology and distribution models matured, so did the format, look and feel of modern-day television. From grainy black-and-white sitcoms to beautiful HD-quality dramas, television programming has evolved to rival the art of cinema.

Shows such as Breaking Bad, Mad Men and Game of Thrones have shown us that television content can be beautiful, inspiring and provocative.

Creativity and evolution of the art form in a new medium is inextricably tied with the notion of scale. Guglielmo Marconi, an Italian inventor, proved the feasibility of radio communication when he sent and received his first radio signal in Italy in 1895. Yet it took another 25 years before E.W. Scripp’s WBL in Detroit started broadcasting a regular schedule of programming. It wasn’t until the late 1930s when affordable access put radios in four out of five households and led to the development of a wide variety of innovative program offerings that the broadcast industry took off.

We’re now at this precise crossroads with the Web. The technology, infrastructure and access are in place to support innovative, cutting-edge digital media experiences. But the solution isn’t purely a technological one. We need to create a new approach to storytelling, inventing socially textured narratives that couldn’t exist in print. Articles will have layers of context and sharing functions, with reader interactions and conversations as part of the story. The user interface will be a seamless part of the experience, letting readers explore the content in far more fluid ways.

We’re already seeing some significant advances to the way digital publishers are displaying content and allowing their readers to interact with it. Sites such as BuzzFeed are based around social curation in some parts, algorithms in others. ITV News in the U.K. has switched to a model of real-time micro updates instead of holding stories until they’ve fully matured. Say’s own Dogster blends strong editorial content with deep community interaction, and Remodelista combines product databases with editorialized curation.

It’s exciting to sit at the precipice of change. We are beginning to understand the interdependent relationship between technology, scalable distribution and creativity that will usher in the modern age. It’s time to enable the amazing talent and creative energy of the creative class that will refine the art form. Digital media’s Golden Age is long overdue.

Matt Sanchez is CEO of Say Media, a digital media company. Follow him on Twitter at @msanchez.