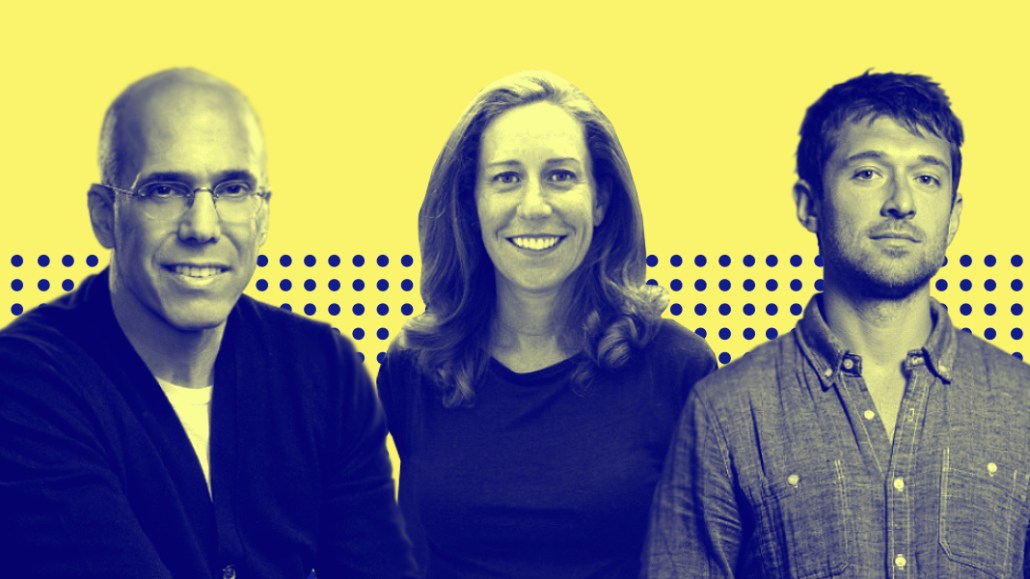 Magnet Companies, which also counts former Whalerock Industries president Jeff Berman as a principal, is backed by an unnamed multibillion-dollar private equity fund in New York, which has invested a “significant amount of money” into the venture, said Bouttier. The idea is to either find or build digital media businesses that can achieve greater success by working under a holding company structure rather than on their own. This includes the usual “shared services” such as accounting, legal and HR, but also establishes centralized teams for content production and ad sales, Bouttier said.

“When you have a holding company, you have the ability to scale operating expenses that can be costly when you’re still trying to build a new business,” said Bouttier. “And at such an early stage, you generally don’t have access to skilled and experienced executives — and if you do, it creates a lot of expenses that divert money away from things like product, creative and marketing. If we can scale that and offer those types of services, it’s a benefit that can accrete to the companies in our portfolio.”

Magnet joins a handful of high-profile holding companies in digital media. The company that has been getting the most attention of late is Jeffrey Katzenberg’s WndrCo, which has reportedly raised a $591 million fund and has invested in companies such as The Young Turks Network, Clique and Whistle Sports. WndrCo and Katzenberg are also behind NewTV, which has raised $1 billion for its upcoming mobile video streaming platform. (Though WndrCo bills itself as a consumer tech holding company, some industry sources still call it a fund at this stage since it hasn’t acquired or rolled out any companies or products.)

Other prominent digital-media holding companies include Group Nine Media, which is backed by Discovery and controls the publishing brands NowThis, The Dodo, Thrillist and Seeker. Otter Media, a streaming video joint venture between AT&T and The Chernin Group, functioned as a digital holding company overseeing brands such as Fullscreen and Crunchyroll until it was fully acquired by AT&T.

Ben Lerer, CEO of Group Nine Media, said forming the holding company — and the ability to show greater scale — has created more opportunities for Group Nine to close upfront ad deals with advertisers. “We have some relationships at the agency holding company level that we would not have been able to have as an individual brand,” said Lerer. “We have a seat at the table.”

Similarly, Group Nine’s structure allows it to have broader and bigger conversations with platforms around producing original content and testing out new products in beta, Lerer said.

Some benefits are obvious. For instance, by virtue of having four different media brands constantly publishing, Group Nine and its publishers have access to a lot more data, which helps them make better programming and distribution decisions. It’s also easier to allocate funds and resources toward new products — such as commerce — because the costs don’t feel as large under an umbrella organization.

The challenge in a holding company structure such as Group Nine’s is to ensure that the different media brands have enough room to be different, Lerer said.

Not every holding company is the same, and often these types of companies are formed because the executives behind the venture — as is the case with Magnet Companies — want to invest in and own multiple businesses.

“These strategies are very much like tech incubators: It brings investment diversification and creates cost efficiencies through shared services,” said Peter Csathy, founder of media advisory firm Creatv Media. “It’s a bit of venture capital mixed with hands-on operational resources, and it’s a diversification play, which is smart if they make the right bets and get some wins — just like any VC.”

With the ongoing wave of consolidation in both traditional and digital media, it’s likely that more media companies will look to join forces — and a holding company structure is certainly one way to make it happen.

“You are going to see more [consolidation] because it makes sense,” said Lerer. “It’s not a trend, it’s an inevitability.”