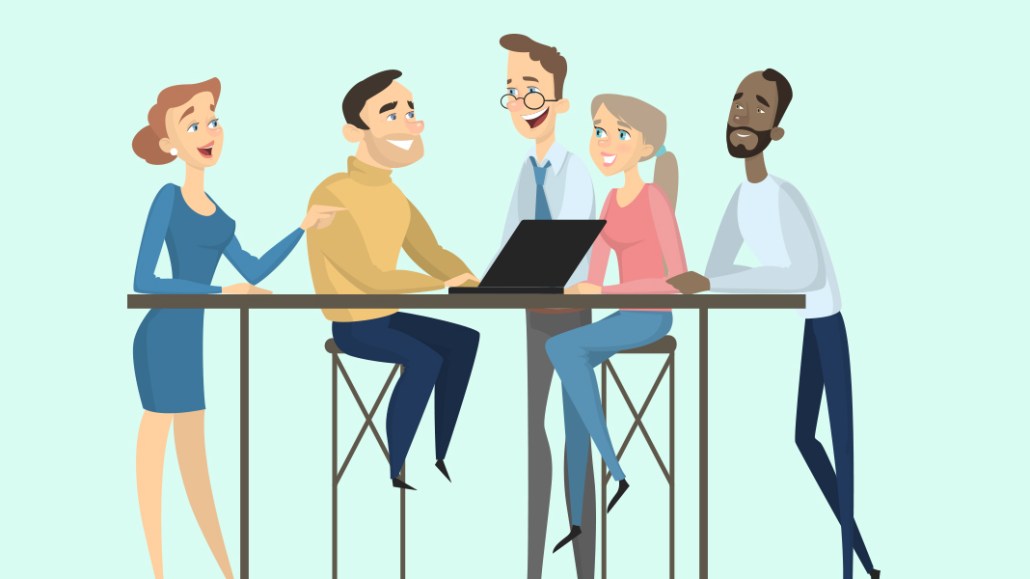 Media workers have plenty to be unhappy about when it comes to their work life, but about 64% of 200 publishing executives surveyed reported that they are happy at their jobs, according to research conducted by Digiday in November. 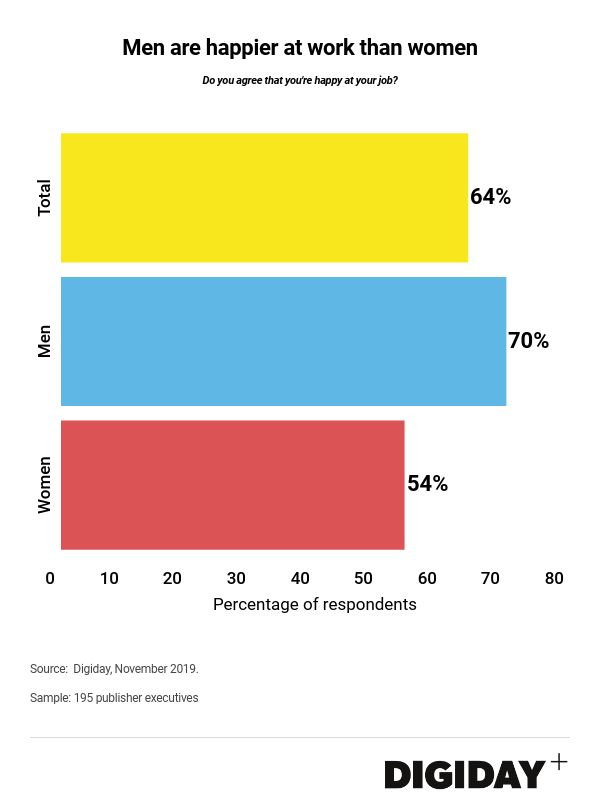 Just 54% of the women surveyed reported that they were happy, as contrasted with 70% of the men.

For the women at least, that is comparable with the 54% of Americans who said they were “satisfied” with their jobs in an August 2019 Conference Board report.

What makes people happy
It’s not just all about the money. Digiday asked which factors contribute to satisfaction and found that “the work itself” is most important, for 97% of the respondents. Compensation came second for 93% of those polled, followed by work-life balance, opportunities for advancement and then time off. 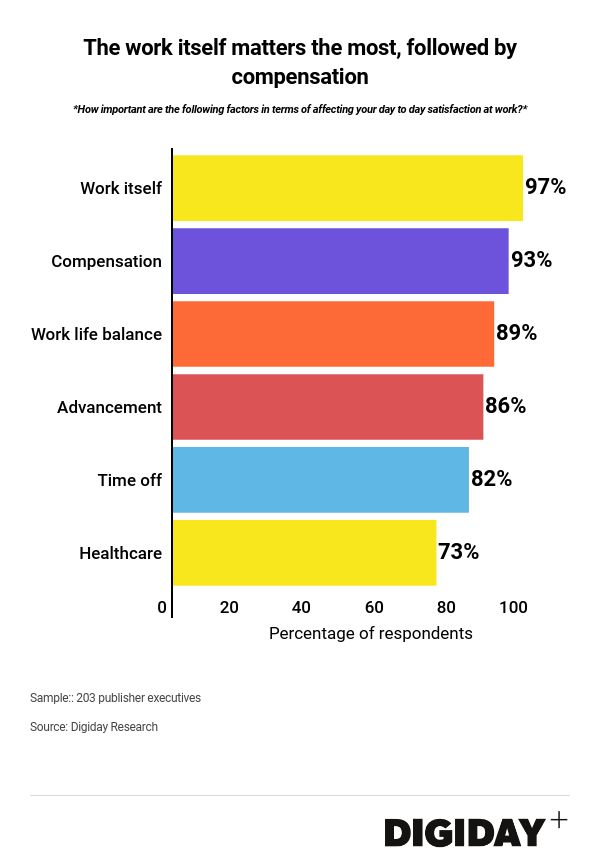 Internally, the social scene at work and the food offered inside offices didn’t rank as that important.

The work itself mattered for everyone, but the women ranked health care and time off as significantly more important for their satisfaction levels than the men did.

When it came respondents weighing business factors, the biggest element that contributed to satisfaction was their employer’s business model and reputation, followed by publishers’ efforts to diversify revenue. Consolidation in the industry didn’t seem to figure as much of a factor. 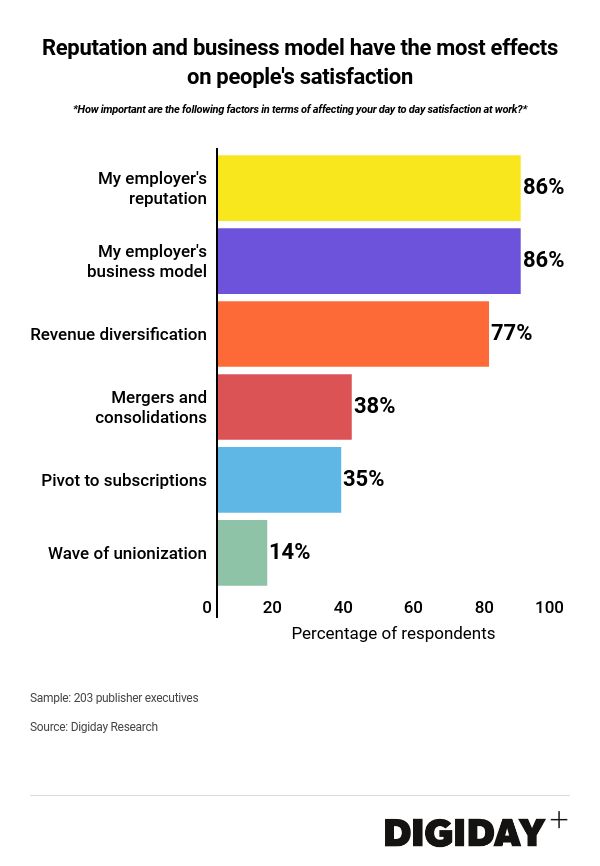