HuffPost’s Lydia Polgreen: Trump is not ‘topic A’ for most Americans 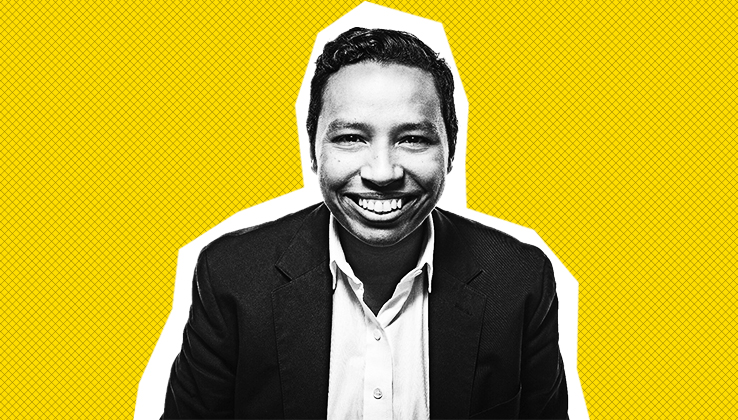 HuffPost editor-in-chief Lydia Polgreen recently wrapped up a listening bus tour that made stops in various cities across inland America. On this week’s Digiday Podcast, she said that in her many interviews, Donald Trump’s name didn’t come up.

“[Trump] is actually not topic A for most Americans,” she said. “His name hardly came up. Maybe there was a bit of a Voldemort effect, the name that dare not be uttered,” said Polgreen on the podcast. “People are really focused on the problems they’re facing in their communities. There’s a tremendous thirst for high-quality journalism about the stories that are unfolding in people’s communities.”

Polgreen talked about how the tour will evolve HuffPost’s editorial focus, the results of HuffPost’s rebranding and more. Highlights are below, edited for clarity.

Focus is important
“You’re seeing a significant narrowing of focus. For us, looking at our audience and who we’re trying to reach, [the Russia investigation] is not a strong focus area for us. We’re not necessarily putting in an investigative muscle behind it. If you look at the sexual harassment catastrophe, I really want to focus on the impact of harassment on industries that aren’t glamorous and that don’t involve multibillion-dollar deals. That’s the kind of trade-off we make.”

Moving past the Arianna era
“Every news organization or a founder-oriented company reaches a moment where the founder leaves the stage, and you have to think about how to preserve the DNA of that thing and move into a new identity that pays homage to the genius of the founder, but also moves into a new direction. In choosing me as the editor-in-chief, it was clear that we’ll be going into a broader journalistic direction: strong, fact-based reporting. The big opportunity was to be the voice of a broad swath of the country and world that was finding itself on the losing end of these big global trends, whether it’s globalization or the rapid pace of technological change or the growing inequality.”

The future of news on phones is not on platforms
“News consumption is moving away from apps and toward things that are baked right into your phones. Apple News, for many publishers, has come to be a source of referrals that rivals Facebook. We’re part of a really successful mobile phone company. That’s the direction that most digital media companies are headed in — being acquired by some kind of pipe owner. We’re already there. We’re working with a company [Verizon] that has really ambitious plans to merge content and distribution through mobile phones, [and] that’s exciting.”

Free-to-consumer business models are imperative
“People talk about aggregation as if HuffPost invented it. The New York Times would send front-page stories out to the wires, and that would dictate what was going to be on the 11 o’clock news. We forget that news organizations have been aggregating each other for a very long time, particularly across various types of media. You really do need a handful of very low-cost or free-to-consumer news organizations that see themselves serving the needs of people who aren’t ever going to pay for news.”

Platforms have pros and cons
“In India, there was a tremendous opposition to the Free Basics program where [Facebook] wanted to give away free internet that was in this Facebook walled garden. There’s a sense that you don’t want to limit the internet world to what Facebook has to offer. It’s good we’re having this debate right now about big technological monopolies and the role they play in our lives and democracies. There are absolutely huge drawbacks as to how it’s evolved in our society. I find it hard to be 100 percent negative about the role that social media has played.”