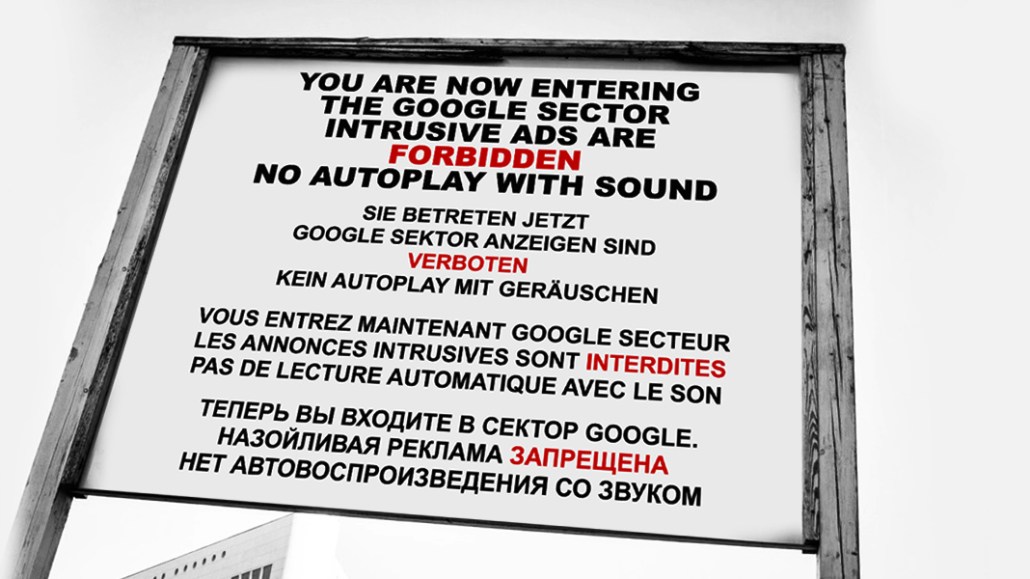 After the Wall Street Journal reported that Google is building an ad blocker for Chrome, Digiday found that while publishers are publicly cheering, they’re reacting with great skepticism to the move in private.

On this week’s edition of Deep Dive, where we go deep into the biggest story of the week, Digiday editor-in-chief Brian Morrissey spoke to media editor Lucia Moses about Google’s latest move and what this means for online advertising.

The hypocrisy of Google.
“Google is the biggest ad giant on the internet. It’s counterintuitive for Google to set out to block ads. Many say it’s a defensive move. Google sees rising rates of ad blocking, and it wants to keep the open web safe for users.”

Google’s ad blocker may actually hurt it.
“It has all advertising that it has to sell, it also has publishers. It has to keep the user experience healthy so people will continue to use it. It’s going to look good to users and friend to a publishers. But Google makes the vast majority of its revenue from search. How much of Google’s ad blocker going to hurt Google?”

Publishers and Google have overlapping interests.
“They both want to keep the web healthy for advertisers and users. Publishers wants to control their own destiny on their websites. There is this reflexive reaction you hear from publishers when they talks about the duopoly of Facebook and Google because they’re sucking up so much of online advertising, and setting the rules for the web that publishers then have to adapt to.”

Google is becoming an arbiter of the Internet.
“The web has a big ad problem, but its not something publishers can solve on their own. They needs a giant to level-set things. Publishers get as much as 50 percent of their revenue from content recommendation widgets. But should Google get to decide what good user experience is, what the right ad formats are, and what is good sponsored content?”