Day in the Life: Vevo’s CRO swims, parents and preps for a new subscription model

Over drinks recently, Vevo CRO Nic Jones was discussing the music video service’s relationship with YouTube. The bartender, placing a Bloody Mary on the table in front of him paused.

“Wait, what is the difference between Vevo and YouTube?” he asked. “I thought they were the same thing.”

This exchange, in a nutshell, is Vevo’s (and Jones’s) big challenge. Vevo relies on YouTube for a majority of its traffic, despite distributing videos on some two dozen platforms. Now, as the service plans to roll out a subscription tier, Jones has the added burden of convincing Vevo’s 350 million users (64 percent of whom are under 24) to start paying for a premium version of a service they’re used to getting for free.

He walked Digiday through a typical day on the job — Jones, an Aussie, is based in London and currently planning to move his family to San Francisco. Here, edited for clarity, is a recent day in advance of South by Southwest. 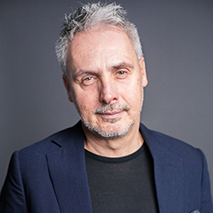 6:30 a.m.: Turn on the phone and see what’s been happening overnight: likely to be a few emails from The Boss who seems to keep even longer hours than I do. There is always something that needs to be actioned. All this I do while the boys take an age to get ready for school. If I’m in London I try to join them on the bus to school which, although takes me to a train station one stop further away from the office, allows me some of the best most meaningful conversations with Luca and Zeke.

8:00 a.m.: Into the office in the heart of London’s West End. Thankfully the London Underground system doesn’t have Wi-Fi (yet) so the ride in is a genuine chance to sort my priorities out in my head for the day/week/month. Also thankfully no one else is in the office yet so I get to put my choice of music on the Vevo Sonos system and enjoy some tunes while I try to get as much admin/emails/planning done before the craziness starts.

9:00 a.m.: Jump on a video conference call with our partners Authentic Entertainment in Sydney to discuss the last month’s numbers (which are very good) and plan for a mid-year visit to Sydney (YES!) to do a client and agency roadshow when we will have some exciting research to release and also to support them in the market with some PR.

10:00 a.m.: A couple of one-on-ones with my head of Europe and sales director to ensure we are tracking well for the first quarter and our plans for Advertising Week Europe are in place. Unfortunately our proposed session there requires some re-thinking as our star guest is now going to be in New York when we were hoping he was going to be interviewed by a DJ from BBC Radio 6Music in the main hall!

11:00 a.m.: International managers meeting covering London/Berlin to set objectives for the next quarter and also to do all the necessary housekeeping when you have to squeeze everyone into an office which we have outgrown in three years and is in desperate need of better heating and plumbing.

12:00 p.m.: Jump on the tube with Tom Connaughton, our newly promoted svp of content and programming, to see Jason Iley, chairman of Sony Music, to tell him the exciting news about Tom. Of course he already knows about it. But seeing as Jason is about to also take over as chairman of the BRITs from 2017 it is a great chance to also discuss some ideas for how Vevo might increase our partnership with the BRITs.

1:30 p.m.: Good Morning New York! As the Big Apple wakes up the emails and messages start flying in. Time to discuss our event plans for SXSW and the Vevo House where we have the wonderful Tory Lanez opening for us on the Sunday night. It never ceases to amaze me how much organization goes into these events and how hard our events staff work just to make it look so simple and seamless!

2.30 p.m.: Good thing our svp of sales (based in L.A.) has a young daughter and is always up at a ridiculously early hour. Gives us the opportunity to discuss a client who has decided they don’t want to go ahead with the plan we all thought was set in stone and now wants to do something completely different. I’m glad he has it all under control and really only wants to let off some steam about it to me. Oh yes and what about the new headcount we are waiting on approval for? Our West Coast sales office is on fire and needs some more hands to the pump!

3:00 p.m.: One-on-one with the CEO (my boss) to go through all the things that really can’t wait any longer. He’s been talking in the market about our subscription plans and there is still a lot of work to be done in the planning to ensure we get the execution right.

5:00 p.m.: Weekly commercial leadership team meeting with everyone from New York through Chicago to San Francisco and L.os Angeles, where we all share updates and also the aftermath of our annual sales conference in Nashville the week prior.

6:00 p.m.: Time for a cheeky Hendricks and tonic at Soho House with a great friend who is over from France for the evening before heading home to make sure I’m there before the boys get too stuck into their homework to want to talk to me.

8:00 p.m.: The West Coast is well and truly awake now and wouldn’t you just know it there is just time to squeeze in a call to plan an important partnership meeting we will be having with our largest partner the following week in New York.

9:00 a.m.: OK Vevo you’ve had enough of me. It is time to turn the phone off and spend time with the most important person of all … before it all starts over again tomorrow.