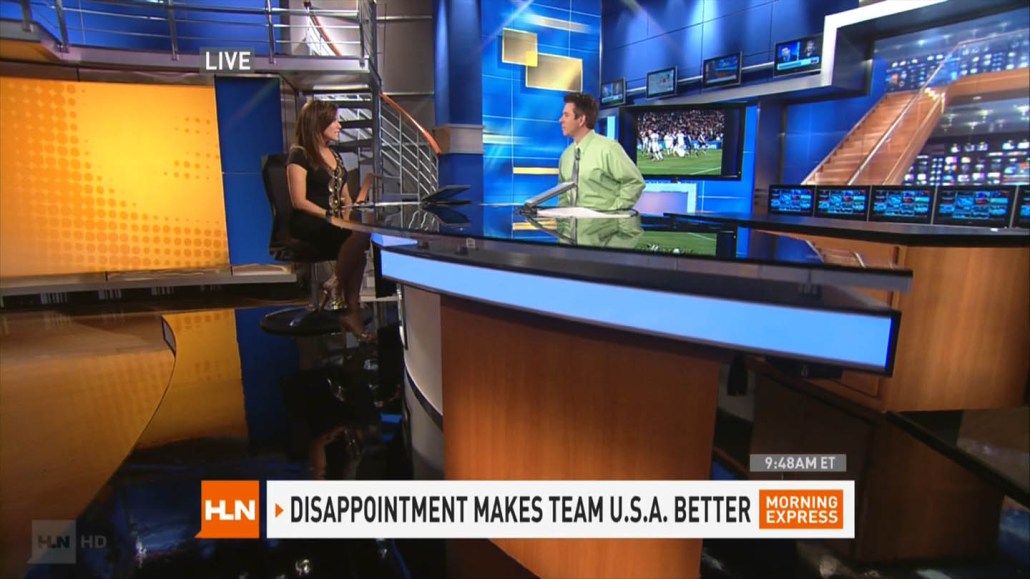 With their new deal, HLN and Daily Dot are teaming up for a new video distribution and content sharing deal. “Next Sex,” the deal’s first program, launches next month, and will appear both online and as a weekly three-minute segment in HLN Now, HLN’s signature show. Daily Dot reporters will also appear as regular guests on other HLN programming, including “Dr. Drew On Call”, and “Weekend Express with Lynn Berry”. All of that is a big deal for the Daily Dot, which can expose its relatively young brand to HLN’s viewership of 90 million U.S. households.

“This is about getting our content in front of audience that doesn’t necessarily overlap with our current one,”said Daily Dot video director Josh Rubin, who joined the company in July to build the Daily Dot’s video footprint. “Appearing on television also adds a certain amount of credibility to what we’re trying to do.”

Rubin, who spent ten years at CNN before jumping to The Daily Dot, said that the move is primarily a brand extension play, meaning no money is changing hands at first. Likewise, HLN is handing production of the Daily Dot’s video, which also reduces the overhead of The Daily Dot’s video operation, which has been centered on partnerships so far , such as its deal with YouTube multichannel network Rooster Teeth for a weekly video series since August. Rubin said the plan is to bring more video creation in-house over the next year.

“It’s good that they’re trying to bridge the divide between the new media and the old media,”said Nathan SooHoo, lead analyst at Venture Scanner. “Audience consumption habits are changing, and people are moving to a different medium. They’re trying to get in front of that.”

The effort is part of The Daily Dot’s effort to market itself based on its influence, as measured by  the number of times its work is referenced in other  media. This harkens back to the “media mentions” measurements used for years by magazine publishers.

But the backdrop is more dire for HLN. While the reach of digital-first operations like the Daily Dot continues to grow, the picture is less rosy for news networks like CNN and HLN. Ratings for both networks dropped by double digits over the past year — a 10 percent daily decrease for CNN and a larger 21 percent drop for HLN, according to Nielsen.

“There’s a really compelling audience play here for both of us. They have an attractive digital audience, HLN has an attractive television audience, and neither of them is the same,” said Lila King, HLN partnerships director.