Confessions of a fashion editor: ‘It’s an I’ll-scratch-your-back-if-you-scratch-mine world’ 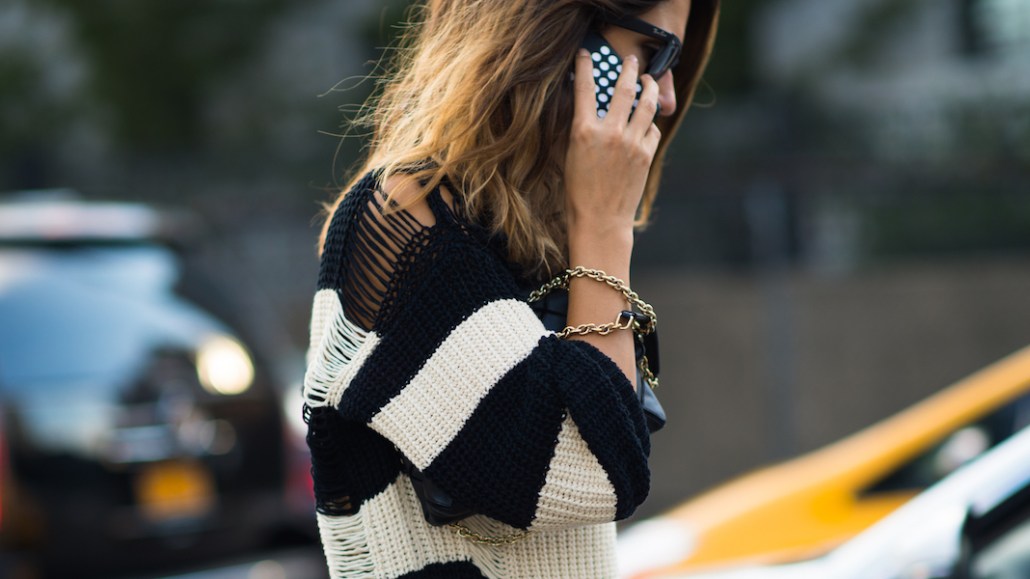 As with the industry at large, the priorities of fashion publishing are in flux.

Fashion editors have maintained their prestige in the industry, with designers and brands often clamoring for their attention and endorsement, but their actual role now varies widely across publications. While those at older glossies may still conceptualize and style editorial shoots, many of the editors at newer, online-only publications are instead responsible for curating shopping stories and churning out quick news blurbs. Traditional publications like Vogue and Harper’s Bazaar now have dedicated web teams to compete with these newer sites.

What’s more, the blurred lines of editorial versus sponsored content have grown increasingly murky in the digital space, with some fashion editors handling both, or simply privileging those brands who gift or wine and dine them.

But it’s not all fun and games for this cohort. The oversaturation of fashion brands today has made keeping up with the industry both during and after fashion week more of a challenge than ever. Many editors complain that, like designers, they barely get a minute to breathe.

For our latest confessions, in which we grant anonymity for honesty, we spoke to a seasoned fashion editor, who has worked for both traditional magazines and newer online publications, about what her job is really like behind the scenes.

How is your role different from that of a traditional editor?
Fashion editors don’t really edit, in the traditional sense; we’re not as focused on copyediting and in-depth writing, but rather, what clothes and brands the publication features, and how. That is, in an editorial, in a shopping story, etc. It’s a pretty vague role, and every publication approaches it differently, but you can pretty much bet that it’s less mentally taxing than your traditional editorial role. Those of us who are self-aware would use the term “journalist” lightly.

What would surprise people most about your job?
How tiring it is! It may not be rocket science, but the constant stream of showroom visits, brand events and runway shows keeps us all very busy, not to mention the fact that fashion at large takes itself so seriously. Events that seem frivolous or skippable have a heightened sense of importance.

Of course, we get very little sympathy for this, because most people assume our lives are glamorous. The reality is that we’re schlepping all over Manhattan, in all types of weather, for meet-and-greets and ass-kissing festivals — and we’re supposed to look pristine at all times. It’s not glamorous, and it gets old very fast.

What’s been most disappointing to you about the job since you started out?
When I was younger, I expected it to involve a lot more creativity and interaction with inspiring designers and the like. Although that does happen from time to time, and the occasional runway show will blow me away, I’ve found that the increased pace of the entire industry makes it nearly impossible to be creative and excited on a regular basis. Today, instead of meeting with designers and tastemakers one-on-one, most editors are relying on the internet to get to know a brand or a personality. Brief phone calls and robotic email exchanges are more the norm, and clothes are one flat, fleeting image in a sea of many more.

There must be some perks. What’s the biggest?
Definitely the inordinate amount of free crap I receive. There’s not a day that goes by where a brand doesn’t send me stuff, and although some of it is far better than others, it does make every day feel a little like Christmas. It’s also amazing for gift-giving. I spend so much less on other people these days because I have an arsenal of free stuff to choose from.

I also love that I can request pieces to wear for special events — even if they’re personal, like a friend’s wedding. Many brands and designers are keen to get their clothing on us editors because they think of us as influencers. In some cases, that’s true, but I doubt our wearing their clothes has a huge effect on their bottom line.

Does all of that gift-giving have an effect on the brands you end up spotlighting?
Not as much as the brands would like, and often, not at all —but there are definitely a few instances where I’ve developed closer relationships with a brand after they’ve gifted me and then continued to promote them, with the expectation that they’ll likely continue to send me stuff. Fashion editorial is very much an “I’ll-scratch-your- back-if-you-scratch-mine” kind of world, which is just another reason why it feels laughable when any of us [poses] as a journalist.

Is there camaraderie among fashion editors, or is it very competitive?
The fashion editor community — if you can call it that — is extremely clique-y, like high school for grown-ups. Although there are certainly a few nice, humble gems out there, the majority are very snooty and reserved, wanting only to associate themselves with editors of a certain pedigree or wealth bracket. During fashion week, it always feels as if everyone’s just standing around judging each other’s outfits and trying to one-up each other in “coolness.” I’ve worked in the industry long enough now to find it comical, but it used to make me queasy and uncertain.