Complex courts YouTube creators with its own new network 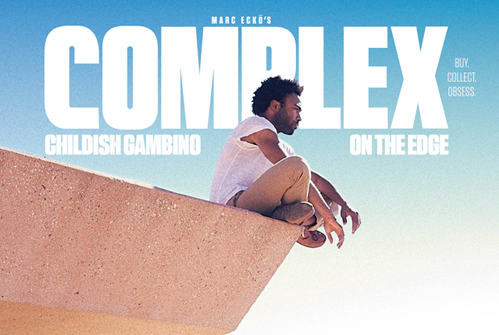 Over the past few months, men’s entertainment platform Complex Media has been slowly building its own multi-channel network and pitching it to video creators as a way to expand their reach beyond YouTube — and boost their ad revenue.

The network model is a familiar one for Complex, which also runs the Complex Media Network, a collection of 120 independent sites focused on millennial male interests. Complex’s tactic with both efforts is similar: By attracting relevant publishers and YouTube creators, Complex says it can sell advertisers a large-but-vertical audience across multiple sites and YouTube channels.

“We wanted to do this in a way that was endemic to the way that we already run our business,” said Nathan Brown, Complex’s video general manager.

Complex MCN’s creator lineup, which is 40-channels strong so far, includes channels dedicated to sneakers (SneakerWatch), skateboarding (RideChannel) and music (BaebleMusic). But those channels are dwarfed by the reach of Complex’s own YouTube channel, which gets 6.2 million viewers a month, according to OpenSlate.

With its new MCN, Complex is making the typical pitch to YouTube creators. Money is obviously the biggest pull. By roping in a handful of semi-popular YouTube creators, Complex aims to attract bigger CPM’s for everyone involved. The other appeal is production. The company has built a pair of film studios — one in LA, one in New York — which it has opened up to its creator partners.

“The big vulnerability in the YouTube model is that it doesn’t work as well for people who don’t have those huge fan bases,” said Lesley Pinckney, vp of digital and social at Walton Isaacson. “Google has been focused on the top 1 percent of creators, but there’s something to be said for going a tier below with people who have a million or even 500,000 subscribers. If you get enough of them together, suddenly you have scale.”

But YouTube, which takes a 45 percent cut from partner ad revenue, has become an increasingly tough sell for YouTube creators, some of whom are looking for a bigger share of their ad revenue by striking it out on their own. Felix “PewDiePie” Kjellberg, YouTube’s most popular star, for example, earns $4 million from his videos via Disney-owned Maker Studios, which takes a cut of the revenue. Kjellberg, however, has been turned off by the way MCNs are managed, which is why he has not yet guaranteed to re-up with Maker at the end of the year.

Complex isn’t aiming for those sorts of YouTube heavyweights, however, nor is it trying to build its network with thousands of partners. While networks like Maker Studios attract as many partners as possible in the name of scale (both Maker Studios and Fullscreen have roughly 55,000 channels on their networks), Complex says its MCN is heavily focused on a comparably small group of creators that focus on Complex Media’s bread-and-butter content areas.

Brown said that this is why Complex also hopes to use its new YouTube deals to draw creators into distribution deals on Complex’s own site, which comScore says gets 11 million unique visitors a month.

“We’re not going after the people with the biggest fan bases,” Brown said. “The focus is on the people that own the conversation about the topic. Obviously scale matters, this is more about voice ownership.”