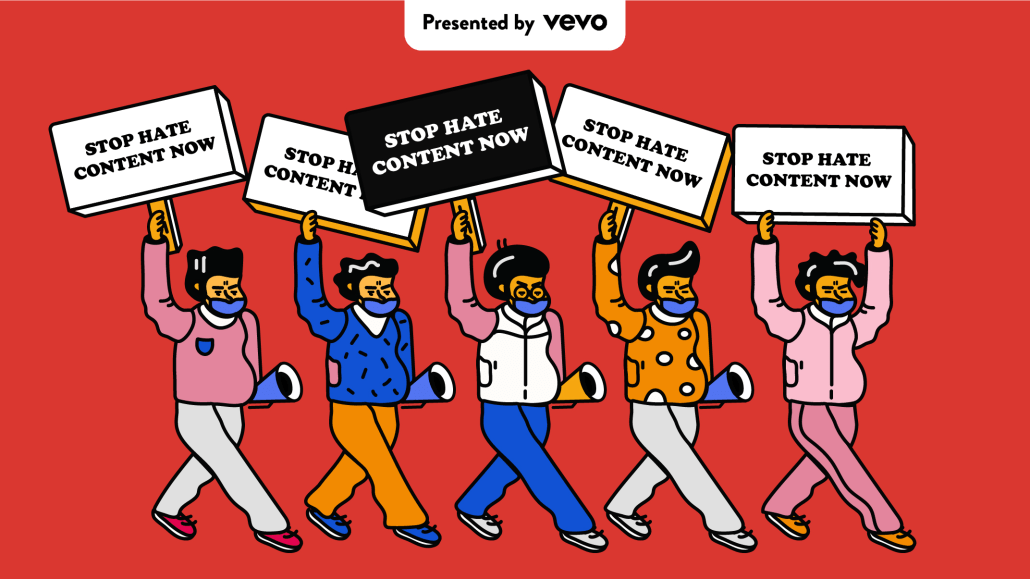 People are campaigning against racism everywhere, and marketers are very eager to let them know that they are on, well, some kind of campaign too.

Often these are fuzzy, tepid commitments unlikely to achieve much beyond a few headlines and the odd like. But now a few advertisers are taking a completely different view. Or at least that’s what they want people to believe when they say they’re using their media dollars to purge systemic inequality from the media and advertising industries.

Since the rise of the Black Lives Matter movement in May, marketers from Procter & Gamble to McDonald’s, Pernod Ricard to Pepsico have pledged to think more carefully about whether their media dollars help fuel racial bias. Usually, marketers try to spotlight those prejudices with equality awareness ads that invariably stop short of righting those wrongs. But these latest moves go a step further.

“An estimated five percent of marketing industry spending is invested in businesses that are owned by black, Hispanic, Asia pacific or native Americans,” said Marc Pritchard, the chief brand officer at Procter & Gamble at the ANA’s Masters of Marketing conference earlier this week. “At a combined 40 of the U.S. population we’re clearly underinvesting when it comes to those audiences.”

Pritchard — the top marketer at the world’s largest advertiser — is working to eliminate systemic investment inequalities across the creative and media supply chain. Doing so means facing up to some cold hard truths. Namely, that lower cost per thousand prices, particularly in programmatic channels, lead to greater efficiencies.

“There’s a scale myth that inaccurately states that you can’t get big enough scale by investing in minority-owned businesses,” said Pritchard.

Moving forward, Pritchard said P&G will spend more of its money with minority-owned media owners. To do so, its marketers and agencies will broker more deals with those businesses, as well as ensure they get more of its programmatic dollars. These moves will be accompanied by new measurement systems as well new internal expectations for how much money is spent and with what media owner.

“We’re setting expectations for ad spending and relevance [around these moves], not just reach and CPMs,” said Pritchard. “Because when we invest in these enterprises we not only increase media and advertising effectiveness, we directly invest in the communities. That helps close income and wealth gaps which means more purchasing power, which ultimately drives market growth that we all want.”

It’s not too hard to see why this is happening.

At a time when every washing detergent and toilet paper brand is a champion of social justice, it can be encouraging, even sincere, to see marketers accept one of the industry’s inconvenient truths: marketers have played on those prejudices for profit, from Uncle Ben’s to white plasters. And as people start to question the veracity of so-called woke advertising from marketers, this new approach to inclusive media buying can be an earnest counterpoint.

“People could turn around and say we’re just as culpable for fuelling the hate speech and disinformation as the platforms and media owners,” said Pernod Ricard’s CEO in the U.S. Ann Mukherjee. “When it does become apparent that our ads associated with views that go against our own then we need to do a better job of taking our media dollars elsewhere.”

And yet as refreshing as these statements are, this level of self-awareness is really just a tactic like any other — and it faces the same test that any tactic does. Can it serve a purpose?

It’s fine for advertisers to buy media from BET or The Source, but what if they stop buying ads on larger outlets like Fox or the Daily Mail, both of which have been roundly criticized for editorial that fuels racial tensions rather than calm them.

Observers thought this point had been reached on Facebook over the summer when some of its largest advertisers paused media dollars in protest of its mishandling of hate speech and misinformation. But after a month many returned.

In some ways, the boycott was a microcosm for how some advertisers see inclusive media buying. They talk about doing it in broad brush strokes but there are serious implications to consider when hundreds of millions of dollars are moved from one media owner to another. As Pritchard alluded to, there’s a reluctance among advertisers to boot certain publishers — even for those that are accused of spreading hate and misinformation — from media plans because they’re worried the lost reach will be too costly to make up.

Being able to make those calls, was part of the reason why PepsiCo launched two separate Hispanic business units for its food and beverages brands in 2018. And while it hasn’t led to swathes of media dollars being pulled from some of the publishers the businesses advertise on, it has steadily increased the amount that makes its way to minority-owned business owners.

“We started this journey two and a half years ago, but we’ve learned this year that these communities need support more than ever,” said Marissa Solis, svp of marketing at Frito-Lay North America. “They’re disproportionately impacted, whether it’s by Covid-19 or social injustice, and that’s been a big learning for us in 2020. So much so that we’ve doubled down on our commitments.”

That’s set to continue over the next five years, with the business setting aside $170 million for a set of initiatives aimed at supporting Hispanic Americans, including those who own media businesses. This investment is in addition to PepsiCo’s 2020 target to spend $275 million with Hispanic suppliers and builds on its prior $400 million program addressing issues of Black inequality.

“We’re on a journey in the sense that [inclusive media buying] is something we’re doing more of, but I don’t know if we’re all the way there yet,” said Solis.