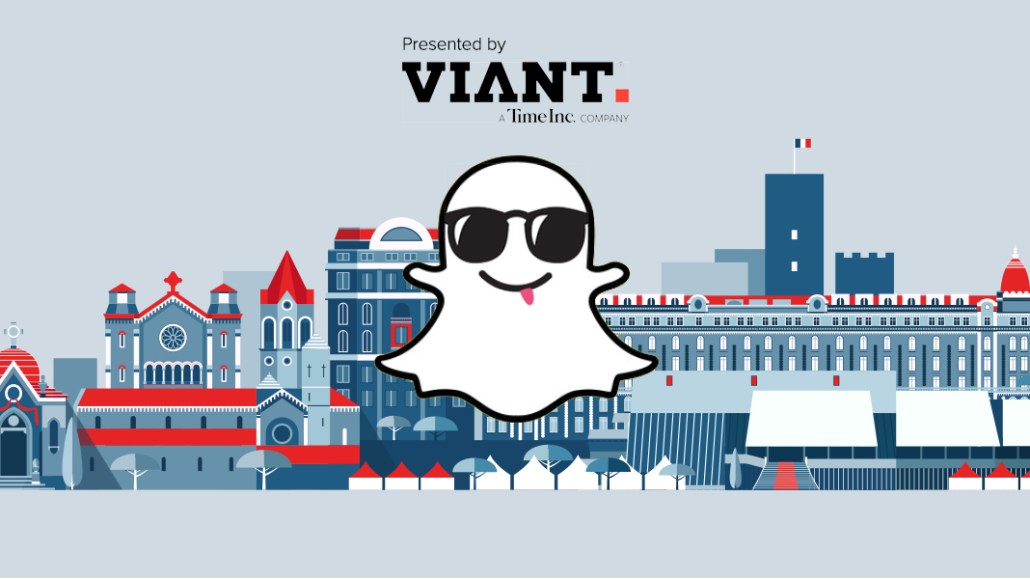 Facebook, YouTube and Twitter have all shelled out for beach spaces and have scheduled a series of panels and events throughout Cannes. Snap, once again, is forging a different path.

The newly-public company has erected a yellow Ferris wheel right outside Le Palais. It’s called “Le Grande Roul” and is open to both delegates and the public. People using the wheel are being asked to share their experience on Snap. And to round it all out, there’s a vending machine next to the ferris wheel where one can buy Spectacles.

Oh the irony: Snapchat is going to totally win Instagram at the #canneslions this week.

It’s a brazen and unique move by Snap, but conventional (for them). Last year, the company placed the biggest billboard in town right in front of the Palais to get everyone’s attention, but did most of its work inside a secret meeting space blocked by a black gate and multiple security guards.

Secrecy seems to be the motto once again for Snap, which hasn’t disclosed many details to media partners and ad buyers on its Cannes agenda. Once again, there’s a secret meeting space, where the company has vaguely promised to talk about “expanding the work and partnerships” it has with clients, said one ad buyer. There is also an “after-dark” party on Monday night (anyone who wants to smuggle me in, it’s sahil@digiday.com).

“It strikes me as a bit odd in contrast with some of the other partners who have been really proactive and detailed about Cannes,” said one agency source. “Facebook, for example, specifically outlined what several different types of meetings with them could look like — from talking about Instagram specifically, to Messenger, to reaching people in emerging markets on mobile, and more.”

Following a much-hyped IPO, Snap has continued to struggle with growing daily users for Snapchat, which is being ruthlessly copied by Facebook’s family of companies — most notably with Instagram. With a new self-serve ad option and other products that allow advertisers of all sizes to buy Snapchat ads, Snap is hell-bent on getting more advertisers to use its platform.

And with most of the advertising industry boozing and schmoozing for a week in Cannes, a big yellow ferris wheel is certainly one way to stick out. Let’s just hope it doesn’t break down.

Talking points
We previewed Cannes with the week’s top talking points. Here are a few key ones:

Reading list
Sahil Patel and Shareen Pathak took a deep dive into the world of MediaLink, the industry power broker that’s a fixture at Cannes.

Seb Joseph checks in with how consultancies like Deloitte and Accenture are using Cannes to buff up their marketing credentials, naturally to the distress of that hardy band of Cannes creativity purists.

Cannes after dark
Everyone has front-loaded their activities, it seems. It’s like how states try to jump in front of each other during the presidential primaries. Some highlights: