Candy From Strangers: Jason Zada on His Scary Viral Hit 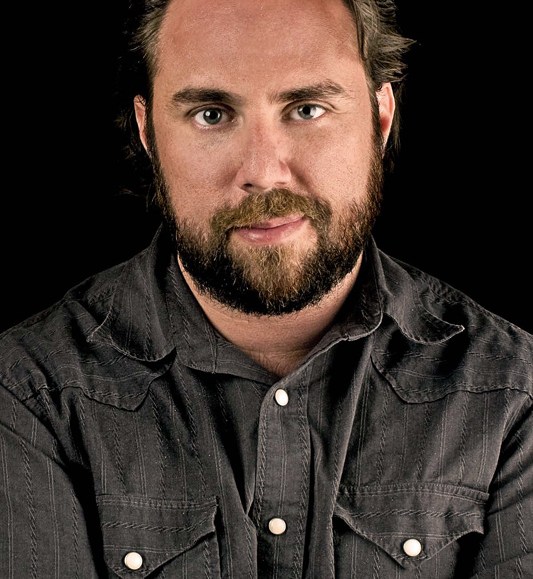 Jason Zada is the mastermind behind the latest viral sensation to sweep the Web: Take This Lollipop. Take This Lollipop is an app that connects to your Facebook account to generate a very personalized online experience, like Intel’s Museum of Me or Ikea’s recent YouTube app; however, unlike the others, Take This Lollipop is intentionally creepy. Take This Lollipop uses your Facebook information to make you the victim in a scary short film in which a grimy-looking, twitchy, and clearly disturbed man stalks you on Facebook and then comes after you. Many would expect something like this to be part of a guerilla marketing campaign for an upcoming horror movie, but it’s not. According to Zada, it was just a fun side-project for the Halloween season. Zada took time with Digiday to talk about his sinister viral hit that’s now topped 3 million Facebook likes, what it takes for people to share online, and the voyeuristic aspect of social media.

Is there some kind of anti-oversharing message in Take This Lollipop?
Personally I didn’t have an agenda behind it. I guess I just wanted to have fun and really get people in the mood for Halloween. I wanted it to be up within the first couple weeks before Halloween, and I wanted to do something that had never been done before. Taking all of this information that people have online that is private and making it seem like it is being used for something malicious, that hadn’t been done before. Of course, no one’s information was actually being used in that way — we don’t save any of your information — but just that experience, there is something very unsettling about that. So once I had the idea, I wrote a script and worked with a developer named Jason Nickel to make it happen.

Since users must allow access to their Facebook page to launch the short film, why did you decide not to make the personalized horror shorts shareable?
It was one of the original things we had talked about. We did consider making this something you could do to your friend, but we decided we wanted to keep the experience contained. We wanted it to be something that you experience like a rollercoaster, you go on the ride, you get off, and then it’s done. I didn’t want people to be able to look at other people’s videos. It ruins the fun. But actually, if you look on YouTube there are so many reaction videos. That hasn’t seemed to ruin it for others though, people see other people’s reactions and want to try it themselves. It’s funny how that works.

Are you a big social media user? How comfortable do you feel about sharing personal information on the Web?
Well, we are all in this interesting time when there is a lot of information about us available online, and there is no turning back. Everything that you do leaves an online footprint. I’ve done a lot of interviews for this and then I find out they are recorded and posted online. No matter what, everything is leaning towards this place where we are always leaving footprints. But I didn’t make Take This Lollipop to be anti-Facebook at all.

Do you think this is the Oversharing Era? Do you think social media has had an overall positive or negative effect on society and how we socialize and function?
I think it’s just changed the way that we communicate. I think communication between all of us is very different than it used to be. It’s not a good thing or a bad thing. Many people will say that we share too much, and that’s OK. But this is all possible because of technology, and that is something to be proud of. Our time seems to have become more limited, so one of the interesting things about Facebook is that I can easily tell 100 of my closest friends where I’m going to be or what I’m doing, but I don’t have to. It’s my choice. For some people it becomes interwoven into their life, and for others they don’t like it. Like Foursquare. I’m not a big not a fan of it. I don’t want people to know where I am all of the time. But then again, some people really like it.

What is the secret to getting people to share?
There is no secret. It feels like if you align yourself to simplicity — simplicity is huge — it works. When it doesn’t require much for the viewer, people seem to get it. If it’s timely, like around a holiday or occasion, something that people are naturally prepping themselves for, that seems to work. For every “successful” viral thing, there are a million other things being produced. Like when I launched Take This Lollipop, I thought if 100,000 people said they liked it wouldn’t that be cool? And now the last time I looked it was at 2.7 million likes in less than two weeks. That’s pretty crazy. I’ve never seen something like that before. But it’s very hard to predict. Internationally, too, it seems to have instantly taken off.

You worked on the successful Elf Yourself campaign. Do you think interactivity and social media integration will be the future of advertising?
People went crazy for it because it’s fun. But it’s not for everyone. It’s crazy to say that everything will be one way. I just think things that are fun or things that put you into the experience seem to have a different emotional response than things that don’t. It’s interesting that there seems to be a need to want to be negative about some of this stuff, the interactivity and social media integration. There are a lot of people who get creeped out by it and that’s fine. There is that side of it, but I think there’s another side of it that people really enjoy finding themselves interwoven into an experience. And it really does pack a big emotional punch to them.