With a new incoming CEO, can Guardian US woo advertisers? 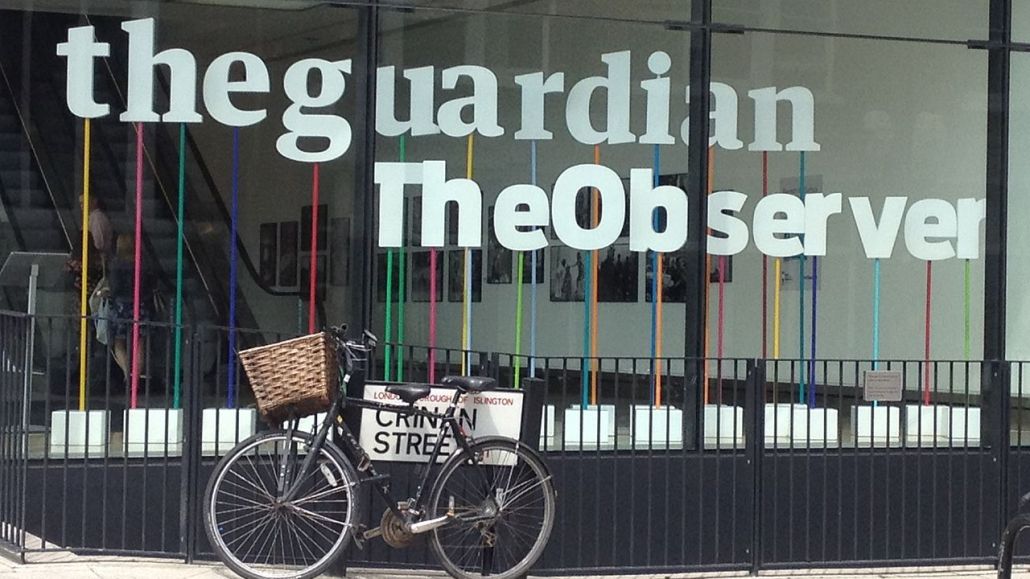 The Guardian has spent the last few years repurposing its British editorial sensibility for American readers. Now it’s trying to do the same for advertisers.

The New York-based Guardian US, launched in 2011, has been growing at a steady tick. Thanks in large part to its Pulitzer Prize-winning coverage of Edward Snowden’s NSA leaks, the operation’s traffic has increased 15 percent over the past 12 months, hitting 21 million unique visitors in May, according to comScore. It has also bolstered its editorial bench with the addition of a half dozen new reporters to what is now a 30-person editorial team.

Now for the hard part: turning that audience attention into ad dollars. This week, the Guardian said that MEC exec Eamonn Store is stepping up as its new CEO. Store, an ad buyer through and through, spent 25 years on the agency side, including stints at Starcom MediaVest and Carat. And while that makes him a somewhat unconventional choice to lead a media operation, Guardian News & Media deputy CEO David Pemsel said that the company tapped Store because it was attracted to his “ruthless commercial understanding” of the advertising world.

“He’s been there for many years and obviously has a network of people he knows within agencies and on the senior level of clients,” he said. “The way that we tell our story is something we need to sell at the highest level. That’s what Eamonn will bring.”

Picking an agency exec to run a media organization makes sense, at least in theory. After all, who else would know the best strategy for differentiating in a crowded field of advertising options?

“When the primary source of revenue for these brands is advertising, they’re going to have to know how to position themselves to the American advertising community,” said Barry Lowenthal, president of the Media Kitchen. “Having someone who has worked on the agency side makes a lot of business sense, particularly when they’re paired off with a strong editorial partner.”

But the media world hasn’t been kind to agency-execs-turned-media-CEOs. Former Holiday Hill chief strategy officer Baba Shetti, for example, spent just nine months at the helm of Newsweek and The Daily Beast before retreating back to the agency world. Ditto for former Digitas CEO Laura Lang, who walked away from the top of Time Inc. after just 15 months on the job. It’s too early to say how Store, who starts in September, will fare in comparison.

Either way, the imperative at all publishing operations these days is to bring something “native” to the table, as evidenced by the recent plunges into sponsor content by The New York Times and The Wall Street Journal. No publisher worth its salt is pinning its hopes on commoditized banner ads. Expect The Guardian US to be no different.

It is already in the midst of transporting its Guardian Labs brand content unit to the U.S. market. The effort, officially launched alongside Unilever in February, has already attracted big brands like HSBC and Netflix. The Guardian hopes to push that effort along with its new West Coast office, which should help improve its mindshare among Silicon Valley tech brands.

The Guardian will also appeal to its upscale, young readership, which it says are free-thinking, curious and attracted to trusted news sources. And let’s not forget that it will play up the British cool factor that U.S. rivals can’t match.

“Having the ability to target a global audience with one property is very appealing,” said Jacqui Hannigan, vp of media at RP3. “The right clients also see the benefits to being connected to a brand like that.”