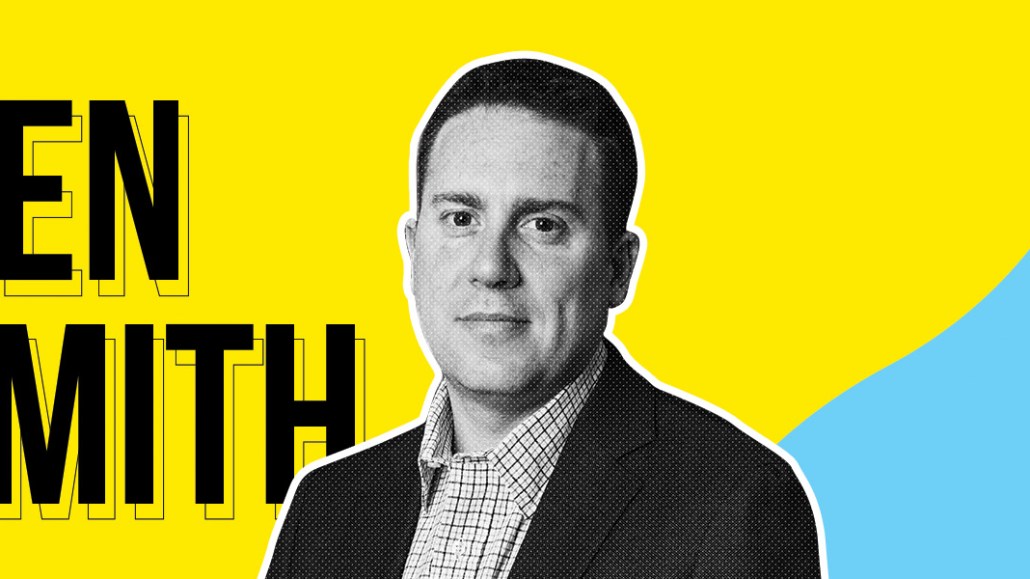 This Q&A with BuzzFeed editor-in-chief Ben Smith appears in the latest issue of Digiday magazine, a quarterly publication that is part of Digiday+. Members of Digiday+ get access to exclusive content, original research and member events throughout the year. Learn more here.

We’re in a time when the news cycle is incredible and distributors like Netflix are putting money into news shows, but Facebook is also going away as a distribution source and people are turning against journalists. How do you see it?
I think this is an incredibly good time to be in news. I do think it’s become much clearer over past year that news is a great business. You have a vastly larger audience who really appreciates what you do and what journalists do in a way that genuinely feels new to me. There’s an opportunity to do original reporting that cuts through a noisy ecosystem. And opportunities around new kinds of broadcast. So on the news and distribution side, it’s been an amazing year. We’ve been very focused on broadening the ways we make money. It’s incredibly heartening that people are starting to pay for news. We’re certainly going to start experimenting with that as well.

BuzzFeed grew up on Facebook; has that ultimately been better or worse for BuzzFeed News?
Certainly these new digital tools open the door for new outlets and voices and challenges to the journalism establishment, but also the litany of challenges is extremely long. There’s a really long-running conservative and Fox News-driven process that positions conservative commentators as the right and mainstream news as the left. That’s not reality. It’s healthy for outlets like ours that are rigid in the reporting, not the ideology.

Is Facebook falling for that trick by catering to far-right publishers?
I don’t know. I think a lot of the platforms’ leadership is new to this kind of dynamic. I don’t envy their jobs. I think they’re incredibly difficult decisions to make. On one hand, they clearly need to create spaces that aren’t toxic. On the other hand, it’s true when you create powerful tools for limiting speech, it will inevitably end up in the hands of the federal government. I don’t think the Alex Jones case was a hard problem, but some of these are genuinely hard problems. I think they are authentically aware — they see they’re opening these very complicated doors.

Facebook’s news partnerships head Campbell Brown was recently quoted as telling Australian news execs that Facebook doesn’t care about publishers. How did that go over with you?
I wasn’t there, but in general I think it’s healthy she’s speaking bluntly. Rather than having someone whose job it is to keep us happy.

As Facebook has deprioritized news, how has BuzzFeed News shifted its platform approach?
We were very dependent on Facebook in 2013. We’ve become steadily less dependent on them. Our strategy is to figure out quality news on every platform. I don’t think that’s necessarily changed much. Netflix is a really important platform for us at the moment. We’ve shifted away from social video and more premium video.

You joined BuzzFeed News in 2011, and the outlet is still described in terms of its parent brand, with its less serious content. Does it bother you that people still make that association?
The thing about reporting is, it’s not about abstract brand measures but does it hit? Does it get people out of jail? Ultimately, the way you do that is because the stories are compelling. So that’s never kept me up at night. We’ve always balanced the fact that we’re associated with this huge, beloved brand. The red brand doesn’t ask you to trust it; it’s relatable, it’s funny. Fundamentally, what news says is, I trust it. It’s the ongoing progress.

What would surprise people about your audience?
Obviously, our audience is primarily millennials. It turns out millennials care a lot about wars and abuse in the Catholic church. Every generation has this idea that the younger generation has no attention span. That is never true. But we also reach lots of older people and young conservatives. The stories, when you write about politics and Donald Trump, most people look for, does this support the ideas I already have? When you get outside that like with this story about deaths in a Catholic orphanage [posted by BuzzFeed News Aug. 27], that polarization falls away.

First everyone was doing social video, and then publishers shifted gears and started doing longer-form video. How do you know you won’t be shifting tactics again in a year?
The new shows we’re doing — three at the moment — is stuff that’s a megaphone for our journalism and brings a larger audience. I feel incredibly proud of the shows we’re doing. It’s not only what the platforms want but what the people who view them want. How sure am I things won’t change? If you look at mature media companies and hybrid media/technology companies like ours, it’s not like there’s one silver bullet. Every company needs diverse business models.