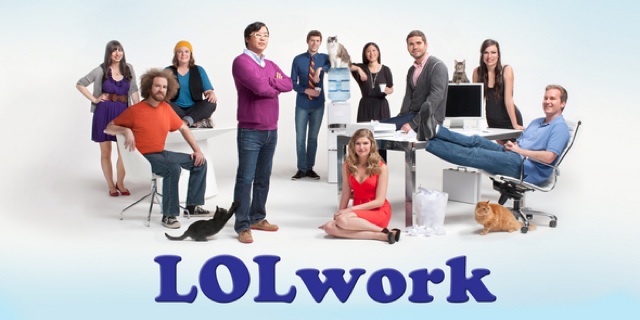 Bravo’s latest reallity show is “LOLwork,” chronicling what it’s like to work at ICanHasCheezburger.com. Todd Sawicki, who was the chief revenue officer at Cheezburger for the past three years and who is part of the “LOLwork” cast, took time with Digiday to talk about the new show, digital media and Internet culture becoming mainstream and reality TV stardom. 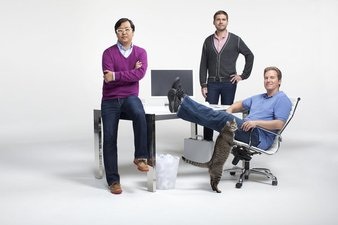 How did “LOLwork” come about?
The idea for the show was actually the result of Cheezburger working on a show for our Fail Blog site. Ben [Huh] and I had been pitching a show based on our amazingly popular Fail Blog video clips, but as we started talking to various networks and they started hearing the story of Cheezburger, the more they were really interested in the story of the amazing, funny, strange and interesting folks who make people laugh for five minutes a day. Bravo really wanted to capture this unique and humorous phenomenon that seems to dominate Internet culture. Seriously, someone had to try and explain why cats rule the Web.

Why did you guys want to do it?
Brian [Morrissey] loves to ask the online advertising industry, “When will the Web overtake TV in terms of advertising?” I’m one of the folks who has answered Brian’s question this way: TV is still the best way to tell a story, and brands love TV advertising to tell their story. To that point, we saw it as an amazing way to tell the story of memes, Internet culture and Cheezburger to a much larger audience. And honestly it’s been a great way to get meetings with media planners without having to buy a bunch of Knicks tickets or custom jeans. Media planners seem to be huge fans of Bravo and think the show is an amazingly cool idea. They’re now going to get hang out and work with Bravolebrities! That sure beats the Knicks.

What were your feelings about doing a reality TV show and becoming part of the Bravo franchise?
When I heard Bravo wanted to make the show, I was way excited. Bravo does an amazing job for reality TV. They, more than anyone, have made that genre as popular as it is today. To be part of that lineup and team is awesome. We had no doubts that Bravo was the right network and partner to tell the Cheezburger story. Ben, Emily and I are also enormous fans of “Top Chef,” and ironically enough we’re now going on air right after “TC” on Wednesday nights. I think I call that Fate.

Did you ever think you’d be on a reality TV show?
I certainly don’t mind getting in front of room, so being on TV is something that I was comfortable with, though never really expected. Who has such an ego that they really think their story is that interesting? Except maybe if you’re Donald Trump.

How was the filming experience? Do you ever get used to the cameras?
Honestly, the thought of the show and seeing the crew set up was more interesting than anything. The minute they actually started filming, they just blend into your daily routine. When it’s just someone filming what you do for a living and really nothing more, then it’s something you quickly get used to and really just ignore.

What was the worst part of filming?
Honestly, the worst part was having to wear a mic. I was always sitting on the darn thing in awkward ways. Since they were just filming my work — and I loved my job and Cheezburger (there’s a reason I always wore those t-shirts at events and such) — I honestly can say there wasn’t really anything bad about it. Based on my experience, I would tell everyone to try it sometime.

Do you think the show will make people more or less likely to want to work in digital media?
I do think it will encourage even more interest in digital media. Not that digital media isn’t becoming more and more the center of popular culture already. But this, I think, will only help that trend and interest.

Between “LOLwork” and “Silicon Valley Start-Ups,” what do you make of the digital media/tech/startup world going mainstream?
Internet culture is the next generation of popular culture, and I think Bravo is being very smart by focusing on it. We always thought we were building the next generation media company, the Disney for the 21st century, and many ways Bravo recognized that cultural interest. Silicon Valley is where young people, more then anywhere else, get a chance to build amazing businesses, which perhaps is the only place in the world where that is true.

Do you plan on capitalizing on your soon-to-be Bravolebrity status? You know, like with a clothing line or US Magazine tell-alls?
I laugh at the whole idea of being a Bravolebrity. I just never thought I would be on the same level as the Housewives. As the person who launched and built Cheezburger’s popular t-shirt business, I sure hope the show sells a few shirts.

Most importantly, who is your favorite Beverly Hills housewife, and are you as excited as I am for the new season?
I had never watched a “Real Housewives” show until we started working with Bravo. I have to say I’m more of a “RHONJ” fan. I love the husbands — they crack me up. Now on the other hand, as I said, Ben, Emily and I are huge fans of “Top Chef” and could go on and on about that show.