How Bloomberg News is using Telegram 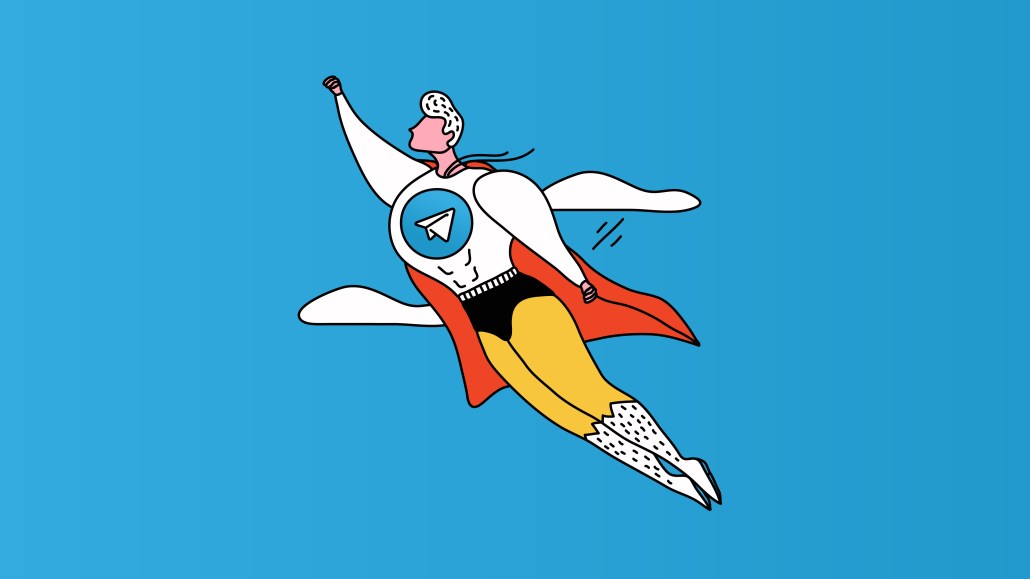 On Telegram, the preferred messaging app for the privacy conscious, Bloomberg News is attempting to draw new subscribers and build an audience outside the U.S. In Iran, for example, the encrypted messaging app is used some 200 million times a month, according to an Iranian government agency.

Every day, Bloomberg sends out at least one or two messages to the more than 27,000 subscribers to its account on Telegram, called a channel. Bloomberg news editors craft the messages, and often stud them with emojis, to read more like a short newsletter than just a list of headlines and links. The editors who write the daily update messages are encouraged to adopt a more conversational tone and provide more context for each story link, said Katie Boyce, Bloomberg’s digital managing editor. These messages are “longer than a push alert but shorter than a typical newsletter.”

The stories referenced in those messages range from breaking business news pieces to in-depth features on major tech companies and cultural pieces, like the one about a Seoul neighborhood that’s become a training ground for up-and-coming K-pop stars. Telegram’s Instant View feature lets users read certain stories within the app, enabling them to circumvent Bloomberg’s paywall. But the story includes links so these readers will be encouraged to sign up for Bloomberg News subscriptions.

In December, Bloomberg started using an account on Telegram after WhatsApp enacted a ban on bulk and automated messaging, thereby preventing Bloomberg from messaging its thousands of WhatsApp followers. Bloomberg is no longer active on WhatsApp but is applying what it learned from that app to its activity on Telegram, Boyce said.

Boyce recounted how Bloomberg first started using WhatsApp in mid-2018 in an effort to reach more international users, especially people based in the Asia-Pacific region. By December 2019, its audience on WhatApp had grown to 93,000.

“For us, the biggest benefit was the one-on-one relationship that we created with these users,” Boyce said. “Right now, media organizations are utilizing newsletters for that, but there’s more noise in your inbox than there used to be.” She noted, “Our readers were using dark social [media channels] to share content with friends and family so we wanted to meet them there and create a more direct relationship by sending daily conversational messages that were written by our editors and not an algorithm.”

Boyce said the feedback Bloomberg received from WhatsApp users about its breaking news was thoughtful and was also incorporated into its strategy for updates. “It was much more intimate and engaged,” Boyce said. “We built up this nice highly engaged audience who would give us feedback.” Subgroups of users received more targeted messaging on particular topics, like the Middle East. A bot enabled users to search for stories on WhatsApp using a hashtag. “Users really liked that,” she added.

The audience Bloomberg amassed on WhatsApp was globally diverse, highly engaged and loyal, Boyce said. She noted that while Bloomberg wasn’t able to track precisely how many news subscriptions it sold to WhatsApp users, that app allowed Bloomberg News to lay “the groundwork you need for a subscription audience.” And now Bloomberg hopes to do the same with Telegram.

Unlike WhatsApp, Telegram doesn’t limit the number of followers, or subscribers, you can have on a channel, or account. And while larger U.S.-based media companies have yet to establish their own official Telegram channels, some journalists in countries like Ukraine use it to communicate with readers. In 2016, Telegram played a role in Spain’s elections with various bots supplying real news links on the platform. And recently the app has become a haven for cryptocurrency enthusiasts who favor its invite-only discussion groups. Telegram also played a significant role during last year’s Hong Kong protests, serving as the primary communication tool for activists. Like Signal, another popular encrypted messaging app, Telegram has a reputation for being secure; that’s despite reports of repeated cyberattacks from China and Russia.

Telegram is not on the radar of many publishers. Of eight publishers contacted by Digiday, just Bloomberg has opened an official account. Instead The New York Times, Reuters and The Wall Street Journal each appear to have at least one rogue account operated by bots, a matter the publishers confirmed to Digiday.

At one point Bloomberg also had a rogue account created in its name on Telegram, but after reporting it to Telegram, Bloomberg obtained a verified channel.

Boyce said it’s too early for Bloomberg News to measure its success on Telegram, but so far it’s been promising. “Using these messaging apps really works for our business as a global media brand,” she said. “For us, this audience is important to engage and to reach in order to grow our audience and our subscriptions.”