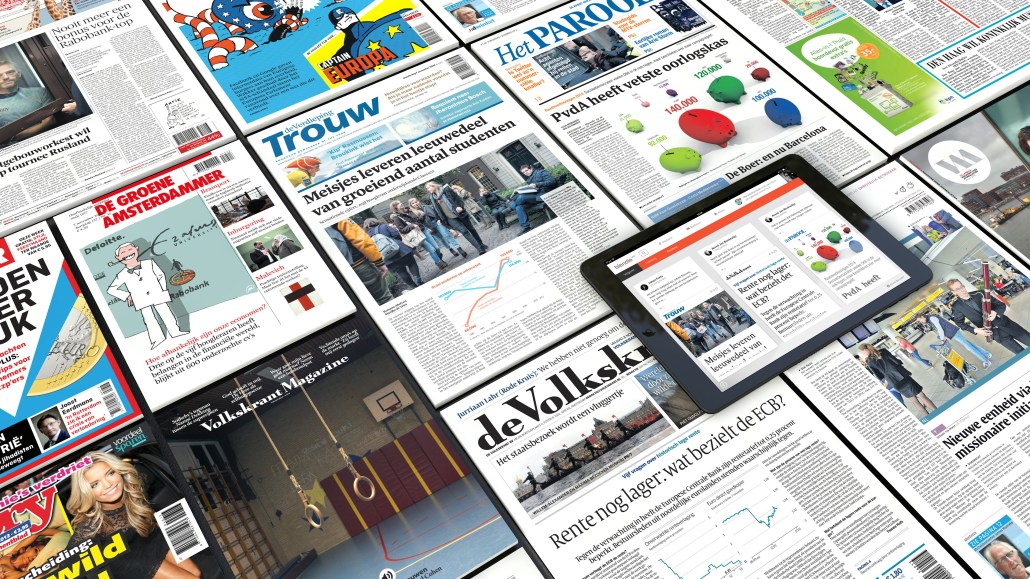 Dutch journalism startup Blendle offers content from a range of Dutch- and English-speaking publishers to users who pay by the article. Having launched in April 2014, this iTunes-like service now claims to have 145,000 users, 20 percent of whom pay for access to articles once they’ve read their allotted free content.

Blendle has a broad base of content available from Dutch publishers as well as one notable international title, The Economist. Articles are available in HTML and PDF form across Web and mobile apps. Its revenue is split evenly among five different sources: one part PDFs, one part social, one part from its email newsletter. The other parts come from its homepage, search and alerts people set up about certain topics.

Earlier this month, Blendle made headlines when it secured a €3 million ($3.8 million) investment from the New York Times and Axel Springer. It will likely use the money to add new features and expand internationally. Some industry watchers greeted the news with cautious optimism while others argued that any effort to get readers to pay for online content is inherently doomed.

In a chat with Digiday, co-founder Alexander Klöpping answered his critics and described how readers are using the service. Excerpts:

Critics say you’re only in the low tens of thousands of subscribers, so why should they take you seriously?
We convert 20 percent of users that register for free. That’s actually something we’re really proud of — a service like Spotify gets around 20 percent too, but they’re able to throw millions at customer acquisition. We’re doing well considering Holland is quite small, the growth is very rapid, and the 20 percent has stayed the same the since we launched just over six months ago. The rate of registrations we’re seeing looks like a hockey stick on a graph. It was 135,000 a week or so ago, and we’re at 145,000 right now.

The Dutch market is one thing, but the English-speaking market has lots of free content.
In Germany, France, Holland and Scandinavia publishers very often have different content for Web and print. Der Spiegel, for example, has different Web and print editors, with completely different content. In those markets, Blendle has an edge because we have information not available elsewhere.

We also think there’s a new group of people we can reach. Young people often haven’t paid for journalism, and they don’t want to register for lots of different sites as they’re putting up paywalls. Right now, it’s easier to buy Angry Birds on your iPhone than it is to buy journalism on your phone. That’s what we want to change. We’ve made payments as frictionless as possible.

Does paid content work on social?
Straight news doesn’t get shared well at all, whereas pieces that add context or go in depth work really well. So do longer profiles of notable people or celebrities which aren’t easily available on the wider Web. In the U.K., you’re used to seeing print stuff go online too, but that’s just not the case in the rest of Europe.

One of the reasons why Axel Springer and The New York Times invested is because we try to build stuff and see what sticks. We’re rapidly building new features. News organisations are online, but not many of them try new stuff. Their website is something they live with but don’t often experiment with.