Last month, we went to Vail, Colorado, for the first-ever Digiday Moguls event, where 30 C-level media executives discussed the biggest challenges and opportunities their companies face. The event was followed by the Digiday Publishing Summit, which gathered hundreds of high-level media executives to discuss similar issues in the media business. We surveyed these top executives to get a pulse of the industry. Here’s what they said.

It’s Facebook or…investing on your own platform
Distribution remains the biggest issue for media companies these days. And the biggest distribution player, Facebook, is taking up a lot of people’s time even if, as one Moguls attendee said, “Facebook’s core business is not to be in the business of content — they don’t give a shit about that… Their goal is to grow engagement on their platform.” It’s why, outside of Facebook, most top media executives at Moguls are focused on things that they can control and monetize: their own sites and apps.

This doesn’t mean the distributed-media model is dead. As one major publishing executive said, “It’s about being both a destination and a distributed brand. We want people to come to us, but we also need to reach people on all these different platforms.” Which means saying yes to many of the distribution opportunities that arise when platforms seek top publishers, but also being wary of when it might be time to pull back or completely leave. 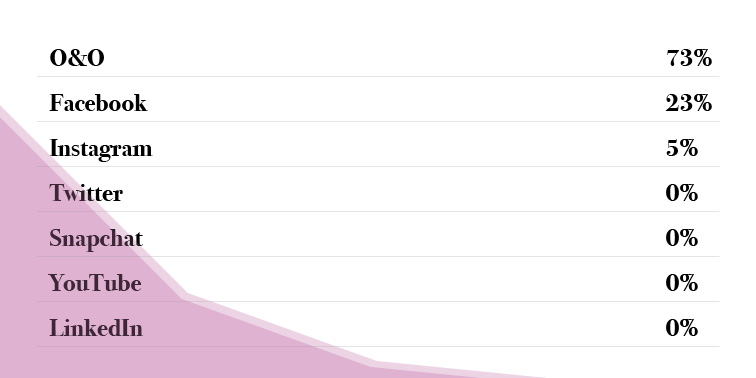 Sponsored content pays, because Facebook doesn’t
Advertiser-funded content was cited the most by DPS and Moguls attendees in terms of growth opportunities. It’s easy to see why: That’s the only way to make real money on Facebook these days. Facebook is now in its third attempt to help publishers monetize video with its ongoing rollout of mid-roll ads. Most Moguls attendees, many of whom work for companies testing out the product, were skeptical that mid-rolls are the answer. They’ve been burned before by post-roll ads and the Suggested Videos product.

Publishers are also pushing back on Instant Articles, which has not been the money-making engine that some hoped it would be. “We’re only on [Google] AMP. The monetization isn’t worth it on Instant Articles,” said one publishing executive. Another exec noted that only 20 percent of the publisher’s articles are pushed through Instant Articles. “We have pushed back with Facebook early on about the number of ad units it allows. They have to match the monetization that we can do on our own for us to go 100 percent.” 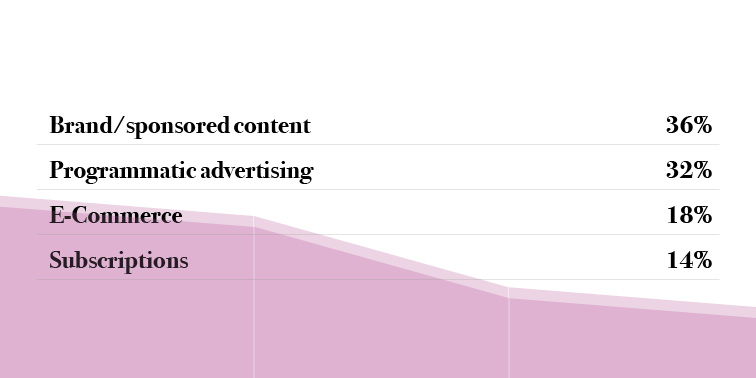 It helps that the publishers doing sponsored content are seeing healthy margins. One publishing executive noted that his company was able to make mid-six figures in profit by producing live content for brand partners and then distributing that content on Facebook and Twitter. The question, as always, is whether this is scalable (it’s not, according to most savvy publishers) and sustainable. More recently, publishers have been banding together to cross-sell marketers on sponsored content so they don’t lose out on the RFP entirely. 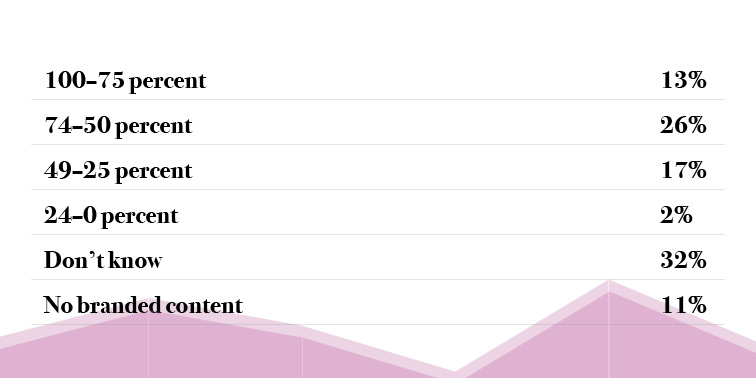 Audience development is becoming key as loyalty becomes more important
It’s not enough to simply make content and put it out in the world — you have to hire growth-hackers, data scientists, who can figure out how to get people to consume it. Take CNN, which used to be just a TV network but now is on almost every platform imaginable. The company recently created a 15-person audience development team comprised of data scientists and analytics experts and expects to double its size in the next two years. The goal: to strengthen CNN’s relationship with its audience, which includes a growing number of people that access the company’s content on its mobile and TV apps — another focus area for a company that’s focusing on direct connections.

Do you have a team focused on audience outreach/engagement? 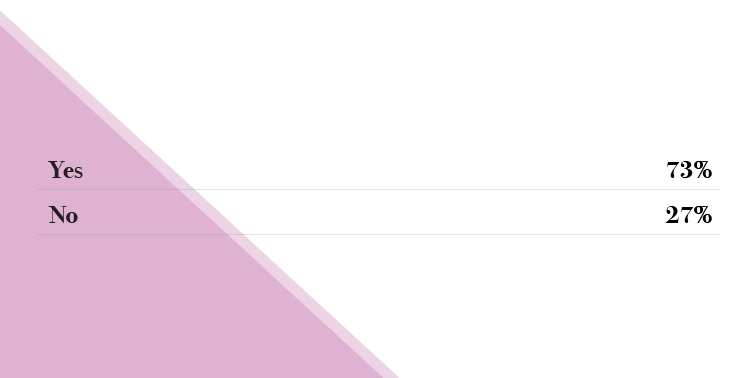