How BBC Worldwide views the shift to ad automation 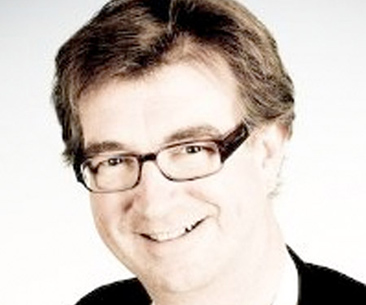 BBC Worldwide’s svp of sales operations and commercial production Tom Bowman is bullish about the programmatic advertising market, but thinks there’s still so much for the industry to figure out at a collective and an individual level. Its strategy for navigating these choppy waters is simple: make the technology work for you, don’t work for it.

Here’s his assessment of the latest moves in the market place and how it’ll evolve:

What’s your take on the shift towards programmatic?
It’s obviously a great way to handle enormous volumes of impressions and we’re embracing the technology, but I’d also stress that it’s not a panacea. The business models have to work for you as well as the technology. Publishers shouldn’t just switch everything onto programmatic and think they’ve done the job.

What needs to change?
There’s still the question of whether the digital advertising business model is correctly sorted out. Some products have very short purchase cycles, so attribution works really well, but you can’t apply the same rules to every product. The technology can’t measure long-term value right now.

The industry also needs a few more common standards about what constitutes an audience segment that works across different media owners from the buy side and the sell side. This will help build liquidity in the system.

Thankfully, viewability technology is bringing a certain level of scarcity to the market. When you have scarcity, you return to a more controlled world as opposed to just flinging out the advertising message anywhere, seeing what sticks and optimizing on that basis.

How big of an issue is data leakage for publishers?
If you let people drop cookies on your website and just let them use that data however they like, don’t be surprised if they use cookie-matching to model a look-alike audience and buy around you. But counter to this trend, buyers are finding that publishers’ first-party data is often lot more useful and valuable, and more accurate.

Is the promise of efficiency bearing fruit for BBC Worldwide?
A couple of years ago there were people saying “this is all going to be automated, you won’t need sales people,” but it’s perfectly apparent that’s not the case. You still have to have relations between the buy side and the sell side. It wasn’t very long ago that people said private marketplace deals would never catch on, yet they are, because it turns out to be quite a good way to do business.

Are questions about accountability a worry for the industry?
Trillions of ads are served in the U.S. each year, but there are only 300 million people and advertisers are asking how many ads which are served have actually been seen. It’s an industry-wide concern. Only this week I heard retail advertiser say, “Why would I pay for something that wasn’t being seen? Why would I not just switch the money to in-store point of sale where I know humans are seeing it?” That said, perhaps it’s a little overblown. The company involved in the FT’s bot traffic story, RocketFuel, has recently been verified by the IAB to prove that its ads are actually served to real people, so that story might not be all that it seems. It’s also fair to say there’s a limit to the capability of any media owner to prove that an ad has been seen — in print, TV and digital.

What’s behind the digital upfronts we’re seeing in the U.K.?
The progression of programmatic quite possibly takes us in a similar direction to the TV upfronts, which are a great way of helping buyers and sellers optimize their spend. It’s certainly a good idea in theory, but the technology still has to work, and sometimes it doesn’t.

Can you see the same idea taking off globally?
While programmatic is massive for us in the U.S, there are actually quite a lot of markets around the world where it’s pretty much unheard of. It may stay like that for some time in some places due to their culture and the way they do business.