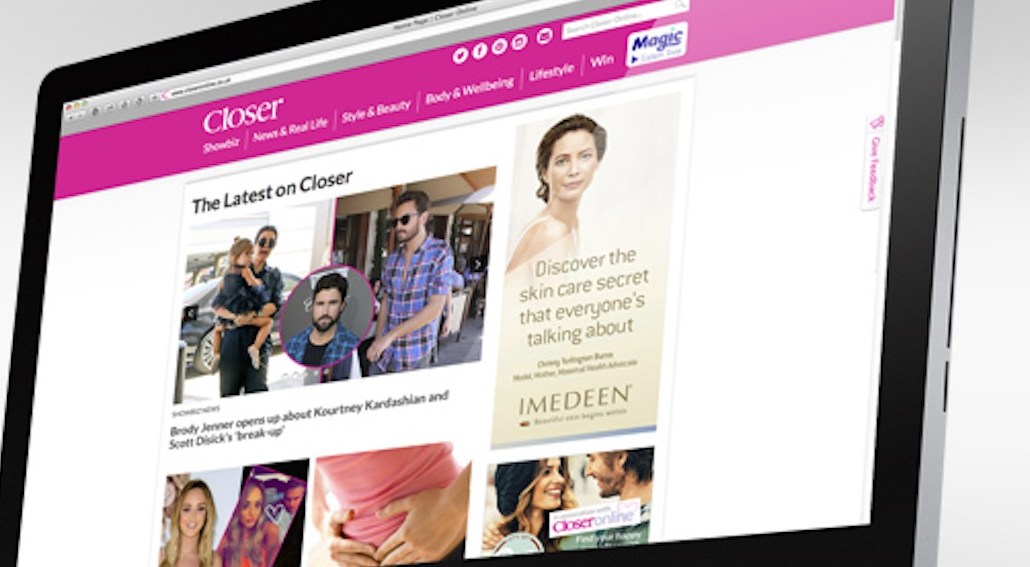 The media company encompasses print and online magazine brands, including Heat and Grazia, and radio stations Kiss FM and Magic. It also has a 50 percent stake in British TV company Box television, the other half of which is owned by Channel 4. With a reach of 22 million U.K. consumers, its audience rivals the BBC’s.

It launched as an extension of RadioOffers, Bauer’s regional radio discount site, which according to the company has 150,000 subscribers who are highly engaged, with the site clocking 130,000 unique monthly views. Dabbl lets national brands like Zizzi, Pizza Hut, Toby Carvery and Reel Cinema, gain a slice of this pie.

Dabbl, which was a year in the works, is the latest product to come out of Bauer Media Xcel, the company’s division that has focused on commercial products and selling inventory and audience insights to advertisers.

“Xcel Media was launched as an exercise to accelerate more investment in digital,” Jones said. “We wanted to recognize that digital deserved more focus from a corporate level. We knew we needed new processes, new talent and new ability.”

In recent months, Bauer has strengthened Xcel with four top-level execs including ex-Argos digital engineer Matthew Hobbs and Akhil Suchak from Viacom, among others.

Jones said the media company adopted a more bullish approach in diversification. “Other publishers looked at matching the business challenge with an incremental gain with digital,” he said. “Bauer took a different approach. We wanted new businesses; it’s a different cadence.”

As such, Xcel operates completely separate from the media company’s publishing efforts.

“We recognized that in order to be successful in our transactional businesses we need to treat them very differently [to our publishing properties],” he said. Business success where transactions are the outcome will be a quick journey, while publishers measure success on digital properties through increased dwell times. “They attract different audiences, different behavior, different metrics, different user experience, different ways of communicating.”

“The biggest challenge is how to measure up the opportunities and decide on which one to go for,” says Jones. “The key is marrying the creative Zeitgeist minds with pure-play product development.”

If the launch of Dabbl shows anything, it’s Bauer’s attempt to scale local opportunities nationally and with speed. Investment in Xcel will stand Bauer in good stead.

“We wanted to build it and grow it, not just incrementally scrape by.”