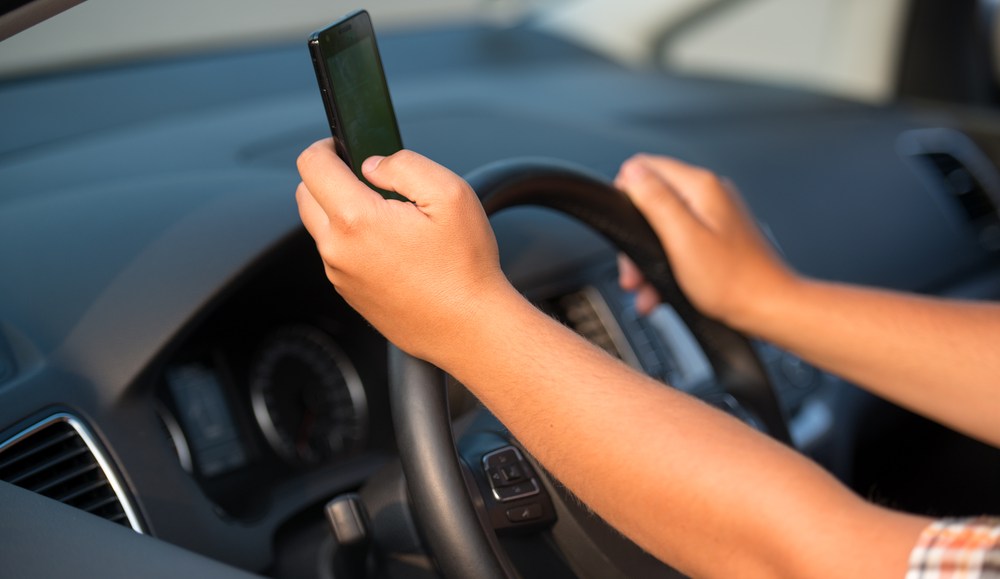 AT&T’s “It Can Wait” campaign has generated hundreds of millions of social impressions and actions over the past two years, but no tangible results. The lack of results illustrates how difficult it is for brands that are successful on social media to affect change in the real world.

Frustrated by the lack of success, AT&T has turned to Twitter to run a survey among certain users regarding their awareness of “It Can Wait” — and whether they associate the campaign with AT&T and the #x hashtag with texting while driving. 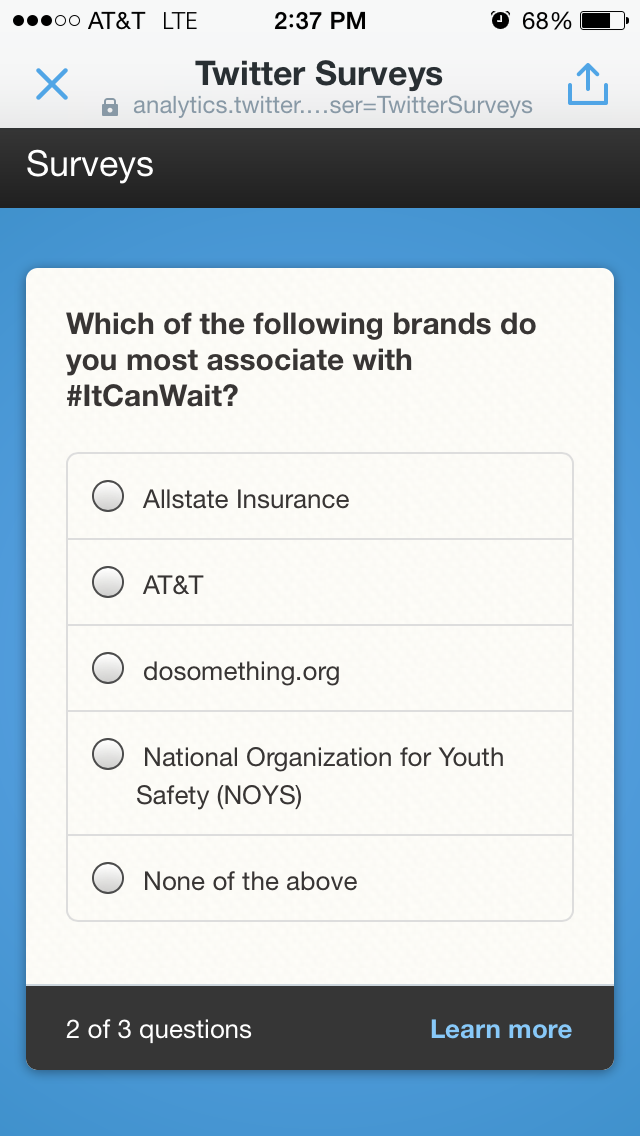 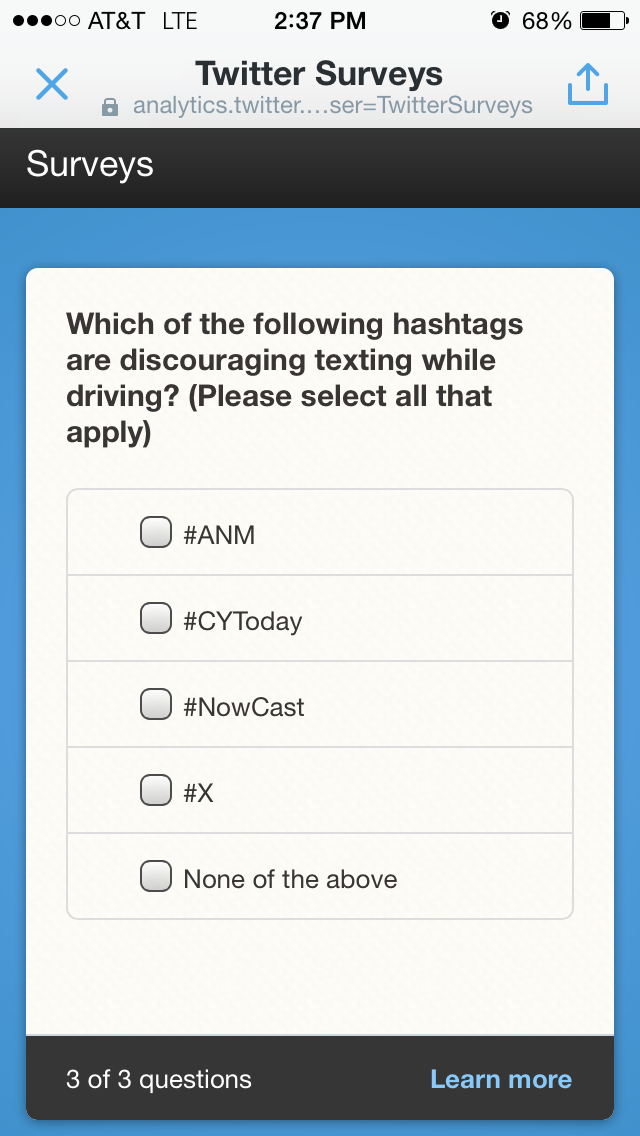 In this case, the survey and internal AT&T research illustrate just how fruitless AT&T’s “It Can Wait” campaign has been.

AT&T’s failure to curb texting and driving is not for lack of trying. The company launched “It Can Wait” in March 2010 with the aim of stigmatizing the activity as Mothers Against Drunk Driving (MADD) did with drinking and driving. Over the last two years, AT&T has done everything from outreach sessions at schools and homepage takeovers to tweets from Ryan Seacrest and a Werner Herzog-helmed documentary about the dangers of texting while driving called “From One Second to the Next.”

Your life is more important than a text message. Take the pledge to never text & drive at https://t.co/b5FWgipOeG. #ItCanWait

Internal AT&T documents on the campaign reveal that “It Can Wait” has rendered hundreds of millions of impressions but few results. And given that the campaign has been so focused on digital — and social, specifically — it raises doubts about whether social engagements correspond to a brand’s goal.

They don’t, according to Jeff Melton, chief analytics and media officer at digital agency MRY. AT&T selected MRY in April to take over the “It Can Wait” campaign from incumbent BBDO.

“For example, consumers might share, like or comment on a post because of the imagery but not fully agree with the copy or messaging,” Melton added. “That’s why the industry is moving away from measuring engagements to partnering with third parties for more accurate measurement.”

Still, AT&T listed those hundreds of millions of Facebook, Twitter and YouTube users it reached with “It Can Wait” in the successes portion of an internal document dated Feb. 11, 2014 (slide 15 in the document embedded below).

But buried a little further down in the document is the percentage of consumers who reported not having seen any messages regarding the dangers of texting while driving: up two points from 38 percent in September 2012 to 40 percent in June 2013 (slide 40).

More troubling, the percentage of people who copped to texting while driving increased as well, albeit ever so slightly, over this period of time, from 68 percent to 69 percent (slide 41).

It Can Wait Overview

The ineffectiveness of “It Can Wait” was further underscored by another AT&T document dated March 2014 that showed that young people continue to text and drive despite acknowledging its danger. They justify the behavior — “[I] only do it at stop lights,” “[I] only check my phone” — and thus don’t feel compelled to stop (page 4 in the document embedded below).

For its part, AT&T defended its track record in a statement to Digiday. “As part of our It Can Wait campaign, we do surveys regularly measuring awareness and behavior change and have found we are making a difference — about a third of people say our no-texting-while-driving message has changed their behavior,” a spokesperson wrote.

But still, the perceived lack of a texting and driving problem among young people renders AT&T’s DriveMode app, which silences incoming calls and messages, worthless to many.

It Can Wait: Report on focus groups with young drivers

Granted, convincing the youngs to put down their phones is a far different ask than trying to upsell them on a data plan. But the results show that social media engagements are not themselves an indicator of success, and shouldn’t be measured as such.