Are ‘Welcome Ads’ the New Popups? 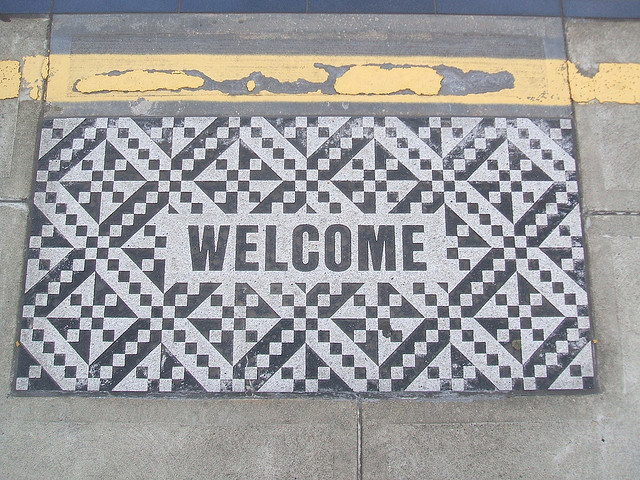 The pop-up era wasn’t exactly a proud moment for Internet publishing. Users hated them, editors hated them, just about everybody hated them except for direct-response advertisers. So publishers held their noses, told their editors to zip it, and sold tons of them.

And now, wouldn’t you know it, they’re back in a new guise, with the somewhat Orwellian moniker “Welcome Ads.” You’ve probably come across these in your Web travels to high-quality sites like Forbes, Fast Company, The New York Times, Bloomberg Businessweek and The Atlantic. If you landed on Forbes.com yesterday, you first got a detour to a page with a 20-second animated ad for data-storage company NetApp.

Disruptive ads are nothing new — every medium has them — but the Internet seems to constantly come up with new ways to present ads in a manner that many find, well, jarring. It used to be rich-media ads with animated characters dancing across the screen. Pushdown ads continue to be popular on highly trafficked homepages like those from The New York Times and ESPN. But the search and social media era has obliterated the central role of the homepage. That means publishers are without as many marquee, interruptive placements to garner high rates. That’s where Welcome Ads come in. A publisher can get rates three to four times the typical ad on the site. For example, on Forbes’ rate sheet, it charges a $222 CPM for a Welcome Ad on its rate card compared to $136 for standard banners. Fast Company charges $200 CPM, double its basic display placement. Not bad.

The risk is similar to the pop-up challenge. Pop-ups were also able to command a premium — and then they became ubiquitous and synonymous with spam. Publishers simply couldn’t control themselves, particularly in an obliterated ad market reeling from the dot-com meltdown. This time around, publishers promise, it’s different. Most publishers claim to frequency cap Welcome Ads at one per day per user. Most expire after a set period of time and give users the option to click out of them.

Advertisers love the idea of having a visitor’s undivided attention, particularly when their regular banners are competing on the page with several other placements and all manner of content.

“They’re a high-attention unit in a world where we’re trying to increase the viewability of the ads,” said Brian Monahan, managing partner at MagnaGlobal. But Monahan added that publishers really don’t need to have a welcome ad. “You can do similarly attentive impressions if you do things like one rising star unit per page or embrace new design layouts inspired by tablet pagination.”

Leaving advertisers on the periphery is, in some ways, the original sin of banners, according to Peter Minnium, head of brand initiatives at the Interactive Advertising Bureau.

“That was a big change from how viewers were used to seeing advertising on TV and even in print,” he said. “It’s integrated into the user’s activity stream.”

And yet it’s hard not to wonder if inserting a brand message where people are expecting content is the same as the relatively seamless experience of flipping magazine pages.

Despite their increasing popularity, Welcome Ads exist outside the standardized Web ad system. Each publication sets its own rules on the format, as well as how often they serve them. Forbes claims it serves one per day, but it sure seems to this reporter that he gets his fair share of them on a daily basis. The Atlantic only serves one per every 24-hour visit.

“The fact is, there’s a lot of great free content that cost a lot to produce, and marketers have had success with welcome screens,” said Scott Havens, svp of digital and finance for The Atlantic. “It’s in the consumption click, where visitors are exposed to an interactive ad, and that opportunity for marketers is a good one and is why they’ll pay three to four times higher for them than on site.”

According to Minnium, many publishers are developing some sort of full-page interstitial, which is served at a place they’ll get the biggest audience, like the login and logout pages.

“The truth is, if the publisher makes enough money in extreme ads like that, but leave the reader in control, but unclutters other pages, it’s a great tradeoff,” Minnium said. “It may relieve some pressure at the margin so they don’t have to do gregarious things, like revenue per page.”

Some publishers are unswayed. Slate, for one, doesn’t think the extra revenue makes up for the user’s annoyance such intrusive placements trigger.

“We’re not asked for it a lot,” said John Alderman, Slate’s publisher. “From our perspective, it steps over the balance of ideal user experience and what the marketers need.”

Welcome Ads are typically part of larger packages, but there’s a lowest-common-denominator aspect to them. They seem to play to the “make the logo bigger” stereotype of advertisers rather than finding smart ways for brands to be truly welcomed.

“Publishers are realizing there are other ways to create highly attentive ways that don’t piss off their users,” Monahan said. “There’s a battle for the soul of Web publishing.”