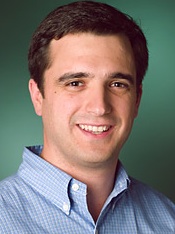 Apple’s stumbles with the introduction of iAd can, in large part, be traced to a fundamental misunderstanding of how the business worked. It stepped on the toes of agencies, priced itself out of the market, and promised breakthroughs that weren’t really all that special. That can be chalked up to inexperience, but it now has an experienced hand at the lever with the new iAd chief Todd Teresi.

Teresi is a known quantity to Madison Avenue, serving a long stint as a Yahoo executive before moving to Quantcast and most recently served as Adobe’s vp of media solutions. Apple also beefed up its Madison Avenue ties with the recent addition of Carrie Frolich, a former top digital exec at MEC, to head agency relations.

Despite attracting big-name advertisers for its launch in 2010, iAd has struggled to gain serious traction among advertisers ever since, thanks largely to the fact cheaper alternatives are readily available from numerous rival networks such as Google’s AdMob and Millennial Media. In addition, agencies and advertisers have repeatedly complained about Apple’s lack of understanding of the ad business, despite the fact that it built iAd on the back of the Quattro mobile ad network it acquired two years ago.

Apple lost its original head of iAd, Andy Miller, founder of Quattro, in August, when he jumped ship to the venture firm Highland Capital.

That’s where Teresi comes in. At Adobe he oversaw numerous ad-related acquisitions, including video ad platform Auditude and search-and-social ad-buying platform Efficient Frontier. Prior to Adobe he also held senior advertiser- and agency-focused positions at both Quantcast and Yahoo, so he brings a range of experience to the role. At Yahoo, Teresi served as vp of global sales operations during its heyday in 2001-2006. After a stint running Yahoo’s publisher network, Teresi jumped to Quantcast, where he morphed it from an audience-measurement service to a ad-targeting business. Teresi joined Adobe in May 2011.

At Apple, Teresi’s first job is to regain its momentum on the ad side. After early fanfare, iAd has lost much of its sizzle. According to estimates from research firm IDC, iAd is already losing the market share it carved out for itself in 2010, despite the fact Apple continues to tip investment into it.

Despite its agency-relationship issues, though, the main issue for many advertisers remains the super-premium attitude Apple has towards the product. As a result, it might be better off further lowering its prices and its minimum spend requirements in order to attract more interest in what remains a relatively immature market.