Why Grindr is trying to become a publisher 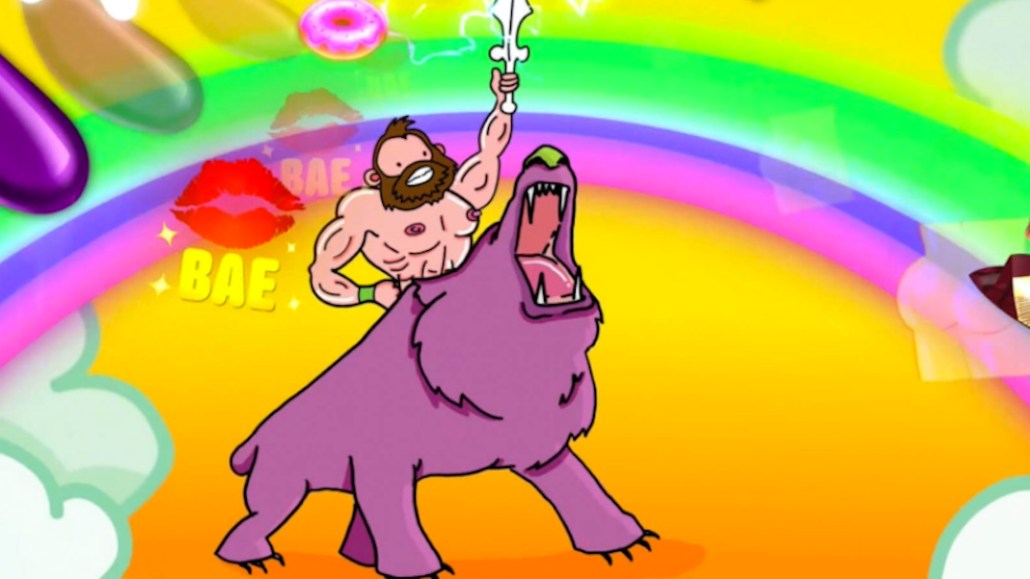 Correction: A quote in this story has been altered to reflect Grindr’s outlook on brand safety.

Even sex apps want to be seen as brand-safe these days.

On Tuesday, gay hookup app Grindr launched a digital magazine called Into, which had been in pilot mode since March.

Because Into’s content is less about having sex and more about pop culture, fashion and travel, Grindr hopes its new publishing arm can win over big brands that are otherwise pretty nervous about preventing their ads from appearing next to sexual content. Grindr didn’t deny its app can present brand-safety concerns for advertisers, but emphasized that its new website will open the doors to working with a broader range of brands.

“Not every company wants to advertise in a dating app,” said Peter Sloterdyk, vp of marketing at Grindr. “But Into’s content is very different from the app. With Into’s launch, we are introducing Grindr as a total lifestyle brand.”

Similar to ads on Grindr, some of the ads on Into are specifically tailored toward gay men. For instance, its homepage features two ads that promote HIV prevention. Truvada for PrEP, an antiretroviral drug that helps prevent HIV transmission, also has ads within articles. 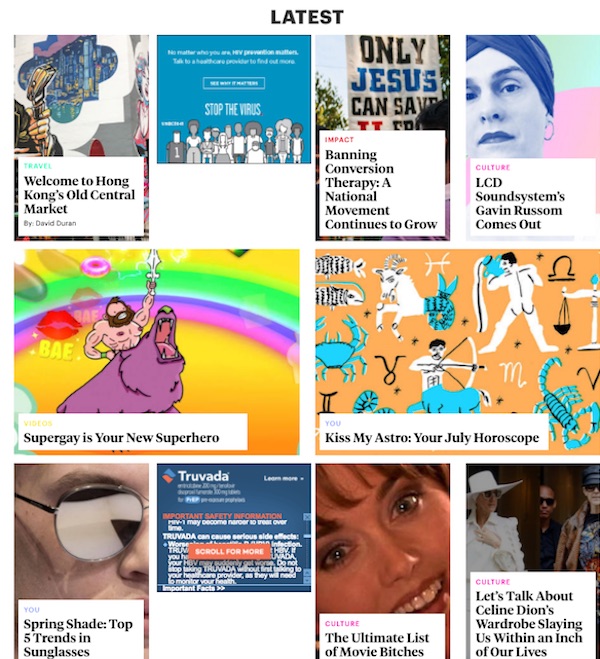 But there are also ads from national brands like ice cream maker Halo Top and the FX show “American Horror Story.” Over the next month, about 10 more national brands will run campaigns on the site, said Michele Tobin, vp of brand partnerships at Grindr.

Ian Schafer, chief experience officer at Engine and founder of ad agency Deep Focus, believes liquor companies and brands who have supported LGBT pride, like Doritos, will advertise on Into. Since sex isn’t considered to be brand-safe for most advertisers, Grindr was smart to brand its publishing division with a new name, he said.

“While many advertisers will not touch sexual content, there is a trend [among ad execs] that advertising to the LGBT community has upside,” said Schafer, who was bullish about the hookup app leveraging its audience to create a new brand. Grindr has 5 million active users per month, according to Apptopia. For comparison, dating apps Zoosk, Bumble and Tinder have 1 million, 3 million and 77 million active users per month, respectively, per Apptopia.

Grindr hired seven full-time editorial people to create content for Into. Former Out magazine editor Zach Stafford is the new website’s editor-in-chief. The content aims to attract millennials, the elusive demographic that advertisers are most thirsty to reach. Among Grindr’s users in the U.S., 64 percent are under 34, according to Apptopia.

Into is entirely ad-supported and relies heavily on display ads. It also serves pre-rolls, as seen below. Branded video and events are coming to the site, said Tobin, who declined to provide a timetable.

All of the ads are sold directly, but Into plans to eventually sell its display inventory programmatically. About 30 salespeople from Grindr work part of the time on selling Into inventory.

Grindr’s users spend 54 minutes on the app per day, on average, according to App Annie. To increase the amount of time users spend in the app, Grindr is working on building a tab in its app that would feature Into articles. But the tab won’t launch for several months since its web developers have to reconfigure the app to load the articles natively within the app rather than pulling them from the mobile web, where content takes much longer to load.

Into’s launch comes at a time when screenshot activists have spooked CMOs to pull their ads from any potentially controversial subject that includes not just sex but even hard news. Aside from already having to compete with dating services like Tinder and OkCupid, launching a publishing division means Grindr will also compete with LGBT media stalwarts like Out and Advocate and large digital publishers like HuffPost and BuzzFeed, which have sections on their sites dedicated to LGBT news. But Sloterdyk insists the space isn’t too crowded for a new player.

“We see a lot of content that is focused on an older generation because [popular LGBT publishers] have been around forever,” he said. “They paved the way in a beautiful manner, but they are not taking full advantage of that millennial audience.”