About.com came of age — and thrived — in the time of portals. But as big one-stop-shop sites lose relevance, it’s embracing the power of focus in verticals in categories like health, home and finance. It’s begun unbundling the About portal, starting with a health vertical site called Verywell, with plans to roll out a couple more new verticals by the end of the year.

About wants Verywell to stand on its own — the site only mentions About in the footer. But behind the scenes, Verywell will still benefit from high search rankings built over the year’s by About’s taxonomy. The trick now is for Verywell, and the other vertical brands to come, to develop their own identities with consumers.

“There was a time in the ’90s when people trusted scale,” said Neil Vogel, CEO of About. “Cut to today. The brands you trust are the specialty brands. We’re a department store that needed to be broken up into specialty stores.”

The hope is that the vertical approach will also help About.com with advertisers. Health, for example, is written by 115 medical and health experts who work on a contract basis, with oversight by a 12-physician review board. But advertisers tend to put it in the general interest bucket, Vogel said.

“The No. 1 reason we lose business is, people don’t view us as endemic,” Vogel said. “It’s still on the same domain as ‘How do you make barbecue sauce’ or ‘stain a deck.’”

About has a big audience as it heads into its transition. ComScore ranked it the 40th biggest site in March, with 67.5 million unique visitors. Its health channel is in the top five in terms of traffic. But traffic isn’t growing, and like other sites, About is at the mercy of the platform algorithms, especially search, which supplies some two-thirds of its traffic. 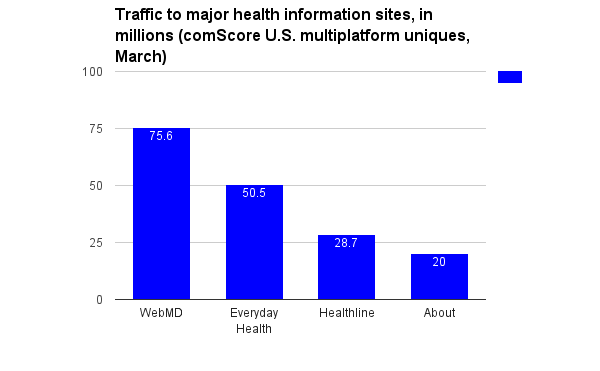 Vogel and his About team are hoping that people will go to the site because it’ll clearly be a health destination, and that their experience will be good enough that they’ll come back, which will make Google’s algorithm like it. The company also has lots of newsletter subscribers that it can use to drive people to the new site.

Once they’re there, About.com went to lengths to make Verywell feel serious but friendy. People searching for health information are often anxious to start with, and About also wanted to appeal to young readers in mind; fully 35 percent of its audience is 18-34, according to comScore. The site, designed with help from Big Medium, took inspiration from youth-aimed sites such as Mic and Ozy and features colorful illustrations instead of stock photography when possible. 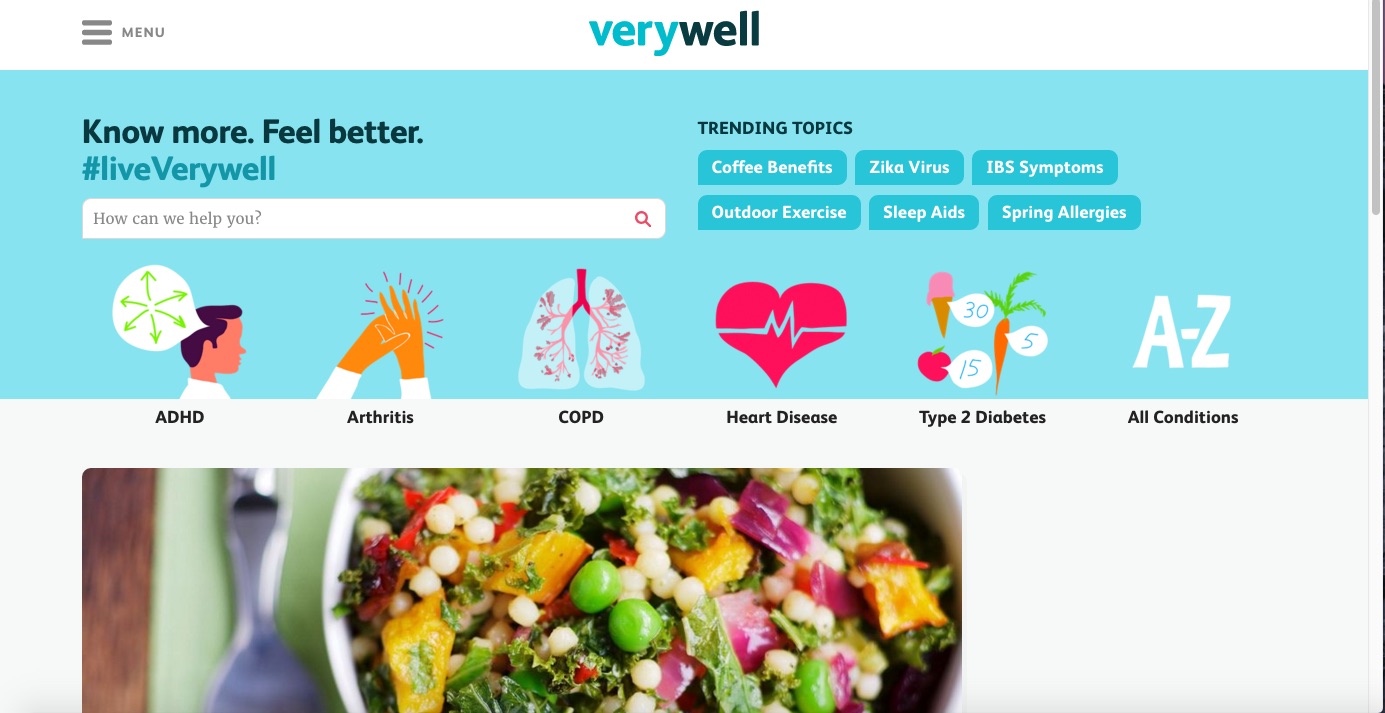 “The execution is going to be challenging because they’re going to be competing with WebMD and Everyday Health,” said Becky Chidester, president of Wunderman Health, a division that creates digital strategy for healthcare clients such as hospitals and pharmaceutical companies. Verywell has an opportunity to appeal to consumers’ broader health interests that go beyond just looking up symptoms and learning how to live a healthier lifestyle, she added.

Along with the brand-new look and name, About has been trying to reduce its reliance on search; to that end, it’s carving off specific areas like pregnancy as their own Facebook pages, recognizing that people are more likely to gravitate to narrow communities of interest than general ones. When it launched a Facebook page for new and expectant mothers, the page got more than twice the engagement of About’s other Facebook pages.

There’s a lot riding on Verywell’s success; it plans roll out at least two more verticals this year, but it’s starting with its biggest channel. “The idea is, burn the boats,” Vogel said. “The cover-everything model isn’t the future for us.”